So You Think You Know How A Shark Works? Here’s What You Didn’t Know 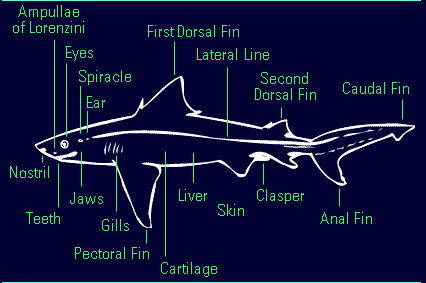 In the third day of Discovery Channel’s Shark Week, Grit Daily brings you seven electrifying facts that you probably didn’t know about a shark’s anatomy.

#1 –Sharks Come In Many Shapes and Sizes

In the very unlikely case that you have come directly across a shark within table-conversation distance, you should know that all sharks have the same basic body plan—a head with eyes, nostrils, a mouth, and a body with a tail and fins.

Your typical shark has a long, narrow, torpedo-shaped body, which allows it to move quickly through the water. Most sharks are well-equipped to travel swiftly and quickly—the effect of which is that water can move past them easily with very little resistance or “drag.”

A shark’s nose, or “snout,” can appear in various shapes. Most have pointed-like snouts, however, some sharks, like the sawshark, have very long, sawlike snouts, or the goblin shark, which has a horn-shaped snout.

Did you know that engineers sometimes study sharks to determine the best shapes for plane wings or boat hulls?

Take the Carpet shark for example—the “wobbegong,” has a flat body shape, helping them to hide from predators and pretty on the sea-bed.

Angelsharks have wide, spread-out fins that look like wings.

Hammerhead sharks are probably the most easily-identifiable shark because their heads are shaped like wide, flat hammers.

A typical shark has up to seven fins, not including its tail. A shark’s fins helps it to balance, change direction in the water, and also to slow down.

The large fin we see on the back of sharks is called the first dorsal fin. Its purpose is to stop a shark’s body from swinging from side to side while swimming, and sometimes sticks out of the water—your typical “Jaws” warning sign of a shark heading your way.

The two large pectoral fins near the front of the body help a shark to steer and stop it from sinking.

Its two pelvic fins are underneath its body, near the tail—helping to lift the shark up in the water and stop it from sinking.

#3—Learn to Identify Sharks By The Tail

If you can look at a shark’s tail and accurately identify it, you have discovered the answer to marine life. The shape of shark’s tail, or caudal fin, usually indicates its swimming speed.

High-speed swimmers, such as The Great White, have equal upper and lower lobes, while cruiser sharks such as the tiger shark have a larger upper lobe.

Slower-speed swimmers, such as the horn shark, have large, flat tails.

For those sharks that swim in the open ocean, they tend to have slimmer, more curved tails, but still have a larger upper lobe to the tail.

The two tail lobes on the caudal fin, are an equal size in the fastest shark, such as the mako shark. This makes the tail a curved shape and produces a powerful thrust, propelling the shark forward at high-speed.

For sharks such as the Great White, Mako, and/or Porbeagle, the ridge, or keel on the tail, provides stability while swimming, helping them to turn more easily in the water.

#4—Rough Around the Edges

Unlike most fish, shark’s don’t have scales. Rather, their skin is much harder with tiny, hard-points called “denticles.” They have the same composition as teeth, hence the meaning of the name “denticle”—little tooth.

Denticles range from microscopic in size to about 0.2 inches across. These denticles give the shark protection from enemies and help them slide easily through the water.

If you were to touch a shark’s skin, it would feel very rough, like sandpaper—some swimmers have been badly scratched simply from brushing up against a shark. The denticles on the side of a shark’s body are the sharpest to ensure fast movement through the water.

As sharks swim through the water, they release a slimy substance from their skin to help them move faster. However, a shark’s denticles eventually fall out and are placed, just as their teeth are.

#5—They’re Not So Different From You and I

Sharks are vertebrates, meaning they have a skeleton with a backbone. Unlike humans, however, shark skeletons are not made of bones, but rather, a strong, flexible substance called cartilage.

Muscle. Just underneath the skin, a thick layer of muscle resides, helping the shark to move its body from side to side as it swims through the water. Like most animals, a shark has many of the same vital organs to survive—heart, gallbladder, liver, stomach, kidney, and intestines.

Heart. Say what you want about sharks, but they do have hearts—literally. Located just behind the shark’s lower jaw, the heart is made of a thick blood vessel folded back on itself and divided into four chambers.

Stomach/Liver. Its liver contains lots of oil, which allows the shark to float. Why? Oil is lighter than water. A shark’s digestive system consists of a long tune, with the mouth at one end, and an exit hole, called the cloaca, at the other. The process of digestion begins in the shark’s stomach, where strong acids and juices break the food down into a soupy paste. A shark can shoot its stomach out of its mouth and swallow it back inside its body again in just a few seconds. Gross.

Food Intake. Since a shark’s stomach is incredibly stretchy, it can consume large amounts of food quickly—including humans. Sharks need oxygen to convert their food into energy. So how do they do it? They take in oxygen from the water through their gills and pump it around their body in their blood.

Blood Flow. Most sharks are cold-blooded, meaning their blood is the same temperature as the water around them. However, there are few species, such as The Great White, Salmon Shark, and the Mako, which are warm-blooded, allowing them to hear their blood to be a warmer temperature than their surroundings. This helps them adapt to cooler environments to hunt.

Teeth. If you have been keeping up with this year’s Shark Week programming on Discovery Channel, you may have seen a segment where researchers were testing the sharpness of a Great White’s tooth on a piece of animal meat. That tooth sliced right through the meet like an exacto knife, with little to no effort.

Evidently, a shark’s teeth are as sharp as razors. Each tooth has serrated edges with tiny, sharp points, like a saw. This allows them to cut through meat easily. Unfortunately, their teeth are also very sensitive, so the tooth fairy visits them quite often.

In a lifetime, some sharks will go through 30,000-50,000 teeth, according to the University of Florida. Think of a shark’s gums as a conveyor belt—the rows of teeth constantly move forward, slowly. Gradually, the front row wears out and a new row of teeth replaces them.

Despite rumors that sharks are blind, most sharks have big eyes and extremely good eye-sight. And yes, they can see everything in-color. Sharks need to be able to see well in the dark, as there is limited light underwater.

As a shark swims, water constantly flows into the nostrils on its snout. A shark uses its nostrils and snout purely for detecting scents in the water—so use deodorant.

Sense of Smell. Debunking the “don’t wear red” in water business, sharks can smell blood in the water, even if its diluted to one part in ten million. It’s not the color of your bathing suit that would attract a nearby shark—rather, a tiny scratch on a swimmer’s skin has been known to attract a shark.

Did you know that a great white shark can smell tiny amounts of blood in water up to three miles away?

Sharks also use their sense of smell to detect mates and to help them find their way on long migration journeys. The sense of smell is the most important sense for many sharks.

Hearing You. Sharks do in fact have ears, though they are extremely difficult to spot. The openings are tiny holes, just behind the eyes. People sometimes confuse the spiracles, which are used for breathing, for ears.

Sharks hear low sounds best, such as the noise made by an injured animal underwater—detecting sounds from more than 650 feet away.

They can also detect the sounds of air bubbles coming from scuba-diving tanks.

At the end of the day, a shark’s ears help them to keep their balance. The movement of the fluid inside their ears, or “labyrinth,” helps tell them which way up they are.

Sharks are electrifying. Besides their ability to see, hear, touch, taste, and smell, a shark can also sense the tiny amounts of electricity given off by other animals. This sixth sense is known as the ampullae of Lorenzini, named after Stefano Lorenzini, an Italian scientist who studied the anatomy of sharks. 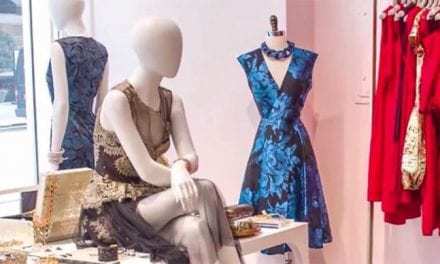 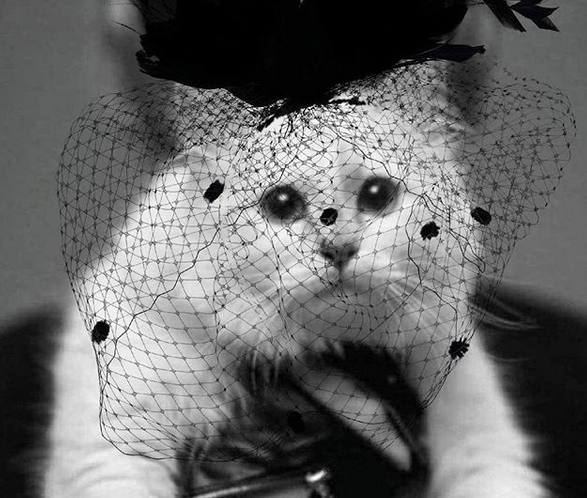 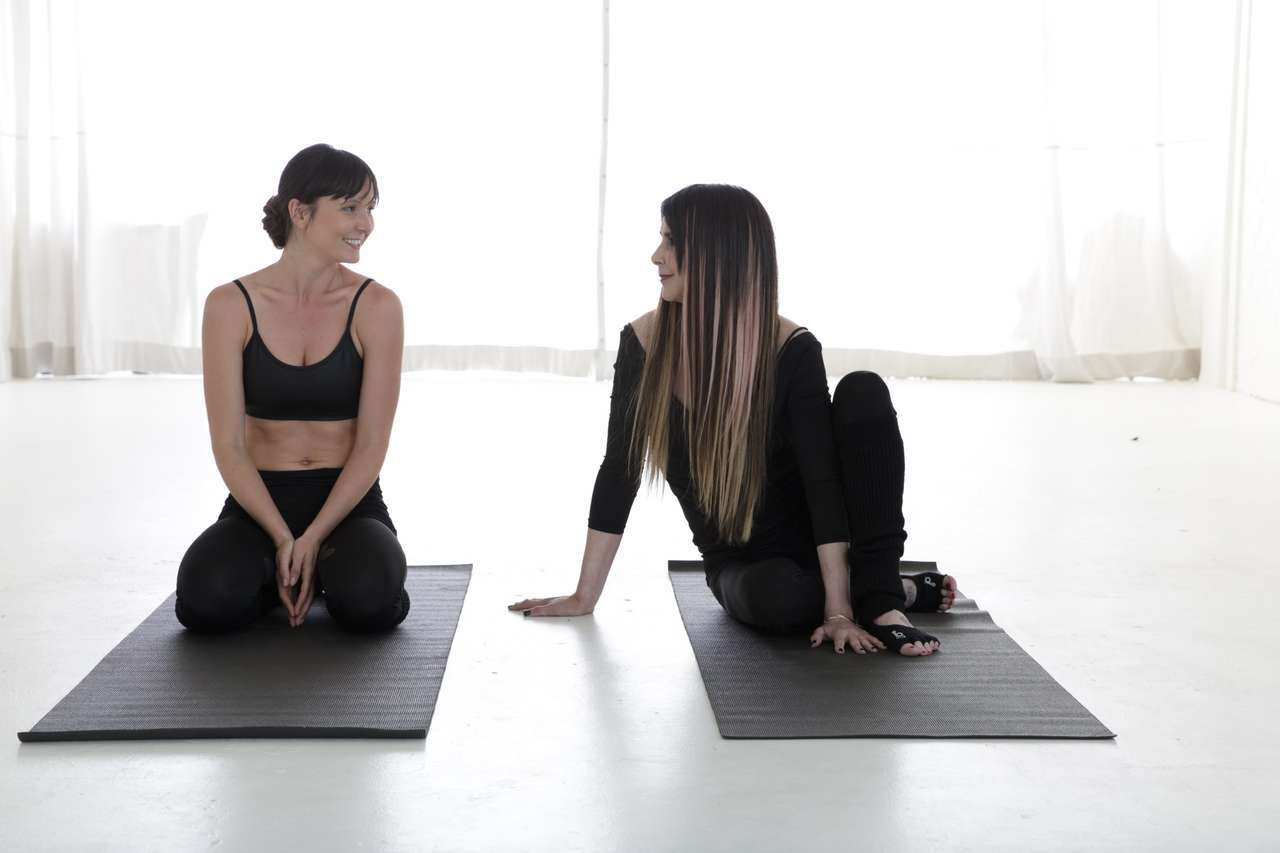 Paying For Both A Class And The Clothes? Learn Yoga Using Leggings From This New Apparel Line 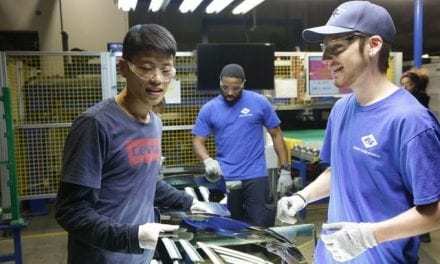