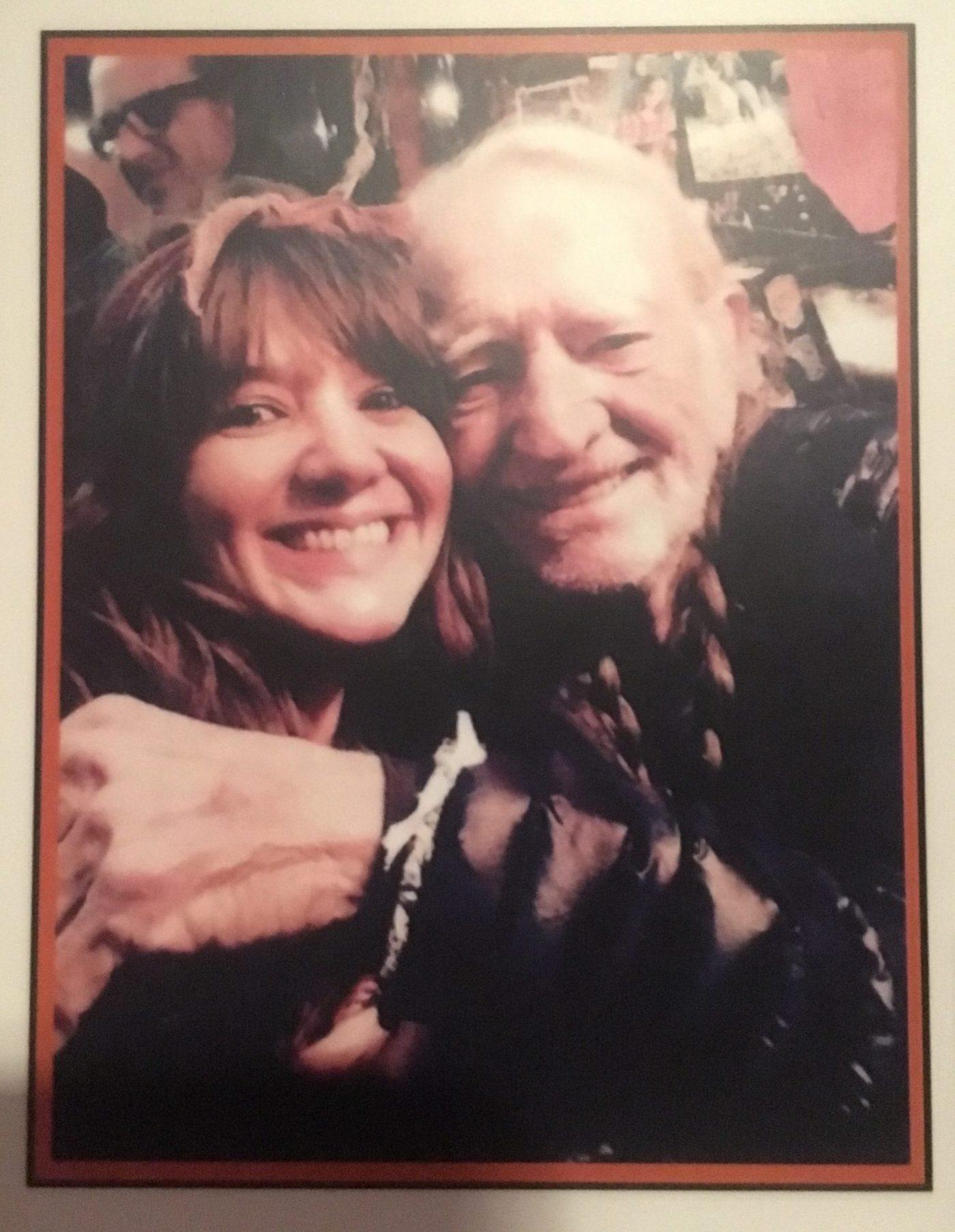 In its first annual debut this month, Hometown Rising left Louisville, Kentucky with a sold-out crowd of 70,000 people and over 30 artists for fans to gravitate towards. Topping our list was of course, the Raelyn Nelson Band, led by Raelyn Nelson, an emerging country artist and granddaughter to country music icon, Willie Nelson.

Hometown Rising exceeded all expectations as it was the first time Danny Wimmer Presents put on his trifesta series, beginning with Hometown Rising, and continuing with the return of Bourbon & Beyond, and Louder Than Life.

We spoke with Raelyn ahead of her performance last weekend about how she came to follow in her grandfather’s footsteps.

With music in her blood, Raelyn attributes her musical inspiration to Papa Willie and her Aunt Bobbie, whom have been playing music together and on the road for over 30 years.

“They are my biggest inspirations,” she shared with us.

“I want to be just like them. My grandpa is kind and loving to everyone. He’s so calm and witty. He stands up for the underdog and always has the wisest remark to anything he’s asked. He’s faithful and loyal to his friends and family. It’s no wonder everyone wants to be just like him. He’s also a brilliant and genuine song writer.”

Taking the Stage at Hometown Rising

Grit Daily: Tell us about you NOW—what are you working on? How are you different now than you were when you first started?

Raelyn Nelson: We are releasing a new album this fall. “Don’t” finally comes out on November 8th. It’s my journal of some life stories over the past few years. We were just putting out singles and then packaging them into a cd after a few were out but decided to put out a full album this year. We just released the first single called, Weed and Whiskey. It’s a “protest the opioid crisis and cannabis prohibition but feels like a party anthem” song. We just finished and put out a video so watch it on our you tube channel! We plan to spend the next few months making videos for the songs on our album and touring to promote.

GD: For first time listeners, what do you want us to take away from your performance?

RN: Raelyn Nelson Band music is about escaping every day stuff and having fun. It’s party music with a message in there but that’s only because I have opinions and can’t help but to throw them in our tunes. I wanna make you laugh and have a good time. My favorite concerts I’ve been to have always been the ones that put you on a high for weeks after. I’d like to do that same thing for our audiences therefore that’s my goal every time we play a show.

GD: You’re back in Louisville, Kentucky! Do you have any favorite places you like to hang out at?

RN: Yes! Seeing that Louisville is only a couple hours from my hometown of Nashville, I’ve been here many times. When I was growing up, my favorite adventure was the Kentucky Kindom!

Parent By Day, Musician By Night

For Raelyn, her full-time job is being the best mom she can be to her three children. However, she shared with us that while difficult to balance both parenthood and her career as a musician, she makes it work.

GD: What was the biggest challenge during your journey to becoming a musician?

RN: My biggest challenge is finding time to write songs. I’m a mom of twin, 12-year-old boys and an almost 10-year-old girl. I school them at home and mostly on the road playing shows on the weekends. We have a great time together, but I find it difficult getting away from life’s imperative tasks to zone out and write. However, I know this is temporary; they’ll grow up in a few years with lives of their own so I’m trying to soak it in now. If I need some space to think through a song idea, I go for a solo drive in the backroads of Ridgetop, TN.

GD: Can you elaborate on home-school and educating your children?

RN: I have a lot of help from my mama and sister with my youngins. We have a homeschool community that we meet with weekly for tutoring and teaching inspiration. The curriculum is called “Classical Conversations,” and teaches through music and song. It’s perfect for us. Home schooling my youngins is ideal for my lifestyle. If I have to leave last minute, they can pack up and come, too, we will be singing our educational tunes and writing papers in the band van.

For Aspiring Musicians, ‘Don’t Be An Asshole!’

When we asked Raelyn what tips she had for aspiring artists looking to make a difference in their life and of course for their community, she had some simple, yet powerful words.

“Papa Willie says, ‘Rule number one is “Don’t be an asshole.’” I think it’s the best tip or advice for anyone aspiring to do anything.”

GD:  How does social media impact/affect/help you along your journey?

RN: Sometimes I really get into social media and other times it’s a daunting task on the to do list. I think our creativity should be used for songs/videos and not posts but in 2019, it’s a huge part of our daily lives especially when you want to get your music or art out to a bigger audience. It is a place we can all commune together to communicate as a big community without leaving our bed, so who can hate that?