Washington—After nine years of speculation on whether or not WikiLeaks co-founder, Julian Assange, would ever be brought to justice for his role in the 2010 release of confidential U.S. documents, the day has come.

On Thursday, Assange, 47, was evicted from the Ecuadorean Embassy in London, where has been living since 2012. Immediately upon eviction, British authorities arrested him, detaining him partly in connection with an extradition warrant, filed by U.S. authorities. 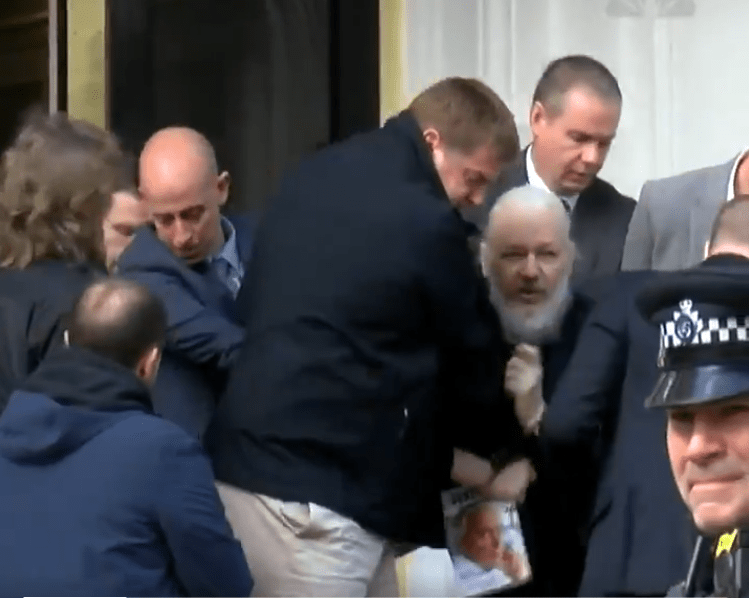 Hours after his arrest, the WikiLeaks founder was charged in an unsealed indictment, with one count of conspiracy to hack a government computer, with former Army intelligence analyst, Chelsea Manning.

“The charge relates to Assange’s alleged role in one of the largest compromises of classified information in the history of the United States,” the Justice Department said in a press release.

Manning, who held a top-secret security clearance, sent hundreds of thousands of U.S. military documents to WikiLeaks agents so that they could be publicly disclosed — and the website did publish the “vast majority” of those classified records between 2010 and 2011, the indictment alleges.

Most recently, Assange was under attack for his organization’s release of thousands of stolen emails during the 2016 presidential campaign from the computer systems of the Democratic National Committee. That release led to a series of revelations that subjected Hillary Clinton and her campaign to intense scrutiny.

However, his charges today relate solely back to the 2010 leaks.

Why Was Assange In Hiding?

Since 2012, Assange has been taking refuge in the London-based embassy in efforts to avoid extradition to Sweden, related to a sexual assault, which charges were dropped in 2017.

However, Assange, in fear of being extradited to the U.S., has refused to leave the embassy…until today.

According to a tweet by Ecuadorian President, Lenin Moreno, Assange’s asylum status had been revoked “after his repeated violations to international conventions and daily life protocols.”

Breaking Down the Legal 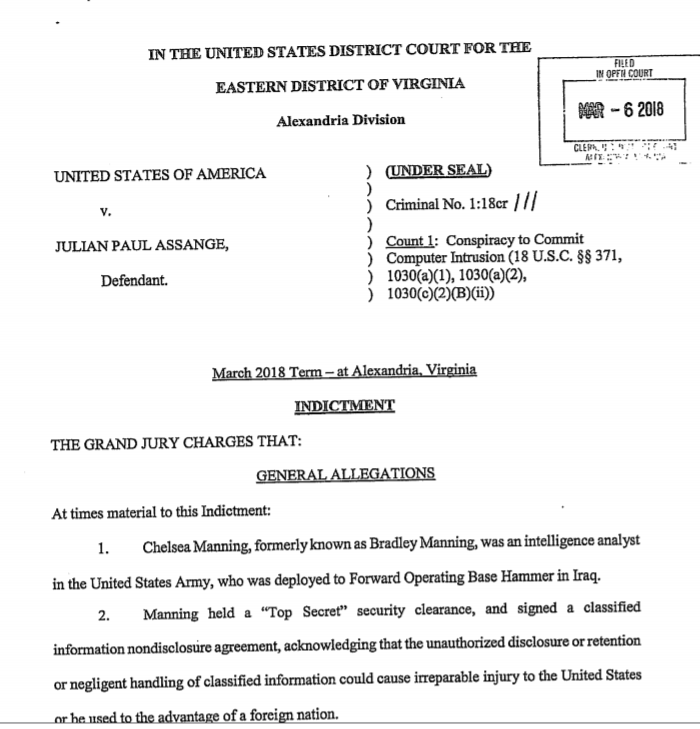 The indictment, originally filed in March 2018, under seal in the Eastern District Court of Virginia. The indictment states that Assange and Manning worked together in 2010 to unlock passwords on government computers and download reams of information with the intent of publishing them on WikiLeaks.

In the U.S., as much as federal and state prosecutors would have their foreign counterparts arrest and turn over an individual, they simply cannot make that request on their own. Through the U.S. Department of Justice’s Office of International Affairs (OIA), they must go through the extradition process.

“Extradition” is the official surrender of a person by a State to another State for prosecution or punishment. The mechanism in which extradition is conducted is through treaty.

The U.S. has extradition treaties with over a hundred nations, although there are many with which there is no such treaty.

With respect to Assange, he will have the right to contest the U.S. extradition request in British courts. Most likely, the argument expected to be presented is that this case is politically motivated, rather than addressing legitimate legal concerns.

If convicted, Assange could face five years in prison, though his actual sentence would likely fall below the legal maximum.