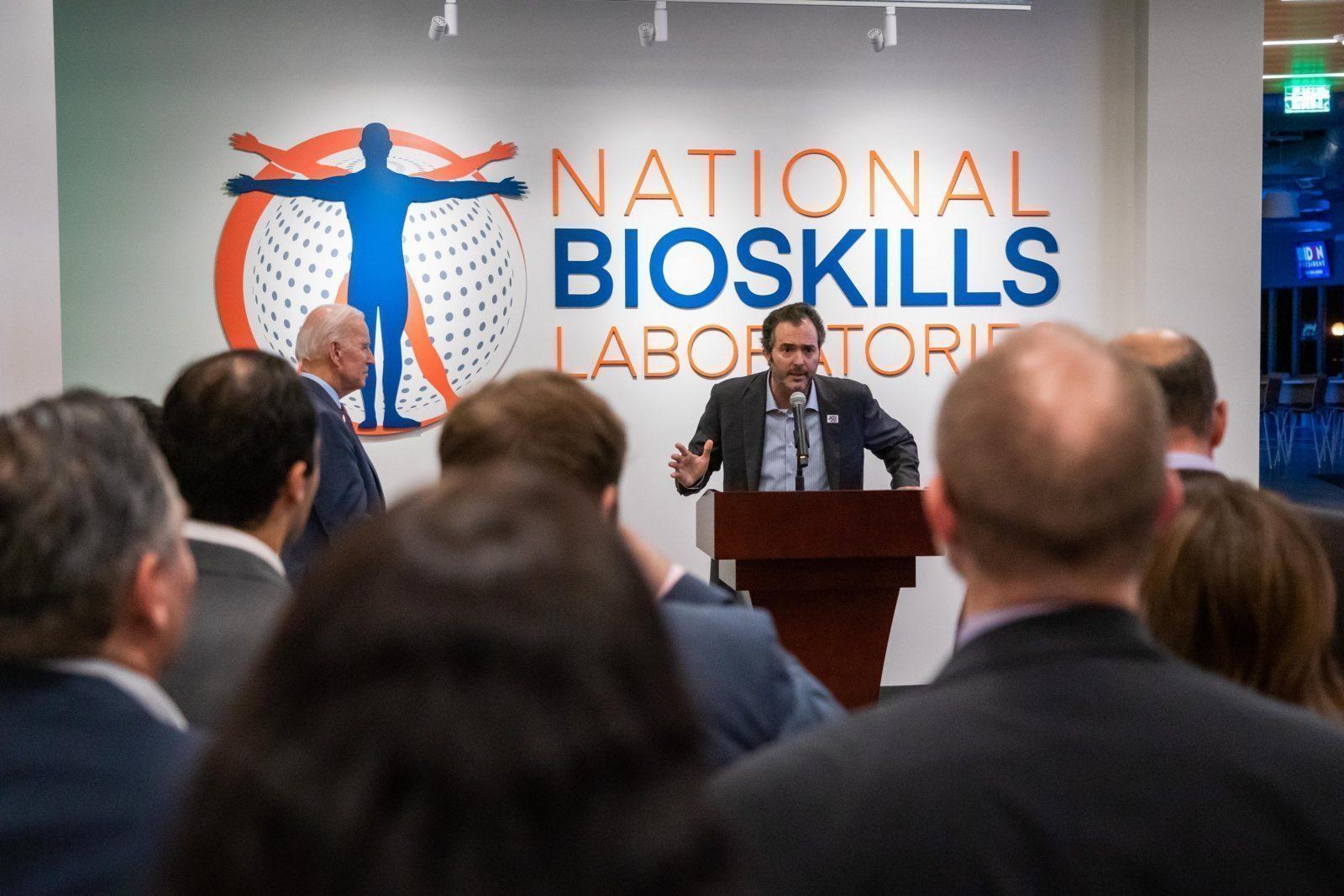 In recent months Sen. Elizabeth Warren’s fundraising campaign has slowed, bringing her to what could be a 30% drop from the previous quarter. However, the same cannot be said for Vice-President Joe Biden, whose campaign has started to see a potential, yet predictable funding surge, according to tech entrepreneur Jon Fisher.

For Fisher, an hour-long commencement speech to college university graduate students was more than just impactful. It was viral. It was chilling to your bones. It forced some energy of emotion that you didn’t expect to surface, to show face again.

The 2018 commencement speech at the University of San Francisco yielded more than 1 million views on YouTube. But what he would soon come to discover was that his two-minute introduction on behalf of Vice-President Joe Biden to just fifty people, rather than an entire arena, would have far more reach and impact than he ever anticipated.

After co-founding and becoming CEO of three startups, all owned by leading Fortune 500 companies, Fisher’s latest venture, CrowdOptic, is known for its augmented-reality technology, which we’ve previously spoken with Fisher on. But we aren’t talking about CrowdOptic today.

Today’s reason for re-connecting with Fisher is for a far more valuable reason, which I believe Fisher will agree with: family.

“I have a house on a hill; it’s built into a cliff. It’s built into the rock. And the rains came. And the floods came. And the winds blew. And it beat on that house. And it did not fall. Matthews 7:24. Amen to that. I see these guys eulogizing; their fathers from time-to-time on CNN, like the last one–it’s pretty tough. It’s pretty tough to see. My own father is here. And he is. Not was. But is…a great father. He’s a really good guy, you know? And I aspire to that. I aspire to that first. I aspire to that first before anything else. My mother’s great. She literally stood in front of us all the time to protect against the world. My wife, Darla, I couldn’t have imagined winding up with a more loving and patient, and good person. And she gets so much of that from her own mother. And I watch and witness this with such humility as it’s passed down to our little girl. She’s in better shape now. Our little girl, who you may see at the reception–she just shines. I took the only path to see you along Tiburon Boulevard today, where even our most resourceful, most well-meaning people can’t seem to get their acts together regarding changing their daily driving habits to affect traffic. And so it goes in our little town. And so it goes in most towns. How do we sacrifice a lot to save the planet, if we can’t even sacrifice a little?

If those words didn’t send some sort of chill up-and-down your spine, I implore you to watch the video, because he says it much better than I do.

Grit Daily spoke briefly with Fisher about his experience with both giving the USF commencement speech and advocating for Vice-President Biden.

“I take the widely-viewed commencement speech as doing something very competitive while being a good human being,” he shared with us. “That is why I also support Vice-President Biden, especially witnessing him operate on the ground in these events, including the one I just hosted for him.”

The event Fisher refers to was one he and his wife Darla hosted back on December 12 in San Francisco.

In an interview with Resident Magazine, Fisher hinted that “everybody wants to be Elon Musk,” but according to the tech entrepreneur, you don’t need to hit that level to have that measure of success.

“Everybody wants to be Elon Musk, but you can still get to a high level of success without getting to that level,” Fisher said.

“In this world we’re living in, I’m trying to project a bit of a refreshing message out there. It’s something that I’ve practiced for a long time. I’m just trying to be a person in Silicon Valley. You can change the world and live under the radar and still feel like what you’re doing is super rewarding. My wife and I recently celebrated 17 years of marriage and I volunteer dozens of hours a week at my daughter’s school. The reason I joined the Biden for President Finance Committee is because he strikes me as a very good human being. I just want others to know that they too can be happy both in their career and in their family life. This is the first time that I’ve jumped into something politically like that, I just feel that we’ve reached the point of no return. If we can create an army of people doing this in the Valley and in Hollywood and in professional sports, we can turn things around, or at least slow the onslaught.”

Even within Silicon Valley, there are still those who believe in affecting positive change throughout the world, especially for future generations. As the U.S. 2020 Election approaches, Fisher who sits on the Biden for President Finance Committee, has been busy pushing for Vice-President Joe Biden’s campaign towards the Oval Office.

But at the end of the day, Fisher is a family man. According to the self-made entrepreneur, the true measure of his success is the amount of quality time he is able to spend with his wife and young daughter, Avery.

Yet, Fisher noticed something familiar, making his way around the green room, waiting for Vice-President Biden. He noticed Biden’s team, like his very own technology team–they had been together for many years. Fisher described his own team as a less good-looking, legal, married-with-children version of the Ocean’s Eleven team.

“We’re building good companies and selling them to other companies. Running a company is a lot like exercise — it’s discipline. Thinking of something in your head and then seeing it practiced is super special. It’s the path of least resistance when it comes to making a contribution to the world. We’re building software that’s going around the world. If you work this way you can put family first, even in a cut-throat industry like this. I have a lot of free time because we have different satellite offices and don’t really have to commute. We’ve been together for so long that we automatically know what we have to do.”