Does the Future of Food Tech Spell the Death of Rural Farms?

By Argenis Ovalles
GRIT  DAILY ®
The Premier Startup News Hub.
Grit Daily News is the premier startup news hub. It is the top news source on Millennial and Gen Z startups — from fashion, tech, influencers, entrepreneurship, and funding.
Does the Future of Food Tech Spell the Death of Rural Farms?
By Argenis Ovalles

Food technology possesses the downside of interfering with natural businesses, such as farming. Indeed, it is revolutionizing the industry, but at a cost. It presents some serious issues to rural America. From Farmers to A.I. Harvesting It is a fact that food technology has offered a set of jobs. A food technology graduate is able […]

Food technology possesses the downside of interfering with natural businesses, such as farming. Indeed, it is revolutionizing the industry, but at a cost. It presents some serious issues to rural America.

From Farmers to A.I. Harvesting

New gadgets are allowing tractors, harvesters and planters to decide what to sow, when to fertilize, it and how much to irrigate. As technology moves forward, equipment will ultimately be able to make regular decisions for the farmers.

If you think robots couldn’t take anymore jobs away from you, you are wrong. In agriculture, robots are being used mainly in the harvesting stage. While drones acquire pictures to help farmers evaluate crop health. They are everywhere; all we need is an app telling us what we eat. And as funny as it sounds, the lack of human instinct in our farms might be the problem.

These artificially intelligent robots require little to no human interaction. And when it was thought that couldn’t possibly happen here, California stepped in. Back in 2018, California became the home of America’s first autonomous robot farm created by Iron Ox. They created this with the purpose of addressing some of the agricultural industry’s biggest challenges. This is best seen when a writer for The Guardian, Noah Smith, explained that the idea was “to improve labor shortages and pressure to produce crops by using AI and heavy machinery.”

With the machines doing the heavy lifting, it is certain that farmers are starting to be replaced in rural America. With crop production relying more on machines, farms have less of a need of maintaining humans as employees. Mainly because robots, on the other hand, don’t need to be catered to mundane needs. They are created by engineers and programed to do a job. While employees work for a daily paycheck, robots don’t. The technologists get their fee and must only come back on the scene if robots go through technical issues. Even though robots in charge of farms are meant to help reduce labor shortages, these advancements demand less manpower in the description of rural jobs, while increasing production of food. More and more people are losing their jobs by machines created by engineers who believe they are doing people a favor.

No Room For Error.

One of the main differences between us humans and our metal counterparts lies in accountability. To err is human, yes. But not technological. Gadgets are expected to malfunctioned every now and then. However, with farming, it makes sense to believe that there shouldn’t be any room for error when consuming foods harvested thanks to artificial intelligence. We are talking about perishable products; even if Americans don’t consume them, they must be reliable for some other demographic in terms of exportation. In addition, while humans are made of flesh and bone, robots are made of metal. Since water is known to have lead, there is a high chance that in error metal-like particles may be transferred to the food.

When The Price Is Right

As it might have been guessed, the technology uprising has established a competition between both big and small farms. While capitalistic rural regions expand their pockets, smaller farms struggle to keep up with the movement. Only big farms with the needed economic means are able to take advantage of said technologies; because of this, the market has chosen to make more room for these monopoly-like establishments, leaving the little ones behind in the past. The newest victim at the moment is the North Carolina hog sub-industry, according to Wyatt Fraas, assistant farm and community director at the Center For Rural Affairs.

“The processors only wanted to work with the larger operations—gave them preferential prices and eventually [processors] became owners of the animals and created the contract systems that we have now where they control all aspects of production.”

In other words, even if a farm can’t afford to include high-food tech in its productions, big corporations will still choose the ones with the most money. Which in turn leaves small farming areas, and families, out in the curb.

Aspects of farming (harvest, livestock, etc) have been deeply affected by food technology. Not because of lack of production, but because the industry has introduce rural America to the concept that human labor is becoming obsolete. Companies are valuing capitalism over human security. As long as money keeps coming in, nothing else matters, it seems. 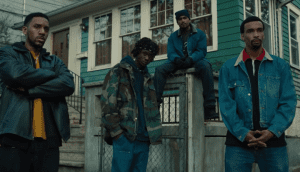 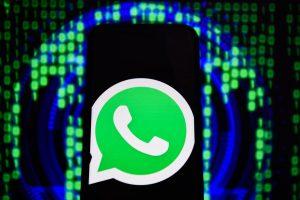 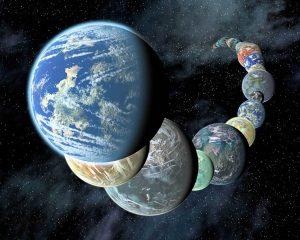 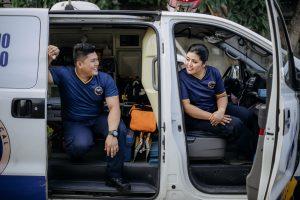 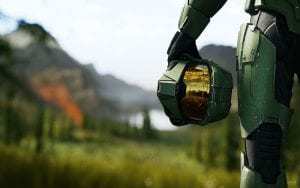