Watch Your Chests, Because 40 Years After Ridley Scott’s ALIEN, You Still Don’t Know Its Origin

This year marks the 40th anniversary of the theatrical release of Ridley Scott’s ALIEN. To this day, nothing scares the absolute bejesus out of me than his Facehugger parasitoid.

But where did these spine-chilling creatures come from? Well, if you thought Alien was the origin story behind Scott’s work, you’re gravely mistaken.

On Thursday, the Sundance Film Festival introduced the world for the first time to Memory, the script that its author, Dan O’Bannon started in 1971, which eventually took the form of the epic film we now know today as Alien.

Before Alien, there was Starbeast. Before Starbeast, there was…Memory.

Initially, Memory had the title of Chestburster, but according to Philippe, he didn’t believe it would stick. “It went through a number of different titled, and at one point, we called it Nemesis; ultimately, we settled on Memory,” he added.

In O’Bannon’s first version of the film’s screenplay back in 1971, the film we now know as Alien, was only 29 pages. “It was pretty much the first act of Alien as we know it, but he got stuck and couldn’t move forward,” he pointed out. “He hadn’t yet found a way to get the alien on board the ship, so with the help of Ron Shusett, Memory eventually became Starbeast, and Starbeast ultimately became Alien.

It was the encounter with Diane O’Bannon, the widow of Dan O’Bannon, the screenwriter of Alien, who is now an Executive Producer on the film, that gave birth to what we now know as Alien. O’Bannon gave Philippe and his team access to her archives which dated back to 1971, opening the doors into Alien, the film itself, and then obviously the chestburster scene. 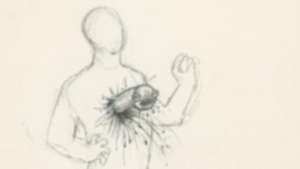 Following up to 78/52, Memory is the perfect follow-up that explores the dark and chilling “chestburster” scene from Alien, but also the movie as a whole from the perspective of mythology.

“78/52 was really our first foray into film analysis, film deconstruction, and it was the first feature ever made about a single scene,” said director Alexandre O. Philippe. “It’s a film that I feel goes deeper than 78/52, in the sense that it explores the power of cinema, the power of myth, and also the collective unconscious.”

But, what was the inspiration behind taking on the “chestburster” scene as a feature-length documentary? According to Philippe, he became very interested and intrigued by the idea of exploring another great, influential scene.

“It was one of those scenes that -pun intended- jumped out at me, and you know, what’s interesting is when we started working on an early sizzle of the film, it very quickly dawned on me that you can’t really look at the chestburster scene the way that you look at the Psycho shower scene; it’s a very different beast.”

A major inspiration on the design of the chestburster was a triptych by Francis Bacon’s Three Studies for Figures at the Base of the Crucifixion. “And what’s remarkable about this particularly triptych is that, even though we’re looking at a scene of crucifixion, we’re actually looking at the Greek Furies,” Philippe added.

Yet, the popularity of Alien in 1979 didn’t quite make sense, as it was already competing with the Star Wars film which became a hit two years prior. Then, three (3) years later, E.T. and John Carpenter’s The Thing came out. 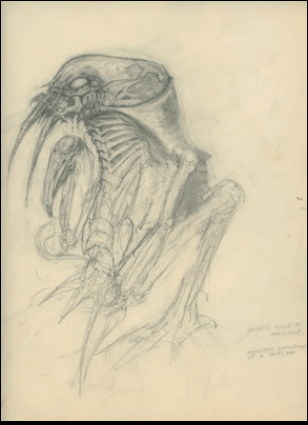 “We’re talking about a time in history when audiences were ready for a friendly alien, and this is not at all what we have in Ridley Scott’s Alien. So, one of the main questions we explore in Memory is: what was it about this particular film that resonated with audiences in 1979? And so, one of the arguments that we make is that there was an unconscious patriarchal guilt in our society that we needed, and still need, to process. In fact, it’s fascinating to me that we are collectively starting, just now, forty years later, to have an open conversation about this patriarchal imbalance, obviously with the #metoo movement, and a sense, or at least an understanding, that women were not and are still not treated the way they should be, and deserve to be. And so this theme of unconscious patriarchal guilt is, I would say, the central theme of the film, and one that we explore very deeply. And we connect this particular theme with the Greek Furies, and what they represent as well.”

It is Philippe’s vision that audiences, after watching Memory, will never be able to watch Alien the same way again.

“And what I really hope is that they will think about cinema, and about myth, cinema of course being a conduit for modern myths, in a different, more profound way; and think about the mysterious mechanisms of our collective unconscious. I do believe very strongly that the movies that become successful are essentially a projection of our collective unconscious onto the silver screen.”

The film has a running time of 95 minutes.