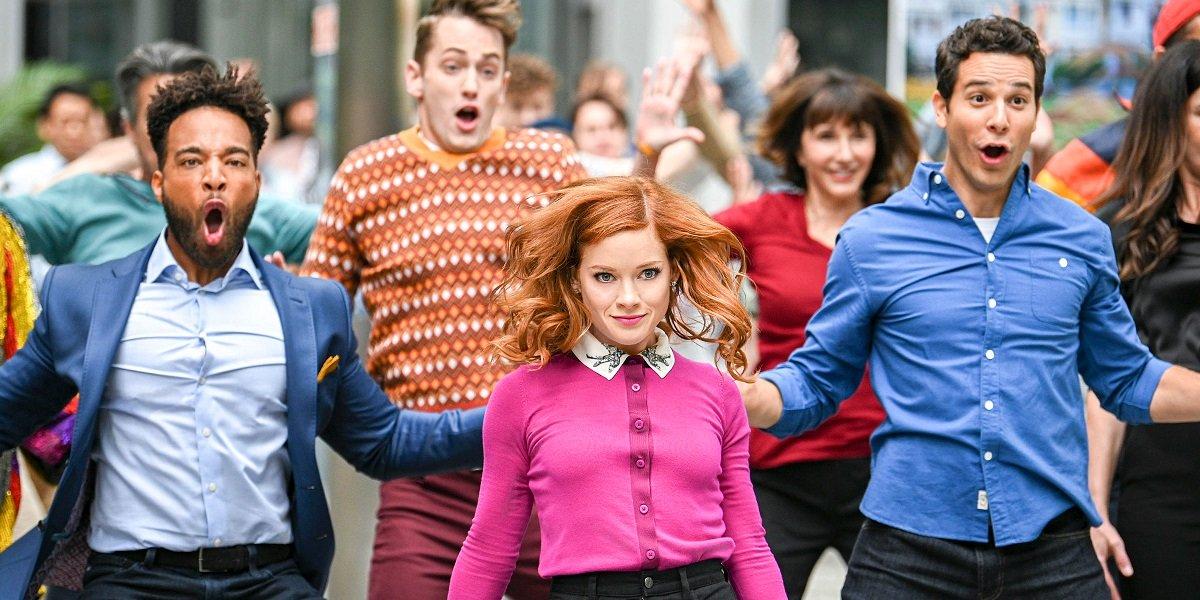 Zoe’s Extraordinary Playlist is like a dream of a show. It’s amazing the series even exists. The musical, which lets its titular character hear others’ internal thoughts through song, is packed with classic or high-profile songs. The show has a good amount of scope and music, so the original series must not come cheap. Whatever the cost, thankfully the NBC show is getting a second season.

Fans of the series were a tiny bit worried about the fate of creator Austin Winsberg’s musical. All twelve episodes of the show were watched by around three million people. It’s not a huge hit in the ratings, but it’s also three million people watching. Reviews were favorable, too. The people who love the show love the show. Zoe deserves a second season to expand via word-of-mouth.

It’s a loveable show. It has got laughs and heart. The series looks spectacular with all its eye-appealing colors. Despite its moments of heartbreak, Zoe’s Extraordinary Playlist is an exceptional feel-good show. For a variety of reasons, people are responding to it. Which is why NBC, according to the co-presidents of scripted programming, have renewed the show for a second season:

“We were overwhelmed by the number of people who fell in love with Zoey’s Extraordinary Playlist and how much joy it brought to everyone. We’re thrilled to bring it back and can’t wait to see how Zoey’s journey continues.”

Watch Zoe If You Haven’t

Zoe’s Extraordinary Playlist may be too sweet for some, but it’s a show with a lot of joy and cutesiness. It’s 40 odd minutes of musical numbers, relatable drama, and a sunshiny depiction of the streets of San Francisco. Best of all, it has some great music. It’s surprising just how many high-profile songs the series lands. Even though their covers, which means they come cheaper than using the original recordings, it’s still surprising what songs are heard in the NBC series.

Clearly, the network has a lot of faith in the show considering how much they must be spending on the songs alone. They’re worth it, though. It’s a series that’ll probably work best for music lovers, especially with some very good interpretations of classics. Whenever Peter Gallagher sings a tune, it really brings something new to a song. Usually a lot of sweetness.

What to Expect in Season Two

Spoiler for season one: Zoey loses her father, Mitch (Peter Gallagher). Where does she go from there? That’s a part of what season two will explore, as well as Zoey’s search for meaning. Winsberg teased some of the plans for the next season of Zoe’s Extraordinary Playlist to Entertainment Weekly:

With David [Andrew Leeds] and Emily [Alice Lee] the idea of becoming a parent while losing your parent and what kind of father does he want to be and what lessons from his dad can he hopefully impart onto his child? And then for Zoey just this idea of where do I go from here and what, if any, good can I take from this? The overarching thematic idea I’d like to do in season 2 is a little bit of man’s search for meaning, and amongst all of our characters but especially for Zoey what kind of person do I want to be and how can I make the most of the time I have?

Stream the show on Amazon if you could use an hour of wonderfulness in your lie.