Zac Levi on His Career, Shazam!, and His Very Own App 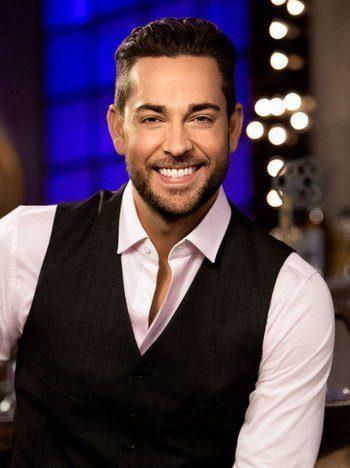 The Zac Levi that’s on the big screen as DC superhero Shazam looks nothing like the actor who played nerd-turned-spy in the NBC hit show Chuck twelve years ago.

For one, Levi has worked on a variety of projects over the years, including roles such as Benjamin in the critically-acclaimed The Marvelous Mrs. Maisel, Flynn Rider in Disney’s Tangled, Fandral in Thor: The Dark World, and even acting in a pair of Broadway musicals (First Date and She Loves Me). He also packed on 12 pounds of muscle to fill out that red Shazam suit.

While Levi fills out that suit with the muscles of an adult, the brains of the operation is guided by 14-year-old orphan Billy Batson (played by Asher Angel). That makes this the rare superhero story that infuses natural comedy, and a little bit of Big, as Levi must navigate the DC Extended Universe as a wise-cracking teenager who’s just coming to terms with his incredible powers.

In this exclusive interview, Levi talks about this dream-come-true role of playing one of the superheroes he read about when he was a 14-year-old kid, as well as how he’s developing his own augmented reality app.

How did previous characters you’ve played, like Chuck and Fandral, prepare you for putting on this superhero suit?

Zac Levi: They were all building blocks, for sure. Chuck and Billy Batson have pretty similar hearts because they care and they want to do right in the world. Obviously, Billy is 14 so he’s a little more unholstered and he’ll try to figure out what it means to be a kid. He’s also a foster kid and trying to find his family, but their hearts are very similar and they’re both accidental heroes, so there was some correlation with that. And then with Fandral, getting to be an actual bonafide comic book hero in a big budget movie definitely helped prepare for what those stakes are like. But they’re also incredibly different characters.

Not to get too philosophical, but really our whole lives kind of prepare us for wherever we’re at, wherever we come to, and so I think maybe every character I’ve played in some way helped me to find little moments here and there to bring Shazam to life.

When it comes to superheroes, they’re everywhere in Hollywood now, with abundant TV shows and movies. Has all of that work that came before Shazam! helped at all with costume design?

ZL: I mean, I certainly hope so. If nobody’s applying any of the lessons learned from actors being in these suits, that would be a real shame. Our costume designers have done a lot of different things in movies with superheroes, so I’m sure there has been a bunch of not just stylistic choices but functional choices that apply. Unfortunately, they’re still kind of a pain in the ass, particularly when you want to go to the bathroom. But we’re going to keep working on that. If we are blessed enough to do another one of these movies, I’m definitely going to say, “Alright, how can we figure it out so I don’t need someone to help me go to the bathroom? I would really like that.”

How much added pressure do you feel stepping in with Shazam! following the tidal wave of Aquaman’s box office success?

ZL: I don’t, honestly. We’re very different movies. While some fans are obviously very up to snuff when it comes to what is Marvel and what is DC, I don’t even think DC fans are going to be expecting us to be Aquaman. They’re hoping probably that we’re not because we’re very different stories and very different characters.  As far as the success of their movie, I don’t feel pressure in that because I feel nothing but good can come from that movie being received as well as it’s been received … I think it’s nothing but positive. And if we don’t live up to a billion dollars, I mean, that’s okay. I’m not nearly as pretty as Jason Momoa. I totally understand – his eyes and pecs alone are going to make a billion dollars, right?

Some of the most entertaining DC and Marvel superhero movies out there have had a lot of humor infused into their storylines, as compared to the super dark route that others have taken. What kind of line did you guys draw for Shazam given the nature of his character?

ZL: That was the fortunate thing for us, that it’s just built into the character. We didn’t have to take an otherwise very adult or dark character and lighten it up. It’s a 14-year-old trapped in a superhero man’s body, so that’s just naturally going to have heart and humor built into it. Really, more of the challenge was maintaining the stakes that are involved and having some grit and some edge to balance all of that. I think that David Sandberg, our director, was such an inspired choice for that very reason. He came out of the horror world, making stuff dark and creepy. So for him to take this type of a character and bring that background to it was really smart of New Line and Warner Bros. and DC. We had a ball working together and I got to be my goofy self, bringing a 14-year-old to life, which is a super weird but really fun challenge.

A lot of people remember Tom Hanks in Big, but what is it like to step into a character like that and see the world from that perspective?

ZL: Oh, it was so fun, man. I love a good challenge as an actor, and anytime you’re playing a character you’ve never played before, there’s going to be challenge built into that. I think probably the biggest thing I had to keep reminding myself was, “don’t overthink it.” I would be looking at a moment in the script and breaking it down like, “Okay, how would I approach this or how am I going to do that?” Then I would catch myself and I’d say, “You’re thinking too much about this. 14-year-olds don’t think that much about this stuff.” They’re impulsive. They’re a little more emotional.

What’s interesting is that when Tom Hanks did Big, I think 14-year-olds were a little more innocent. Now they have a little more edge to them. They’re growing up real fast, these kids. So it was a really interesting juggling act to keep him innocent as a 14-year-old but also knowledgeable enough that he’s a 14-year-old in this day and age and a foster kid who’s been on the street, so he knows a thing or two. It was a really, really interesting balancing act, but I hope I pulled it off. I guess the proof will be in the pudding.

How do you feel about being represented in a variety of superhero merchandise?

ZL: I haven’t really seen much other than one action figure that is apparently on the shelves right now. It’s “Thunder Punch Shazam,” which I’m totally down for. I loved it. The only thing that’s bumming me out though is he’s got like 20 catchphrases or whatever. You can press a button and he says stuff, but it’s not even my voice. They got somebody else to do the voice. What? I’m available. Why didn’t anybody ask me? I totally would have done it.

Related: Mighty Jaxx Brand is on a Mission to Revolutionize Collectible Toys

Do you keep tabs on the latest technologies?

ZL: I do. I typically keep tabs on cool technology with what I read online … And then recently, because I now live in Austin, Texas, there’s a store out there called Beta and it’s awesome. It’s literally a store where you walk in and they have all these really cutting-edge new pieces of technology, whether it’s stuff for your home or for play or whatever. And it’s all on display where you can touch it and play with it and see how it works. So I just recently discovered that place and I’m super into that.

Unfortunately, with a lot of technology, even at CES, it’s really hard to get your hands on something to see how well it works. What’s the UX and UI on it?  Is it seamless?  Is it clunky?  What’s the application to my life?  Do I need it?  Do I just want it?

But I’m definitely a futurist and a techist, if you will. I love technology. But as far as what I’ve been using recently, I’ve just been so pleasantly surprised and happy with my AirPods and my iPhone. The sound quality with those things is so great and I just love that we’re finally to a place with genuinely great wireless headphones with good sound quality where I can bebop around town, because music makes life better.

Apple is also pushing augmented reality and we’re seeing a whole new wave of content. What’s your take on XR?

ZL: I’m a huge believer in both virtual and augmented reality. Unfortunately, a lot of people haven’t been able to crack the practical application for it just yet, but I actually am building an app currently that uses augmented reality in a very practical and useful way, and I’m hoping to get that to the market soon. I think augmented reality is going to start taking over way more than people are even comfortable with, because eventually we’re all going to be wearing contact lenses that have heads up displays. I don’t think people realize just how close we are to a Black Mirror future. People think, “Oh no, that’s so far in the future.” No, it’s really not. Technology moves exponentially, so it’s coming, bud. It’s coming.

The post Zac Levi on His Career, Shazam!, and His Very Own App appeared first on Innovation & Tech Today. 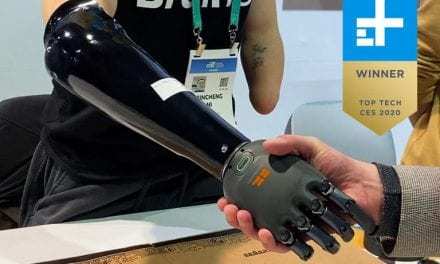 A Thought-Controlled Prosthetic Arm? Digital Trends Calls It the ‘Best of CES’ 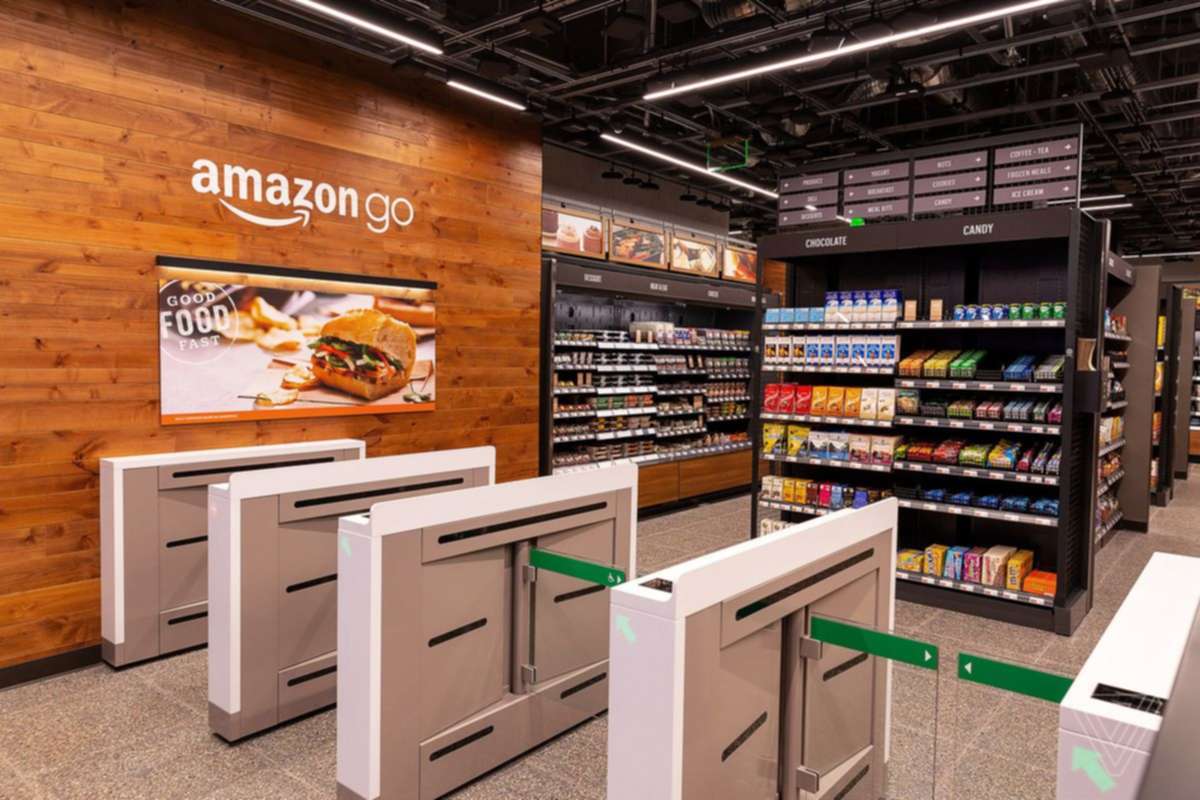 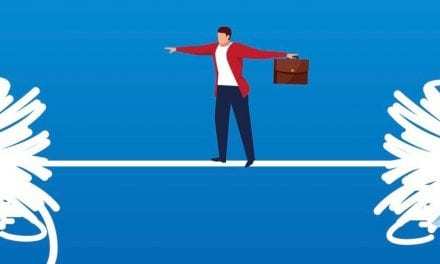 Only half of consumers trust search engine results. What do the other 50 percent trust? 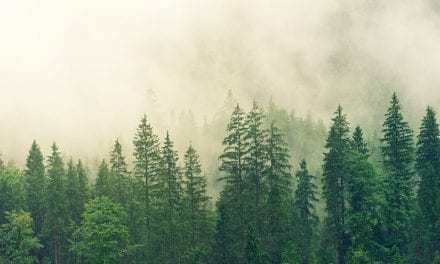 Artificial trees could help save the planet. Here’s what you need to know about them.