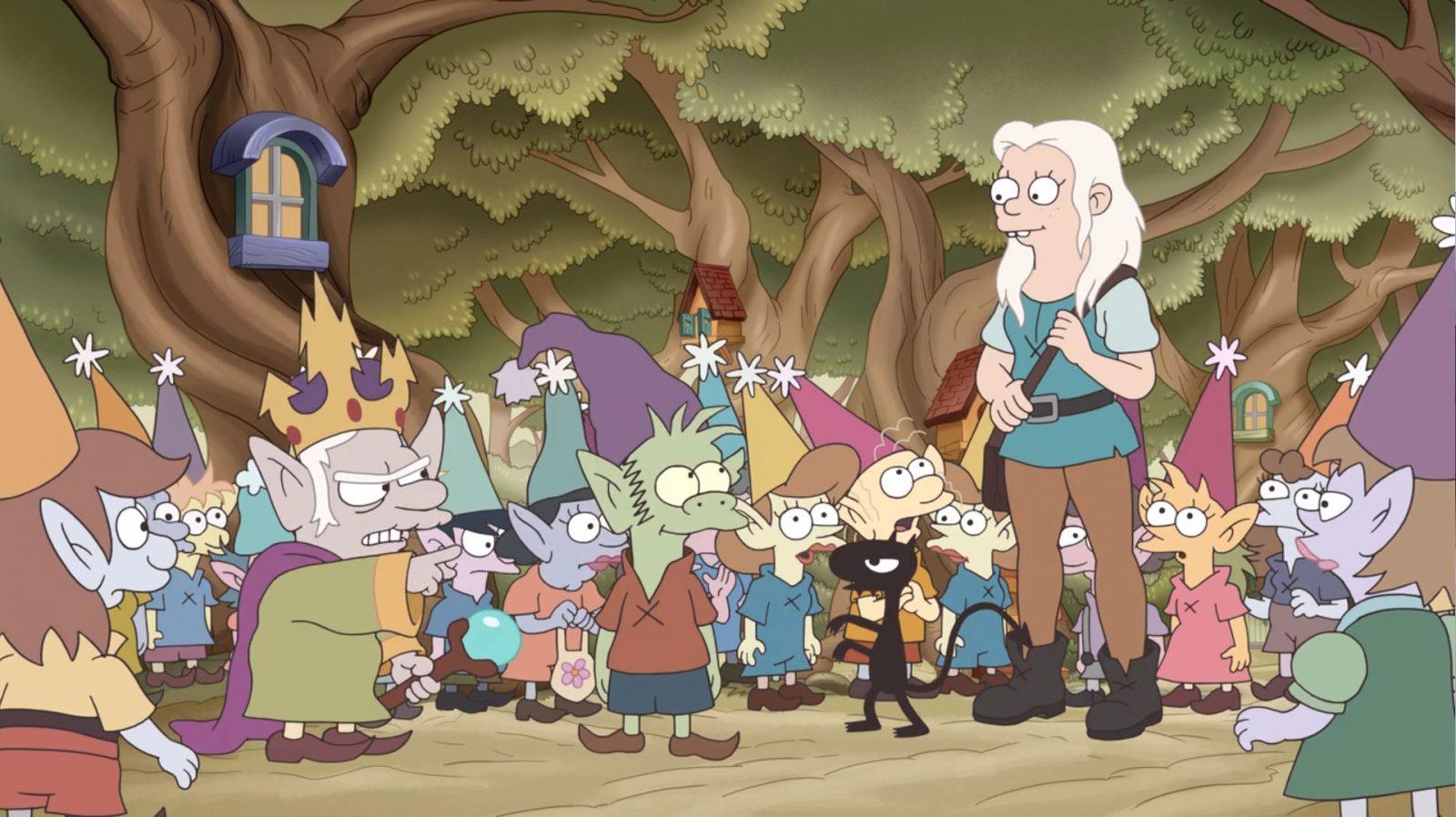 Will There Be a ‘Disenchantment’ Season Four?

Over the last three years, Disenchantment has been a low-key favorite among fans of animated comedies. The Netflix series, which was created by The Simpsons’ visionary Matt Groening, has found its audience fast. Season three was recently released, and once again, fans were pleased. Now the question is, will there be a Disenchantment season four?

Set in the medieval fantasy kingdom named Dreamland, the story focuses on an alcoholic princess, Bean, and her elf pal, Elfo, and the demon Luci. Those characters will indeed return in Disenchantment season four. However, Groening and Netflix bill each season as chapters, so it’s technically Disenchantment chapter four, not season four.

With Groening’s involvement, of course, the streaming service was confident in the show’s success. In October 2018, Netflix ordered a handful of chapters shortly after chapter one debuted. The latest chapter opened with Bean and the gang hunting down the assassin behind the murder of King Zog. During the journey, Bean had to prepare for an invasion from Steamland but then had to fight off an entirely different army. The fight all led to a cliffhanger that left fans wondering where the show will go next. Elfo was kidnapped, Luci was killed and is now in heaven, and Bean was kidnapped by the nefarious Queen Dagmar of Maru.

Again, technically, it wasn’t season three, but the first half of chapter two. Each season is 20 episodes, split into two. Fans do not know when they’ll see part four, though. Keep in mind, several animated shows faced delays caused by the pandemic, in fact.

The last chapter break was 13 months long, meaning fans may not see Disenchantment season four until 2022. Groening hasn’t revealed yet how many seasons he has in mind, either. The icon in animation lets shows go on long. Of course, The Simpsons is still going strong and developing new fans.

As for Groening’s best show, in my opinion, Futurama ran for seven seasons, plus a few movies. The Simpsons has been on for over 30 years, and Futurama lasted 12 years. Given Groening’s history of success and his relationship with Netflix, he could let Disenchantment go well past season four. “The weird thing about Netflix is, they said yes to everything,” Groening once said. “You can’t get better than that. They’re fantastic. The other great thing about Netflix for us is, it’s a new way of storytelling. On The Simpsons, it’s like a traditional sitcom and a reset. You can watch any episode in any order. With Netflix, every episode goes into the other. You tell a long story. These couple of episodes are a movie.”

Netflix originally ordered 20 episodes. Groening and his team work on 10 episodes at a time, but of course, still thinks about the “big story.” Groening has called it a show for obsessives, to dig into and rewatch to spot red herrings and set ups. Like Futurama and Simpsons, he wants each chapter to have jokes and subplots that payoff later with reflection.