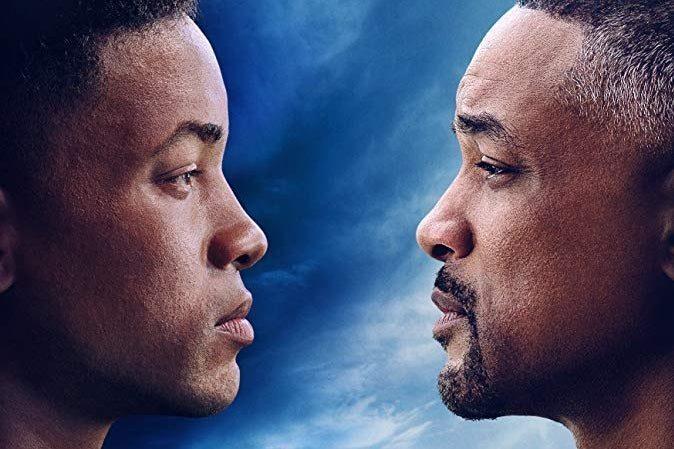 Gemini Man, directed by Academy Award-winning director Ang Lee and starring Will Smith (twice, technically), Benedict Wong, Clive Owen, and Mary Elizabeth Winstead, is by all accounts a technical marvel. The film centers around an assassin near-retirement who is faced with perhaps his biggest challenge–a younger version of himself sent to kill him.

It’s too early to say what we can expect of the ultimate legacy of Gemini Man will be, but one clear element of that legacy are the technological achievements that were utilized for the film. What are they, and will they change the cinema game?

What exactly are the innovations in Gemini Man?

Acting alongside a visually younger version of himself, the film’s novelty isn’t that it’s Will Smith vs. Will Smith. One actor playing twins has been accomplished many times in Hollywood history–Lindsay Lohan in The Parent Trap (1998), Nicolas Cage in Adaptation (2002), or James Franco’s dual role in HBO’s The Deuce among many. The unique thing about Smith v. Smith is that he’s fighting a younger version of himself… and not in the way you’d think.

VFX de-aging of actors, the process where digital effects are used to smooth out the signs of aging on an actor (hair color, skin, etc) isn’t entirely commonplace, but it’s definitely no longer ‘new’ in higher budget films. Scorcese’s forthcoming The Irishman has gotten significant press for its heavy use of the technology, just as Captain Marvel made Samuel L. Jackson appear as a considerably younger version of himself. That, too, isn’t what’s going on in Gemini Man.

Director Lee knew that standard de-aging wouldn’t work for the cinematic vision he wanted. The process he ultimately landed on involved a base of a motion capture of Smith that was more heavily digitally modified, often using footage from Smith’s earlier career. It isn’t a pure-CG character, and it was vastly more labor-intensive than standard de-aging:

“We do the whole body, not just the face. We do it from scratch – that’s why I don’t like to call it de-aging. It’s not just brush up. Age does more mysteries than just wrinkles. It’s kind of sad what life does to you. Every layer of skin, bones, it’s how you age, your eyes, the enamel on your teeth. Just the subtle changes.”

The heightened level of realism of such a painstaking process combined with Lee’s choice of a high frame rate film (120 fps) shot in 3D. The HFR technology, with careful digital manipulation and editing, amplifies the detail that audiences can catch in the action. To compliment this choice, Lee chose to take advantage of depth of frame and novel approaches to lighting, attempting to adapt 2D cinematography techniques for a high-detail 3D aesthetic landscape.

So what’s the film’s probable legacy?

All together, the high frame rate 3D shooting choice alongside a novel digitized render of a younger Smith create a host of technical novelties that add considerable potential to future films, particularly as the technology develops further and the price point decreases. In the long-term, these technologies are undoubtedly going to be influential in high budget films like this–always the innovator, James Cameron plans to utilize 3D, high dynamic range, and high frame rate technologies in the forthcoming Avatar sequels.

At the same time, it will be a long, long time before filmmaking like this becomes fully widespread–Ang Lee intends the film to be seen at at 120 fps on a high-res 4k 3D projector. Literally no theater in the US can play it to those complete specifications. Many chains can display the film in 60 fps 3D, and AMC’s Dolby theaters can show the film at 120 fps 3D in 2K.

The trouble here is that, on the one hand, these technologies are pricey to employ. Profitability in the industry is no sure thing, and from an economic standpoint the costs have to be justified by their potential contributions to the bottom line. With so few theaters even able to take full advantage of the technologies, it adds current barriers to this technology being an easy sell in anything other than the occasional film. Simultaneously, with few films coming out with high frame rate imagery (let alone in 4K) it will take a while for theater chains to invest in the technological catch up.

This is no reason to despair about the impact of Gemini Man’s novel approach to filmmaking–it will have an impact, but it will take longer for forthcoming films to spend the time (and money) to design cinema around the exhaustive digital de-aging processes the film employs, high-FPS films, and other technologies that Gemini Man is paving the way for. In the mean time, you can see a pioneer in theaters today–and at the right AMC or IMAX, you can somewhat approximate it the way the director intends.