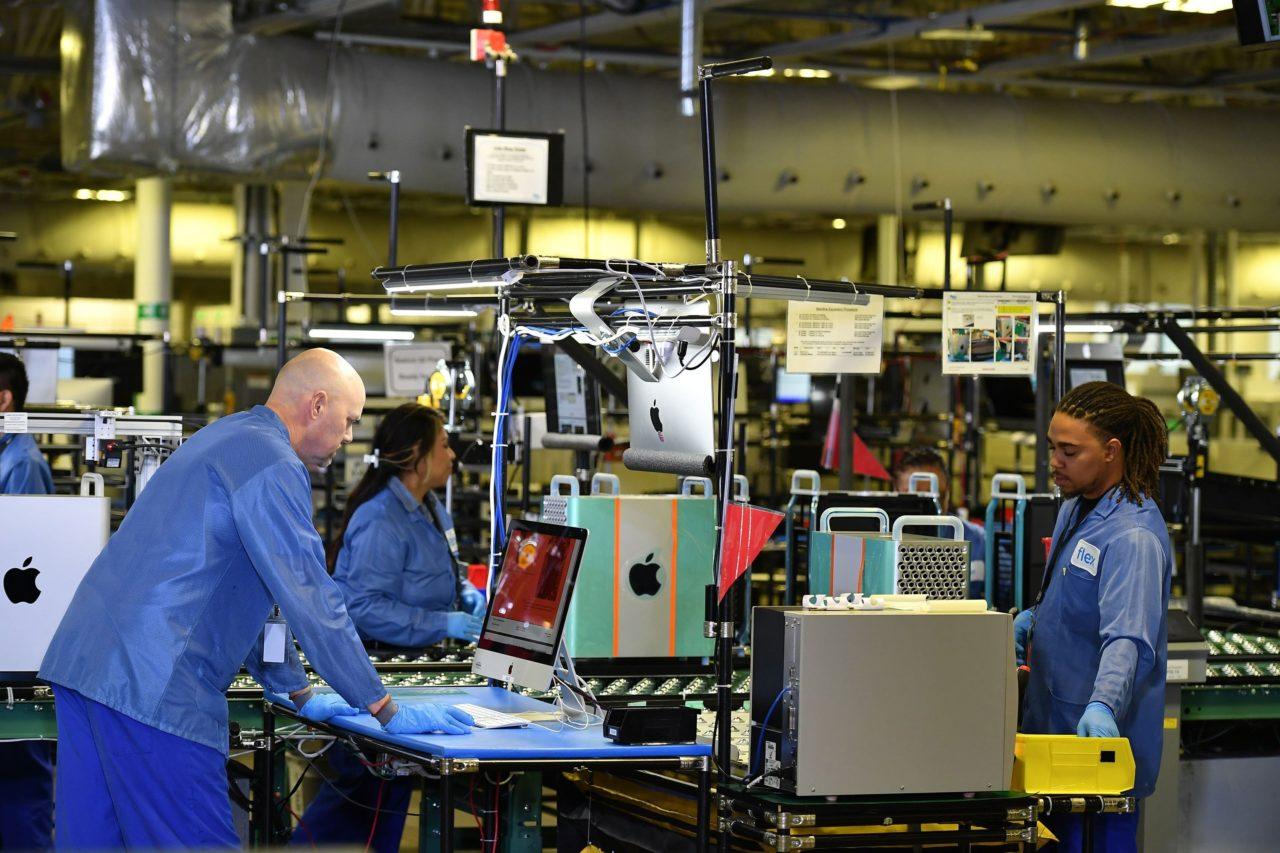 Why Reshoring Resonates With Millennial Values

For a long time, we’ve thought bigger was better. We mass produced items, built bigger warehouses to store them in, and created big-box stores. But consumers today want a more one-of-a-kind experience that adheres to their values, needs, and aesthetic.

While 73% of millennial customers are willing to spend more if they know they’ll be supporting sustainable products, they still want to the lightning-fast turnaround times established by Amazon Prime. To accomplish this mission, reshoring is the answer. Smaller, local factories will pave the way forward.

One out of five manufacturing companies include factories in China as part of their supply chain. Most of the time, this allows for significant cost reductions that help businesses profit while customers still get discounted prices. However, a lack of diversity in a supply chain far from a business’s customer base can spell trouble.

Last year, the US/China trade war forced U.S. businesses with long-established relationships with factories in China to find inexpensive, reliable alternatives. Prices rose to account for the taxes and duties imposed on the goods still exported from China.

Then, in February of this year, when the COVID-19 pandemic forced factories in China to shut down, 60% of the North American companies Thomas surveyed reported that they were impacted.

Reshoring brings manufacturing back to the country where the business resides. Back in February when we first surveyed North American companies to see if they were interested in reshoring, 54% of them were actively considering the switch. We recently did another round of surveying and, as of July, found a statistically significant 15% leap.

Now, more than 69% of North American businesses want to bring production out of Asia and back home.

Why Millennials Care About Reshoring

Reshoring hinges upon opportunities to improve the ethics in how products are sourced and manufactured; creating and filling highly innovated jobs in Industry 4.0; and satisfying customers with both the quality of goods and the speed at which they can get goods.

Ethics in the Supply Chain

Customers today want to know and buy into the story behind the product they’re purchasing. They want to know where a good comes from, how it’s made, and who made it. Words like “fair trade,” “cruelty free,” “ethically sourced,” and “sustainable” are not merely buzzwords. Customers rightly care about ethical procurement.

According to a Deloitte survey, 36% of millennials have “deepened a business relationship” because of a company’s standards of ethical sourcing, while 37% have “stopped or lessened” purchases from a business that does not source ethically. Another 81% of consumers strongly believe environmentalism should be taken into consideration by companies.

This is not to suggest that outsourcing and offshoring are inherently immoral. As Dr. Dale Rogers pointed out in a recent Q&A with Thomas Insights, manufacturing overseas has often been mutually beneficial by improving the quality of lives for those in the U.S. and abroad.

However, unethical actions do occur in links within the supply chain. In 2018, Badger Sportswear, a North Carolina-based company, relied on third-party inspectors who gave their Chinese supplier a pass. An investigation by AP journalists, however, found the factory was actually relying on labor from minorities who had become modern-day slaves forced into manufacturing. Last year, some countries in Africa increased scrutiny of practices related to the chocolate supply chain, which resulted in some buyers moving their businesses to other African countries that did not hold as stringent of ethical standards in the treatment of their workers.

Reshoring allows companies to keep a closer eye on their supply chain, ensuring it upholds ethical responsibilities related to labor and environment.

As the millennial generation is typically defined as those born between 1981 and 1996, those who were entering the job market during the Great Recession of 2007 to 2009 felt the wrath of the economy acutely.

As a gauge, global employment peaked in October 2009, when someone born in 1988 would have been 21, a typical age for someone graduating from college and looking for employment that was scarce even for those with significant experience. An astounding 24% of millennials took unpaid jobs just to gain experience, according to the Pew Research Center. Now, once again now, with the COVID-19 pandemic, there is mass unemployment.

Fortunately, there is a silver lining in the manufacturing industry. While many businesses were forced to temporarily shutter, many manufacturers are considered essential. Some pivoted their factories to produce PPE, thereby making themselves essential and useful. Some have even had to hire more employees as production ramped up.

Now, here’s an interesting fact for millennials still determining their career path or looking to make a transition: last year, about half a million jobs were not filled in the manufacturing sector because of a skills gap.

The industry has an image problem. It’s a stereotype based on antiquated notions that people who work in manufacturing are just cogs in the system doing boring, repetitive tasks. In reality, we’re currently in the Fourth Industrial Revolution. Creative individuals are doing what I like to call “new-collar jobs.” Manufacturing employees today weave together tried-and-true manufacturing methods with innovative uses of artificial intelligence (AI), 3D printing, Digital Twins, and the Internet of Things (IoT).

Despite the high tuition loans that young college graduates are saddled with, fewer than half of millennials feel they have the education and training they need to advance their careers.

One of the benefits of the manufacturing business is its use of paid apprenticeships that provide hands-on experience, classroom learning, and mentorship. On the Thomas Industry Update Podcast, I recently spoke with Ralf Weiser, vice president of operations at Alexanderwerk Inc., who said it doesn’t need to be an “either/or situation.” Higher education and apprenticeships both serve unique purposes.

Weiser also said that business leaders today should know millennials seek the same things that everyone seeks: “the purpose, the impact, growth, flourishing, and also, of course, a career that flourishes as well.”

If you watch a HGTV or if you look at some of the hashtags that have been popular on social media recently, you probably already know that today there’s a growing movement of people who are looking to downsize their houses to live in tiny homes, boats, and even vans.

We’re seeing this movement toward downsizing in manufacturing sites as well. One way to accelerate reshoring is by building local micro-factories and local micro-warehouses. This makes it easier to maintain the ethics throughout the supply chain and provides even more of the aforementioned jobs while increasing customer satisfaction in two important ways.

First, numerous micro-warehouses allow for faster turnaround times to customers. Particularly at the start of the COVID-19 pandemic, supply chain bottlenecks made the distribution of goods from ports and from large warehouses to local stores and customers extremely difficult. The result was shortages of toilet paper and hand sanitizer that caused panic buying. If there were more local factories and local warehouses, even if they were smaller, they could more efficiently get goods to customers.

This is already a trend. Even before the pandemic, spaces smaller than 120,000 square feet were twice as in-demand than larger units. Albertsons, an Idaho-based supermarket, has launched a two-hour delivery service thanks to investments in building a series of micro-fulfillment centers. Walmart, has simply used its brick-and-mortar stores as fulfillment centers to support their e-commerce business, which has helped them beat out their competitor Amazon during the pandemic.

Second, micro-factories allow businesses to stay ahead of the creative curve. By bringing both the design teams and the production teams in-house, a company can cut through gaps in time zones, collaborate and communicate decisions more efficiently, and bypass delays caused by goods exchanging hands up the supply chain. Vertical integration and Just-in-Time (JIT) production allows companies to adjust to trends and current events in real time.

One notable example of a company that does this effectively is fashion retailer Zara. The Spanish company refreshes its offerings five times faster than the majority of its competitors. It can do this because, rather than outsourcing and offshoring, it invested in designing and manufacturing in-house.

As one might expect, by bringing production in-house, the output is smaller. However, this works to the chain’s advantage. Customers know that they have to shop often and buy on impulse or they’ll miss out. Thus, shoppers feel like they get a more exclusive, curated line that allows lucky purchasers to stand out as unique among the crowd.

All of these facets of reshoring will be guided by a continued dependence on relationships as well as on investments and training in Industry 4.0 technology that will allow for great autonomy and even greater checks-and-balances.

Tony Uphoff is a Contributor to Grit Daily News and the President and CEO of Thomas. Before joining Thomas in January of 2017, Tony served as CEO of Business.com, where he led the turnaround, build out and successful sale of the company in June of 2016. Prior to Business.com, Tony was CEO of UBM TechWeb, where he led the transformation of a declining print-centric business into a fast-growing digital media, live event and marketing services powerhouse.  He also served as President of VNU Media’s Entertainment Group and Publisher of The Hollywood Reporter, building out and expanding the brands via digital media and live events. Uphoff was the founding CEO of Internet Media company Beliefnet and served as Publisher of InformationWeek in the mid-90s, growing the brand into the largest in the history of B2B media. Uphoff also served in several key management positions at Ziff-Davis during the company’s rapid growth in the early 1990s. Tony anchors the popular weekly Thomas Index video reports and has been named “Folio Forty C-Level Visionary” by Folio Magazine, “Top Media Innovator” by Mins B2B and is regularly named in the Top 100 business media execs by B2B Magazine. Uphoff serves as a Trustee of Linfield College, sits on the board of HIMSS Media and serves a mentor at Mucker Labs.