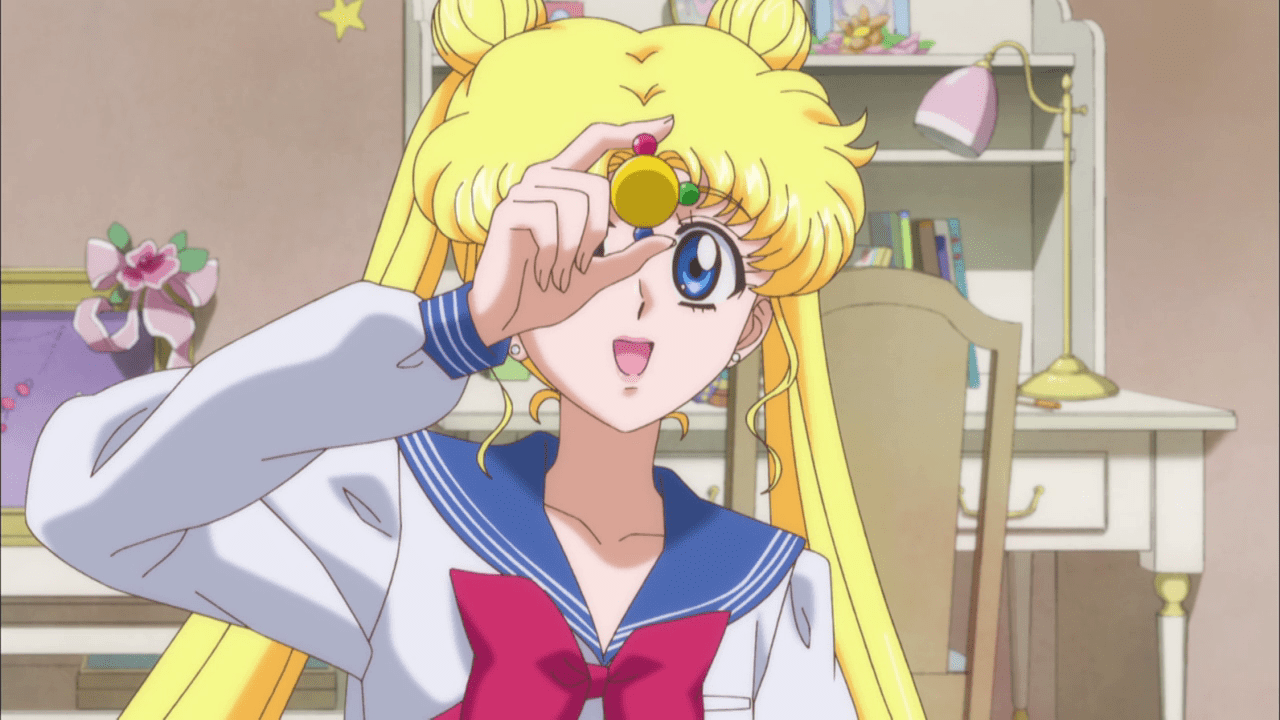 By Katherine Stinson ON September 8, 2020

Long ago, when VHS tapes were still a thing and iPhones had yet to exist, I was watching an episode of Sailor Moon (on my VHS tape of course). The episode finds the protagonist, Usagi Tsukino (although the English dub had changed Usagi’s name to Serena) watching in awe as a beautiful blue-haired violinist named Michiru plays a melody with ease. I want to do that, I thought. What charmed me about Usagi’s character was that she wasn’t graceful, and was actually quite clumsy. Usagi attempts to play Michiru’s violin with the grace you’d expect from someone who had never picked up a stringed instrument.

Sailor Moon was a groundbreaking anime series that basically started the magical girl trend. Back in the early 90’s an innovative mangaka (manga artist/author) Naoko Takeuchi wrote a one-shot manga titled, “Codename Sailor V,” about a schoolgirl turned superhero who fought to protect the Earth. This one-shot would inspire Takeuchi’s greatest legacy: Sailor Moon. The manga would quickly inspire a hit anime series—the premise of the plot following the adventures of Usagi Tsukino. After Usagi saves a cat with a crescent moon on its forehead, the cat, aptly named Luna, informs Usagi that she is a Sailor Senshi, or soldier in English, named Sailor Moon.

Usagi, understandably is flummoxed by the talking cat. Luna gives her a magical brooch, which enables Usagi to transform into Sailor Moon. Usagi transforms into her alter-ego so to speak, but she’s still flummoxed, which is what makes her so great. Usagi is essentially, everything you wouldn’t expect a superhero to be. She’s a crybaby, always late to school, hates studying but loves to eat.

And that’s what makes her so fantastic and fun to watch. Takeuchi’s story allows Usagi to be what she is: a teenage girl trying to figure out life. Can you imagine being told that you have to save the world on top of all that? Usagi doesn’t magically become a top-notch sailor soldier right away. After her first transformation, she cries when facing her first villain.

Thankfully Usagi isn’t alone. Her friends comprise of her fellow Sailor Soldiers. Together, they work as a team to save Earth and occasionally the entire galaxy.

What’s really great about the Sailor Moon series streaming on Hulu is that it’s being presented in it’s uncut state. What do I mean by that? Back when Sailor Moon first came out in America, when VHS tapes were still the most widely-used medium, the two companies that made the English dub of the show censored several parts of Sailor Moon, changed them, or cut them out altogether.

A notable “change” so to speak was making Sailor Neptune (the same beautiful blue haired violinist I mentioned earlier) and Sailor Uranus cousins, when they were two people unrelated to each other, clearly in love.

Sailor Uranus, or Haruka Tenoh, pictured on the left, was also presented as the more masculine of the pair. However, interestingly enough, in the manga Sailor Neptune states that Uranus is both male and female.

While this statement wasn’t included in the original anime in either the Japanese or English versions (from my recollection), the Sailor Moon Crystal anime reboot would include the line.

Such a line may not seem like such a big deal now, but it is important to note that Takeuchi wrote it back in the 90’s, where LGBTQIA representation in media was rare. Takeuchi was certainly ahead of her time, and it’s all the more appreciated now in both the original Sailor Moon anime and the reboot.

Another notable case of this was the Sailor Starlights, three women who appeared to be men when in their civilian forms, but were clearly women when they transformed.

Sailor Moon features important themes including friendship, love, and inclusivity. It’s an incredibly fun anime that is still relevant decades after its original release. You can check out the original anime and the reboot, currently streaming on Hulu.

And of course, I shall remain forever grateful to Sailor Moon for inspiring me to play violin. I still play to this day, about sixteen years after I watched that fateful episode.

Published in News and Streaming