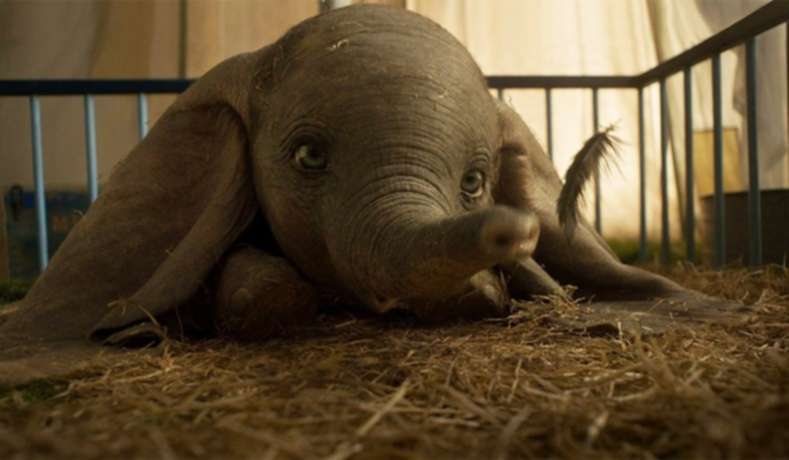 It’s hard to imagine that a film that grossed over $100 million in its opening week would be considered a failure. Yet Disney’s live action remake of Dumbo is being called just that. The film, which was directed by Tim Burton, stars Danny DeVito alongside Michael Keaton, Colin Farrell, and Eva Green. It’s budget was massive—resting at around $170 million. Moviegoers aren’t flocking to the theater as quickly as Disney thought. There’s a couple reasons as to why that could be.

The film tells the story of baby Dumbo, a young elephant born in a train car at the Medici Brothers’ traveling circus. Dumbo was born with overgrown ears, which he soon learns give him the ability to fly. With the help of two human kids at the circus (played by Thandie Newton’s adorable mini-me, Nico Parker, and Finley Hobbins), Dumbo learns to channel his talents into a circus act. Soon, he gets the attention of massive wunderkind Mr. Vandevere, a theme-park owner with a disturbing resemblance in character to Mr. Walt Disney himself.

Dumbo, which is set in the early 1920’s, gave Burton a window to create a commentary on deeper subjects such as war, animal rights issues—and even the seemingly well-oiled machine that is the Disney corporation. As the story unravels onscreen, the curtain is pulled back on the reality of a dreamland owned and controlled by an insatiable thirst for money. It’s clever, but then you remember that this is a Disney movie to begin with.

People Seem to be Tired of Tim Burton

The novelty of a Tim Burton film should be enough to get moviegoers into the theater—in theory. The filmmaker has been working with Disney for decades now. The success of films like The Nightmare Before Christmas allowed Burton the flexibility to be trusted with bigger projects. A live action remake of Alice In Wonderland in 2010 showed that Burton could successfully pivot into live action films.

For the most part, though, the novelty of the Tim Burton aesthetic seems to have worn off. Burton is known for curating a specific image. But it doesn’t necessarily translate into a film that people can connect with when plugged into the Disney equation. The script felt hastily thrown together, and each character’s personality tropes felt stale. Parker’s character, for example, was a young girl more interested in science than classic “girly” things.

Overall, forcing an artist with a specific vision to work himself into the Disney mold came across as forced and prepackaged. It’s not that people are tired of Tim Burton. It’s that people are tired of Tim Burton trying to create for a Disney audience. The pay checks are probably great. However, Burton’s creative vision hasn’t earned the title of “masterpiece” since the release of films like Beetlejuice, Sweeny Todd, Big Fish, or Edward Scissorhands.

The Story Is Heartbreaking

As if the idea of a baby elephant being sentient enough to understand he’s being made fun of isn’t sad enough, having to sit through nearly two hours of animal cruelty and exploitation is almost torture. No, Dumbo doesn’t actually have any real animals in the film. The idea, though, is enough to make watching it uncomfortable. The CGI Dumbo is also way too cute, which may even be a bad thing in this case.

Combining a story like Dumbo with the darkness of Tim Burton’s brand makes for a beautiful visual experience. However, the movie may be too dark for younger viewers to enjoy without getting scared. The original Dumbo also premiered nearly 80 years ago. So younger viewers may not be familiar with the story.

Overall, the live action Dumbo was probably as good as it could have been. Although the directing felt stale and the script lacked the ability to create a major connection with the audience (you spend the entire film desperately hoping the elephant is ok by the end), it fulfilled its duty of providing a live version of a classic cartoon. Disney is currently in the process of revamping nearly all of its classic cartoons into live action versions, so you can expect your favorite childhood movies to come to life in the near future.