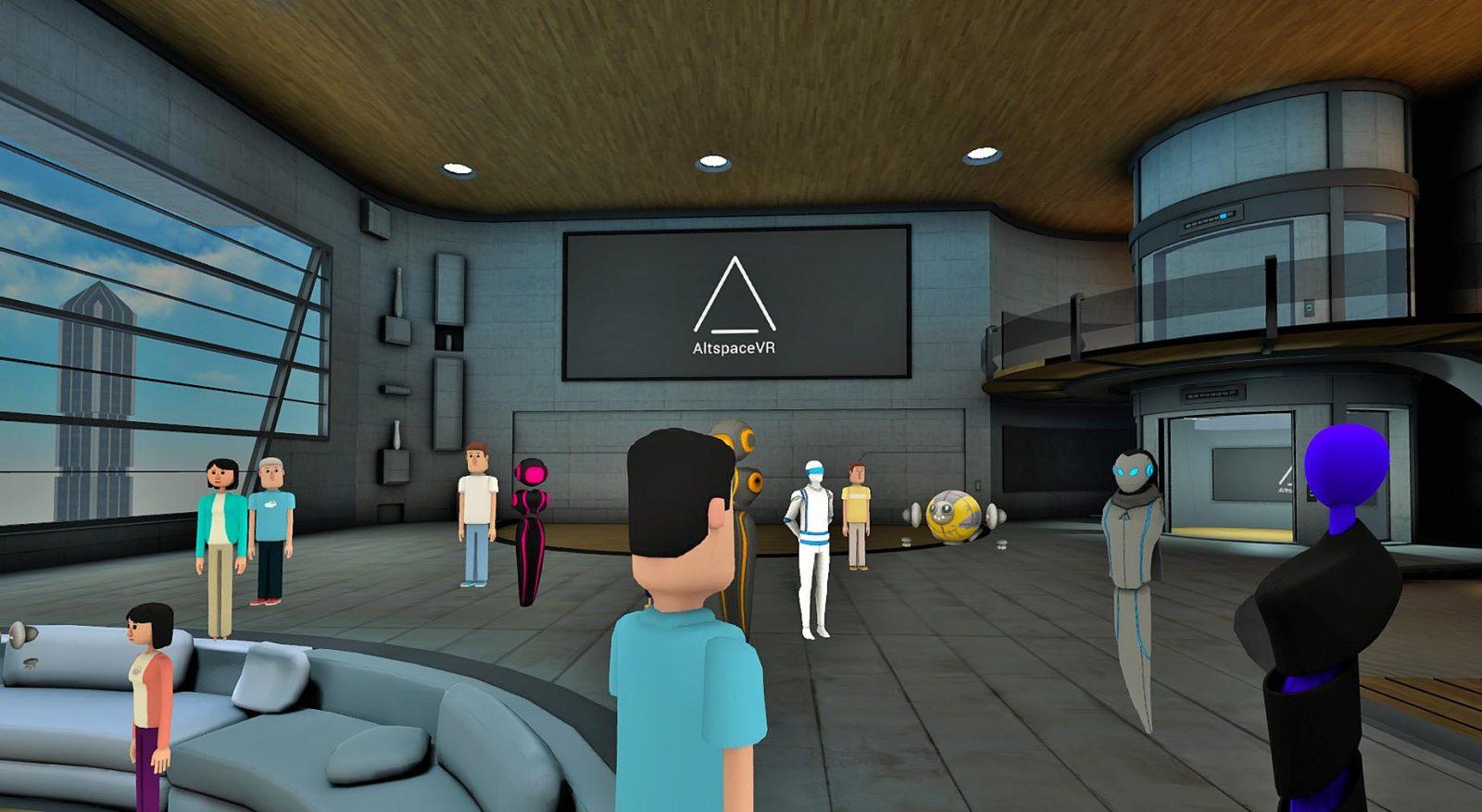 We recently asked if the virtual office is AR’s killer app. Having lots of benefits in normal times, AR remote collaboration gains relevance in empowering shelter-in-place masses. Being forced into #WFH could also engender new perspectives and discoveries we wouldn’t otherwise get.

Now it’s time to test that concept on another area: industry conferences. Applying more to VR than AR, could necessity be the mother of invention in the event world’s rebirth? Could scrambling to save an event business force new discoveries that sustain beyond the current global crisis?

We’ve been applying that silver-linings lens to lots of aspects of life and work in the spirit of positive energy. But conferences are especially relevant as we’re currently mapping out virtual platforms and processes for few events we help produce, such as AWE Nite and VRARA SF.

In the spirit of sharing findings and philosophies, there are lots of challenges to overcome. But there’s equal or greater opportunity to transform events as we know them. At a high level, this requires reconciling challenges for economics and experience. Let’s take those one at a time.

Starting with economics, during several years of large-scale event programming, I was always struck by one flaw in the Death Star: share of wallet. When marketing a destination conference, you’re essentially proposing that a given executive pay (or expense) $2000-$3000, all-in.

But the event organizer only gets about $1000 of that, depending on registration fees. The rest goes to United Airlines or Hilton Hotels (or the bar tab). So this has always been a lingering question. How do you capture a greater share of wallet, even if that means lower total spend?

Put another way, could the value proposition to attendees be to pay $200 for a virtual event.  That’s 10-15% of the all-in cost for attendees, but 100% share-of-wallet for an event producer. It’s also mostly margin, given that they shed overhead fixed costs (e.g. venue) of a physical event.

Say the $1000 ARPU in the traditional model is offset by $600 cost-per-attendee (depends on volume and fixed-cost amortization). Gross margin would be 40 percent or $400. The question is how to reconcile the gap between the $200 and $400 margins per-attendee in these two models.

One answer is volume. By severely lessening cost, friction and time, event producers can attract more attendees per event. There’s also frequency (a form of volume). With significantly-less production requirements for virtual events, they can be done more often and by subdivided teams.

Moving on to user experience, the challenge here is to create an event experience that’s truly immersive… not a glorified Zoom call. The above economics won’t work for something webinar-like, as the world has been conditioned to expect webinars for free. We can’t unring that bell.

Beyond behavioral economics, the experience itself has to be compelling enough to overcome typical adoption barriers and “activation energy.” As Visicalc inventor Dan Bricklin says, any new technology has to be two orders of magnitude better than its predecessor to get over that hump.

“To do it right, you need VR,” Charlie Fink told me — comments informed by research underway on a forthcoming book on virtual events.* “Otherwise it’s just a webinar, and people are not very present for those. They multitask. They time shift. The feeling of presence and the commitment of the participants can’t be secured in a remote 2D conferences on a PC.”

Meanwhile, VR platforms are still developing, including some kinks. We’ve spent time in Altspace planning the next AWE Nite SF.  Fink likewise gave a recent presentation in Altspace, reporting the feeling of presence and audience commitment to be “palpable.” Facebook Horizon also looms.

But the real opportunity is in rethinking events around VR’s advantages. 8th Wall’s Tom Emrich points out that this is an opportunity to use VR’s suspension of physics to do things you can’t do IRL. For example, mute attendees in a virtual ballroom for private sidebars with specific people.

“We should be looking at this as an opportunity to change the things we didn’t like about physical events,” he told us while in an Altspace pow-wow this week. “These worlds don’t abide by the laws of physics. So how do we elevate things and make it worth our while to be in VR?”

Emrich’s comments also acknowledge the elephant in the room: networking. There are many event personas, including those that want a crash course in a given discipline. For them, it’s easy to meet goals in VR because they’re in it for the content and slides. But what about BD folks?

Here, I keep going back to the economics and drawbacks of physical events. Though face-to-face meetings and networking can achieve greater depth, they lack breadth. In other words, there’s a scalability challenge in how many people you can meet with at a two-day destination conference.

So though VR can’t compete with IRL’s depth of engagement, the bottom line speaks loudest. If you can offer a larger sales funnel at lower acquisition costs, could BD pros be more effective from a bottom-line perspective? We’re talking about bringing digital network effects to events.

In other words, by applying social graphs, immersion and more attendees (per the ARPU formula above), could BD folks come away with more leads? Could we streamline their networking with taxonomies and smart filters that parse a given virtual room by attendee attributes or intent?

Emrich proposes overhead bubbles that let you work the room with greater precision than the crapshoot of a traditional cocktail hour. Back to scalability and time, BD pros can interact with that indexed attendee list in VR for weeks after the event. Timeshifing improves their numbers game.

Finally, there’s serendipity. In planning events for years, we always tried and failed to do a sort of “speed-dating” format. The idea is to lead attendees through quick-hit musical chairs that lead to real discovery. In VR, that could happen more effectively. Think: Chatroulette meets Altspace.

Not only is all of this compelling but it’s largely untapped. Everyone is more or less at the same starting line. Everyone is going through the same learning curve for virtual-event best practices. Whoever can run the fastest will gain an edge with a massively in-demand competency

We mean the above mostly for event producers who learn to use and hack available tools. But the learning curve will also apply to event or social platforms. We mentioned Altspace and Facebook Horizon. There’s also Rec Room, VR Chat and other social VR plays (though less than before).

These native VR players will have an edge in product focus and UX chops — especially those with deep-pocketed parents. In other words, they’ll eviscerate innovator’s dilemma-burdened companies who potentially move into VR, like Zoom or GoToMeeting. But there are still kinks.

For one, we need less onboarding friction. Though it’s not a favorite tactic of platform providers, infusing existing social graphs can ease authentication and onboarding. Facebook Horizons won’t have this issue. Meanwhile, LinkedIn and Altspace are corporate siblings. Just sayin…

Many VR event kinks also trace back to VR’s overall form-factor challenges. This is a well-worn argument about reducing friction and boosting capability before mainstream tipping points can happen. It’s true here as much as any area of VR, given a mainstream event-going population.

“We need VR you can wear for hours,” Fink told us. “We need much better resolution, and a way to take notes while in VR. Most people are on PCs for virtual conferences so they miss out on presence which is the whole point of a conference. And VR is the only thing that might replace a show floor but, again, to do that you need better VR.”