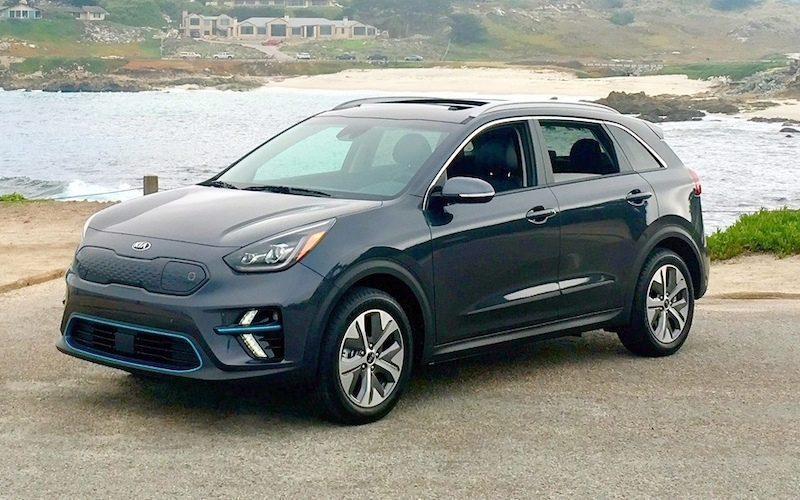 What will the next generation of electric vehicles look like?

Three rules foretell when an automotive technological breakthrough is real.

1. You recognize the name of the company talking about the breakthrough.

2. The breakthrough is not promised “as soon as funding – or government approval – is secured.”

3. Other major companies announce similar projects or join in on the one announced.

Those rules are really critical when it comes to battery technology. As electric cars have progressed during the past three decades, we’ve seen a similar progression in battery technology. But the promises of battery advances have not always mapped to reality.

Back in 1990, the GM Impact, progenitor of the modern EV, packed tried-and-true lead-acid batteries. Then came nickel-metal-hydride during the Prius generation, followed by lithium-ion, the current battery of choice (though it comes in a variety of chemistries and configurations). This now looks like a way station to the next generation of batteries – solid-state.

The battery changes are driven by the same quest – lower cost, greater range, and smaller form factors. Those needs haven’t changed over 30 years. The hope is to make the electric car an affordable, functional choice. The truth is that lithium-ion works well right now and continues to improve, delivering more than 300 miles of range in cars like the Tesla Model 3. Costs have dropped to the point where hybrids and some plug-in hybrids probably cost less to make than their retail price. That’s a big change in the EV world, but not enough.

Let’s start by looking back at how we got to this inflection point in the electric car world.

How Did We Get Here?

GM’s 1990 Impact had 32 sealed, 10-volt, lead-acid AC Delco batteries running the length of the small two-seater. They worked and were cheap, but didn’t provide much range. When the production EV1 came out, it started with lead-acid batteries as well, but quickly moved to nickel-metal-hydride (NiMH) batteries. This formula, based on the common rechargeable nickel-cadmium (NiCd) batteries found in all kinds of electronics equipment, worked well for automakers (and remains in place for many hybrid batteries today). With NiMH, energy density increased, and they were durable, standing up to constant recharging.

Not that there aren’t some drawbacks to lithium-ion. It is sensitive to extreme temperatures (something in common with many batteries) and also can be subject to what the battery industry loves to call “thermal events.” The rest of the world calls them “fires.”

Related: 5 obstacles autonomous car brands must overcome before they hit the road

The next step – by consensus of the auto and battery industries – is to move to solid-state batteries that feature solid electrodes and solid electrolytes. The promise is clear – another step-down in cost and a significant step-up in safety and performance, just the moves needed to bring electric vehicles into the true mainstream.

The prospect is real enough that Toyota and Panasonic, two giants in their respective industries, pooled together to push solid-state prismatic battery development. Toyota hopes to start putting them in mass-produced cars during the next decade – with additional production being available to other manufacturers. Given the scale of production that’s envisioned, this looks like a multi-billion-dollar investment. For Toyota, these new batteries are what it feels are needed to launch EVs into the mainstream. Similar to the long-range approach the company took to hybrid and fuel cell development, Toyota disclosed it’s been doing fundamental research on solid-state batteries since 2010.

Its target is a cost-effective, compact, lightweight, 500-mile range battery by 2030. The energy density will more than double the best current lithium-ion batteries at half the output density. Further, Toyota says the more compact construction possible with a solid-state battery will make them less intrusive. In addition, they’re more thermally resistant, so they will not need the complex cooling systems of current batteries and will be less prone to fires. And they’ll charge faster, too.

While the Toyota-Panasonic group posits 10 years as the likely time horizon for solid-state batteries, Volkswagen thinks it can short circuit that timeline. The giant car company has teamed with a high-power startup that spun out of Stanford University, QuantumScape. They expect their $100-million investment to turn into solid-state batteries for the pantheon of VW EVs planned by mid-decade, though initial volumes may be low.  Fellow German automaker BMW says it too plans on having solid-state batteries in its lineup by 2025.

Not to be left out, another big automaker, Hyundai, is working with another startup, Ionic Materials, which is developing solid polymer electrolyte technology. Their system also allows the elimination of cobalt from the battery. Ionic predicts its materials could achieve 50 percent higher energy efficiency than lithium-ion batteries while costing less than $100 per kilowatt-hour (KWh).

Then there are the wild cards: automotive startups like Dyson in England and Fisker in the U.S. have not only staked out their future on niche electric cars, but also pledged to be the first to bring solid-state batteries to the public. Both of them are working quietly and say they’ll have cars with solid-state batteries on the road within the next two years.

Startups aside, teaming up does seem the way to attract this kind of hugely expensive, game-changing technology. Hence, you have some of the largest companies in the world pooling resources and brainpower to attack what the consensus says is a solvable problem – it will only take time and money.

All Talk So Far

Before anyone gets too excited about all of the activity (financial and technical) being generated around solid-state batteries, it falls to us to remind everyone that no one has yet produced an automotive-scale battery, much less tested one in a car. An additional marker to note is that the incumbent lithium-ion technology is continuing to progress in performance while also lowering costs.

The promise that will continue to drive industry forward is the goal of a cost- and performance-competitive battery on the same lot as the internal combustion engine (ICE) – same price, same range, same ease of refueling. It’s a dream that appears to be taking shape on top of the development of the solid-state battery.

The post Solid-State Batteries: The Next Generation for Electric Vehicles appeared first on Innovation & Tech Today.