What to Take Away from Game of Thrones’, ‘Battle of Winterfell’, TV’s Most Tweeted Episode In History

The night is always darkest before the dawn.

Yes, we know a good amount of the episode was dark. But, instead of being an asshole and ungrateful, understand why it was dark and the significance this episode brought to cinematic history.

Through the Twitter-verse, fans have had a lot to say about the episode’s continual darkness during the epic battle scene that lasted for 83 minutes in Season 8, Episode 3 of Game of Thrones.

Many are wondering whether HBO made a poor artistic call by filming the episode in extremely low light. Other questions surrounding whether the show was overly compressed to meet internet bandwidths during on-peak hours, or whether we all needed to head to the nearest Best Buy to buy a brand new 4K LED TV.

But, this is no isolated complaint, as the series is known for being rather dark.

Well, Fabian Wagner, the cinematographer who shot the Battle of Winterfell and who also worked on other episodes like “Hardhome” and “Battle of the Bastards” spoke out to TMZ and explained his decision for lighting.

To put fans minds at ease, the lighting was not a mistake, according to Wagner.

“I know it wasn’t too dark, because I shot it,” he said. The episode was designed to be dark and disorientating, similar to what it would have looked like in a real battle.

Rather than add lighting to the Long Night scene, HBO shot with extremely high-end cameras and with just enough light to give the scene the directors wanted. For example, the wintry fog where none of the characters could see…purposefully done. If the characters can’t see what’s coming until he’s right on top of them, why should you?

“We tried to give the viewers and fans a cool episode to watch,” he added. “[…] “[the series] has always been very dark and a very cinematic show” and was never meant to be watched on a phone screen or in broad daylight.

The idea, according to Robert McLachlan, who worked on eight Thrones episodes, was to have the show dark because it was meant to be “as naturalistic as possible.”

They try “to make these sets and locations feel as if they’re absolutely not lit by us, but only by Mother Nature or some candles,” he said, “so that it feels more naturalistic, albeit enhanced in some cases.”

Wagner has recommended watching the series at home in a dark room and adjusting TV settings. Just think about the quality you’re getting.

So, there you have it. Now stop whining.

#2 –Why this Episode Was the Most Challenging Yet

Second, there were over 750 individuals required to make this scene happen.

Third, for Game of Thrones musical composer, Ramin Djawadi, scoring Episode 3 was the most difficult task he’s had to date, he told Variety Magazine.

Showrunners, David Benioff and D.B. Weiss flagged the episode to him from the very beginning, informing him that he would need to “take a look at it first.”

Djawadi, watching the first cut of the episode over a year ago, had seen the very first footage from the final season.

Initially opting for electronic music, Djawadi wanted to couple it with a pounding bass drum throughtout the rest of the episode to convey that characters were being overrun by thousands of wights.

“We talked about how we were going to tackle this musically, and with the climax we thought, this is a special moment and an opportunity once again to utilize the piano, just like we had done in season 6 with ‘Light of Seven’ when Cersei blows up the Sept of Baelor, up until that point we had never used piano before,” Djawadi said.

“Having gone through all this battle music, you get to that point with the piano and it’s just really sad; once you hear the piano you think, ‘this is it, it’s over for our beloved characters.’”

But, the challenge according to the composer, was how to keep the tension going.

“We build, we build, with little spots of hope, with the thought of, ‘maybe they can do this, maybe there’s a chance to win this,’ but it gets taken away again.”

Due to the sheer size, Djawadi said this was the most challenging episode yet. “We had ‘Battle of the Bastards,’ which was 17,20 minutes long, but having an entire episode being one long battle was really tricky.”

#3 –It Was the Most Tweeted Episode in TV History

In second place for TV tweet history, was the April 14 Season 8 premiere of Game of Thrones, garnering over 5 million tweets.

In 2019 alone, there have been over 52 million tweets about Thrones, and that number will only continue to grow as the series come to its final conclusion.

#4—What’s Up With Valyrian Steel?

That Valyrian steel dagger has a long history on Game of Thrones. While Dragonglass weapons have been confirmed to kill White Walkers, which is why Gendry and his smiths have been forging them for the past three episodes, so can Valyrian steel.

But, they are scarce, as only five individuals had them:

From here on out, the only “God of Death” to fear is Arya Stark herself.

For eight long years, the plot surrounding The Children of the Forest, the birth of the Night King, his White Walkers, and wights, has taken Thrones fans on an exhausting journey into discovering the truth surrounding their origin.

However, finding any more out about the Night King came to a shattering end on Sunday night’s third episode of Season 8, as fans watched in horror as Arya Stark stabbed the Night King straight through his abdomen.

“We knew it had to be Valyrian steel in the exact spot where the Children of the Forest first put the dragonglass blade to create the Night King,” said showrunners, David Benioff and D.B. Weiss. “And he’s uncreated by Valyrian steel.”

But for Thrones fans, it was more than “sticking the pointy end” to the Night King, rather, it was accepting what seems to be a haunting truth that the series’ biggest threat suddenly came to an end, mid-way through the final season.

Most fans expected Jon Show or even Daenerys to deliver the final blow with the use of their dragons.

But, was Arya’s role in killing The Night King unprecedented? Absolutely not. Time to pay closer attention Thrones fans.

Since Season 3, Maisie Williams’ character has been on a pathway to become something more, someone deadlier than any character in the show—”a man with no name, and many faces.”

“No One Can Kill the Night King”

Need I say more? Have we been missing the biggest clue of them all? For five seasons, we’ve watched Arya transition from a scared child into “no one”—one of many serving the Many-Faced God. Was this a truth hidden in plain sight that Arya, aka “no one” was destined to kill the Night King? Possible.

Think back to Season 3, where Melisandre and Arya encountered one another in the forest.

During their encounter, the red witch looked into Arya’s eyes, telling her that she saw a darkness that would “one day shut many eyes: brown eyes, green eyes, and blue eyes.”

Not believing a word the witch said, let alone understanding what that meant in relation to her own destiny, Arya took it with a grain of salt. Until Sunday night.

In Sunday’s 83-minute battle scene, Melisandre and Arya had a brief reunion, encountering one another for the second and what would be the final time in the series.

Confirming the power of Melisandre, Arya stands silent awaiting Melisandre to speak. Looking into young Stark’s eyes, she reminded her of her promise that they would again meet, and reiterating the prophecy that she has shut “brown eyes and green eyes,” pausing, and adding “blue eyes,” into the equation.

“What do we say to the God of Death?” the red witch asked Arya.

“Not today,” the young Stark replied, walking out of the scene and disappearing into the cold winters night.

#6—The Truth Behind the Night King’s Identity (and future) 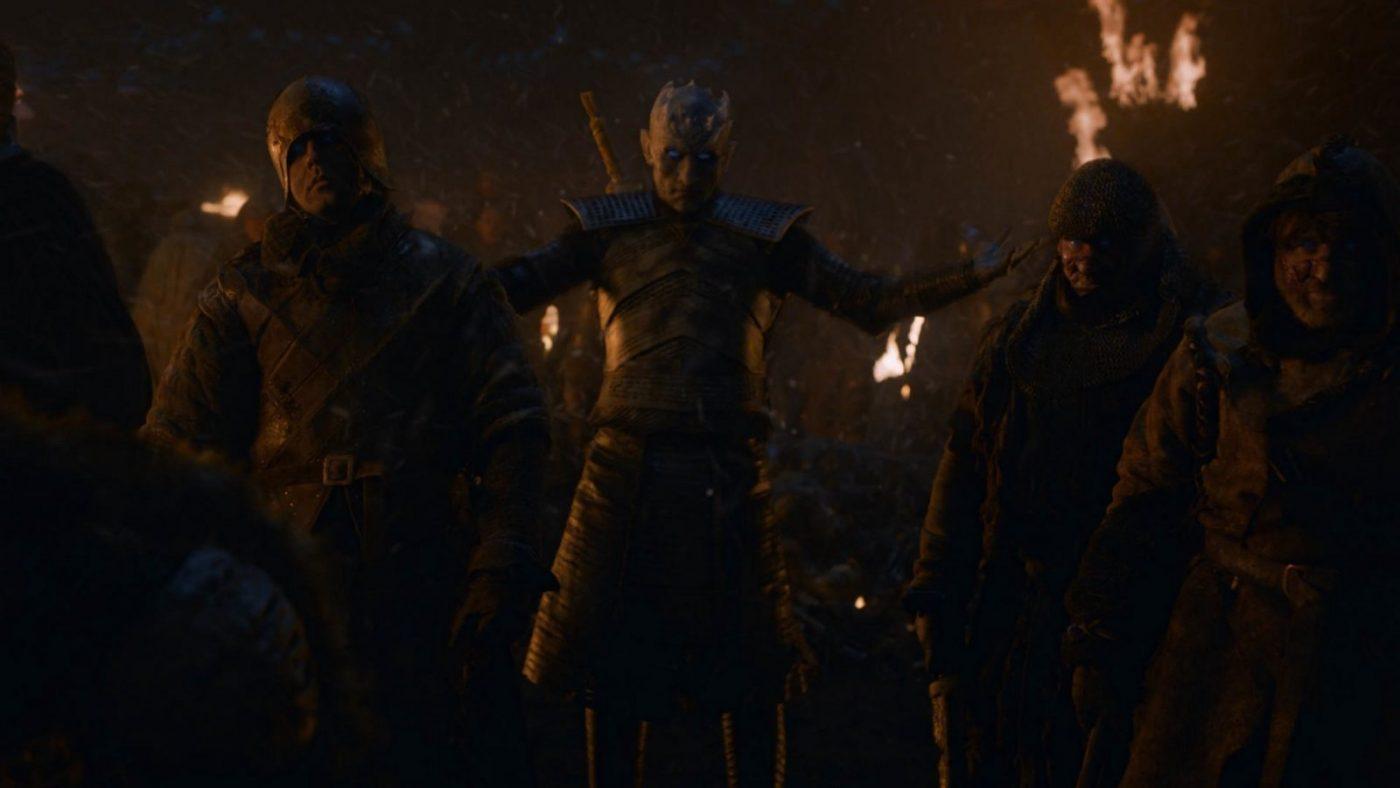 While we watched the shocking death of the series’ most built up and anticipated character, there are still two burning questions:

The Mark of Death 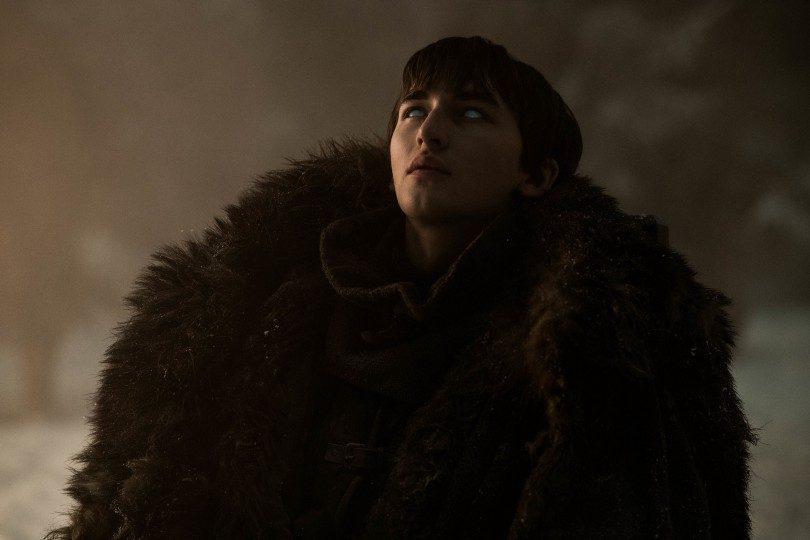 While fans saw the Night King shatter into a million pieces, is he and his Army of the Dead truly gone? If you think so, take a few steps back—what question still hasn’t been answered?

Remember, Bran has been marked. Meaning, he still shares a connection in some way, shape, form, (or dimension) to the Night King. Upon his death, there was no confirmation that the mark on Bran’s arm has disappeared. Boom.

In this world or another, we definitely were given clues as to who the Night King probably was at some point in time. All pun intended. Meet the Ice-Targaryen.

When Dani and Dracarys lit him up with no possible chance of the ice king surviving, we see him standing in the heart of the fiery blaze with not a scratch on him. If you remember back to Season 1, Daenerys (or Khaleesi) became The Mother of Dragons because she was not hurt or touched from dragon fire.

Subsequently, only she through her birthright could ride a dragon, something that hasn’t ever been done. Yet, the Night King and Jon Snow (Aegon Targaryen) are the only other two characters in the history of the show that we’ve seen be able to ride a dragon.

The Night King may be dead, but if we learned anything about who he was, in this time or another, he was most definitely a Targaryen, and for the writers, it seemed that this was enough to provide closure into his backstory. 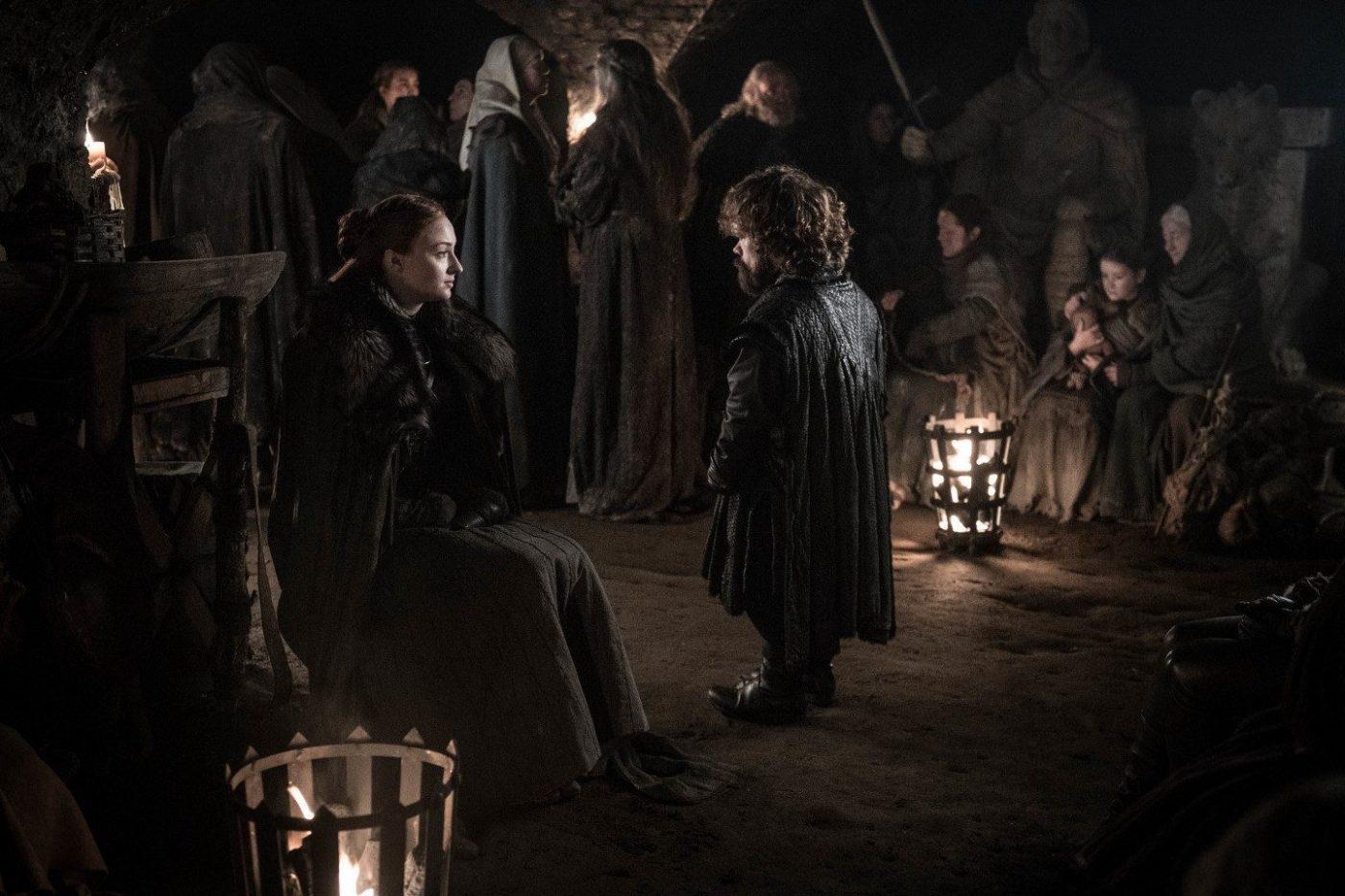 Could it be possible that the ungodly sexual tension between Tyrion Lannister and Sansa Stark down in the crypts was something more than what seems to be the apocalypse?

#8—Where The Hell Did Ghost Go?

While appearing in the teaser for Episode 4, somehow Ghost managed to survive the Long Night without ever being seen again since he charged off into that cold dark night. Probably munching on dead bodies to stay strong for the upcoming battle. 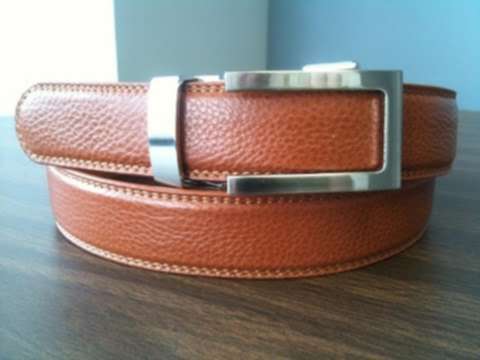 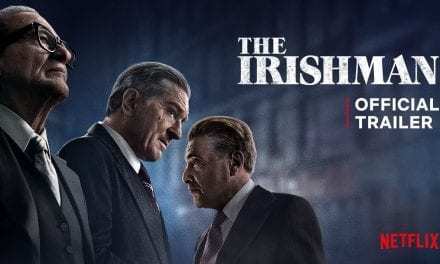 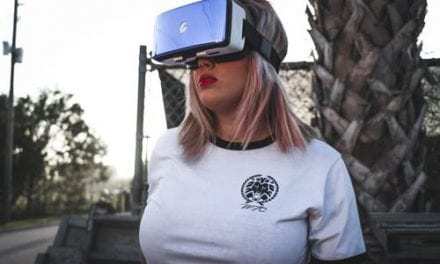