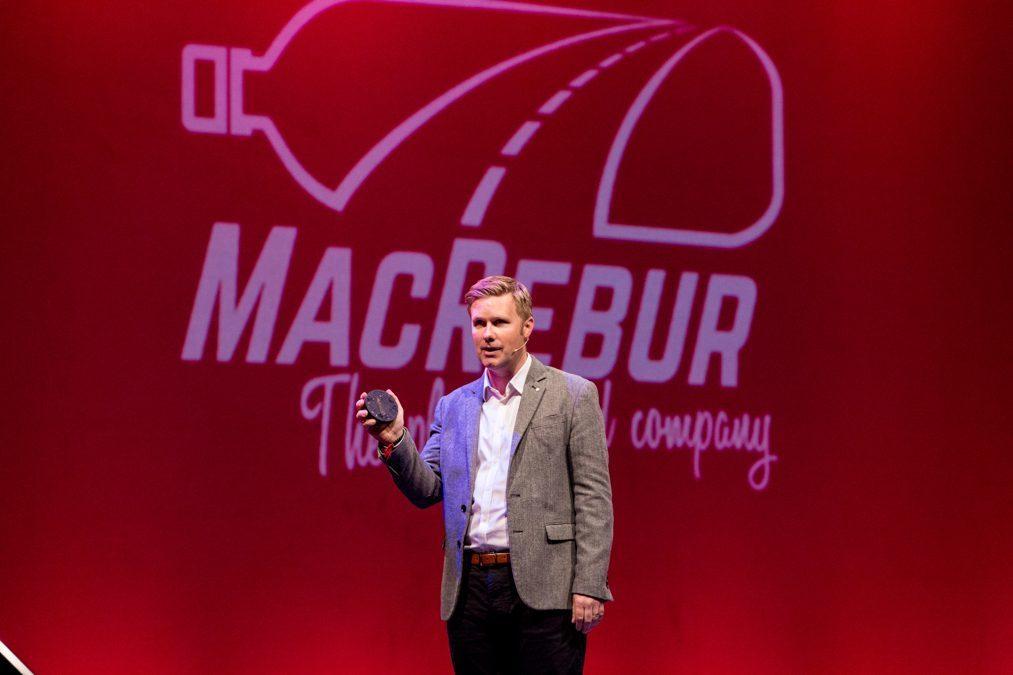 The problem of plastic pollution is daunting to solve, but one company is working to reduce it.

MacRebur is a Scotland-based company that has found a way to use plastics that can’t be recycled and turn them into roads.

Founded by Toby McCartney, Nick Burnett and Gordon Reid in 2016, MacRebur is on a mission to change plastic pollution and make the world a cleaner place. This is all inspired by his daughter.

He said that he had not been as conscious of the plastic pollution before to this assembly.

“Some of the other kids had said fish and whales and dolphins and my little girl when she put her hand up to answer the question she said plastics,” he said.

Prior to the event, McCartney had asked her to look up what was in the ocean for herself so she would be prepared and begin learning how to research.

“The research that she did found that by the time she reaches my age it’s expected that there will be more plastics in our oceans than fish themselves,” said McCartney.

This led him to begin thinking about the reduction of plastic use in his own life and later what could be done about the problem on a larger scale.

The Steve Jobs in the garage phase

The idea of using plastics to pave roads occurred to McCartney while his mother-in-law was complaining about potholes.

While in India for work he had seen a common solution for potholes there.

“One of the things that they were doing was taking small rubbish and mainly packaging and things like that and they were taking it to their potholes and pouring desil all over it, lighting it and then all of the stuff that they put into the pothole would melt,” he said.

These makeshift potholes pushed him to look for a way to use plastics to fix Scotland’s potholes.

Later in his garage, he cut up plastic into little pieces and asked Nick Burnett who had a background in chemistry for help.

“I said that plastics come from hydrocarbons that come from oil and bitumen in the road mix also comes from oil so is there a way do you think we could take these plastics, and use them to replace the bitumen that goes into the mix?”

After sending the idea and the pieces of plastic from his garage down to a lab the two found 844 ways not to make a plastic road.

“We decided to fix the two problems [plastic and potholes] with one very simple solution and see if we could form a business in this and see if there was a market in it,” he said.

Although they had the technology, they needed someone with construction experience and that was Gordon Reid.

From garage to global

The trio entered a business competition in 2016, largely due to McCartney’s admiration for the Richard Branson.

“I had a sort of man-crush on Richard Branson to be honest so I thought I might get to meet him,” said McCartney.

He said that he didn’t really believe that they were going to win.

“So I entered with this crazy idea of putting plastics into roads to replace the bituman and it turns out in 2016 I won the whole competiton,” said McCartney.

This took them from being self-funded to having decent budget.

The main challenges the company faced was finding a way to ensure that microplastics would not be accidentally released from the roads and convincing people that it was a good idea.

“When you come up with a new product and with all the benefits that we [UK] have it for many of them seems unbelievable or it seems too easy,” he said.

Today, he is paving roads not only in Scotland but across the world, with plans to pave more.

The company how has three types of product for all weather conditions from snow to desert.

They have their original location in Scotland, a newer one in San Diego, California and are planning to open more locations in places like Tampa, Florida; San Fransisco, California; Australia; Estonia and others.

The price of MacRebur’s roads is about 70 dollars cheaper per ton than common roads and are expected to last longer.

“We’re gunning for being the ultimate solution to the plastic epidemic we’re all having to live through,” he said.

McCartney said that his generation has created such a large problem that he wants to try and fix as much of it as possible using this technology.

“It’s a big part my generation’s fault for the mess that we’ve made of the world,” he said.

For the future, his vision of expansion is his way of trying to fix the problem.

“I think for MacRebur we want people to say that a MacRebur road is laid in every state, in every country, on every road because it’s a solution to the environmental disaster that we have created,” he said.

“We’re not a roads company we’re an environmental company.”