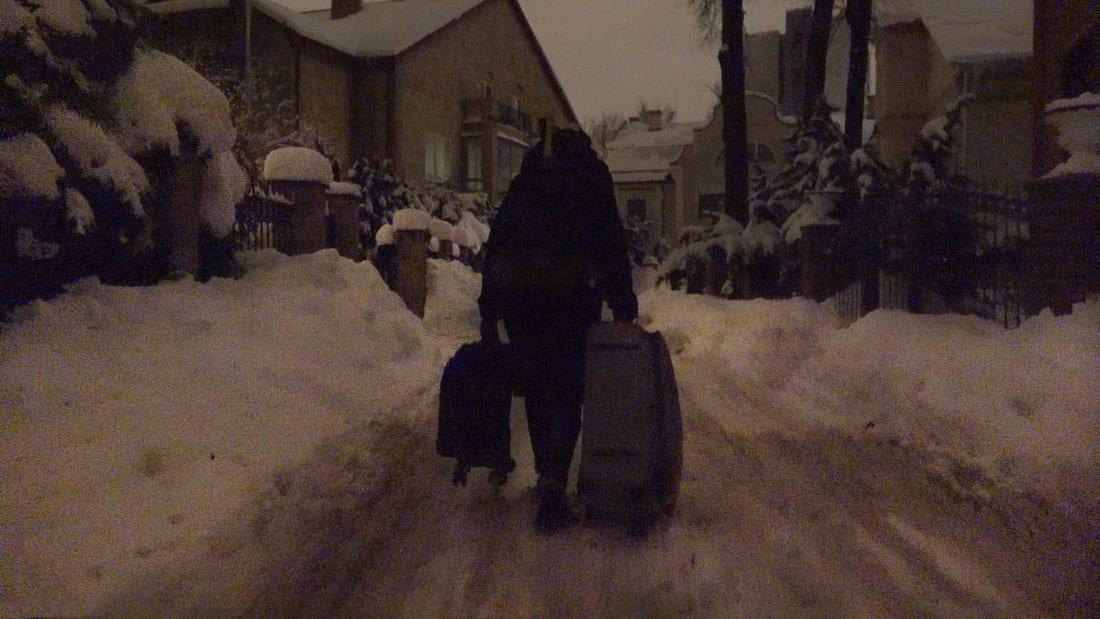 It’s easy to think that the human rights problems happening across the globe have no ties to our own rights here at home. A story about a refugee being forced out of their home over their sexuality has little to do with everyday life here in the United States because that could never happen here. Right? Right? We’re much further along—much more progressive than that—are we not?

A new documentary coming to HBO this June called Welcome To Chechnya welcomes viewers in to experience the harrowing, life threatening realities of being LGBTQ+ in Chechnya—a small province in the south of Russia.

Headlines circulating the internet over the last couple of years have attempted to shine light on the humanitarian crisis plaguing the small area, but without firsthand accounts of the atrocities, it’s hard to emphasize the gravity of the situation.

In the film’s opening scene, director David France shines light on a young lesbian named “Anya” that hopes to flee the province after her uncle finds out about her sexuality. In a phone call with David Isteev—a crisis response counselor that works closely to extract and relocate refugees of the Chechnya gay purge—”Anya” discloses that her uncle has threatened to expose her sexuality if she does not agree to have sex with him. As Anya’s father works in the government, she fears that the exposure of her sexuality could mean the end of her life. “He will kill me,” she says over the phone to a now-stressed Isteev.

Assault. Kidnapping. Rape. Sodomy. Suicide. Murder—are just some of the horrifying stories brought to light in Welcome To Chechnya, which spares no truth and sugar coats no story but is not subversive simply for the sake of shock value. The stories are real, and they’re happening right now, today, in the same era where social media users in the United States argue that straight pride should be celebrated alongside LGBTQ+ pride.

With what started as a drug raid in 2017 that revealed explicit homosexual images on a detainee’s phone, the Chechen government started a hate campaign to find and remove anyone gay in the region. Each new detainee started a chain reaction, as prisoners were tortured and threatened with violence until they provided names of other gay people in their communities. If they claimed had no names to give, they were not taken seriously.

In Welcome To Chechnya, viewers are forced to look at the “cleansing” being committed at the hands of the far-right, mob-like Russian government using a combination of hidden cameras, stolen CCTV footage, and interviews with survivors of one of the greatest atrocities plaguing modern times. In one scene, grainy footage of a city street shows a woman being dragged from a car and bludgeoned in the head in the middle of the street—presumably, over her sexuality.

After the screening of the film concluded at the Sundance Film Festival, one of the survivors—the only survivor to have come forward publicly now that he, his boyfriend, and his entire family have been evacuated and relocated to another country—stood up to speak about the film. It should come as a surprise to hear that the face that viewers will watch throughout the film is not the face that stood up at Sundance.

Welcome To Chechnya uses face-altering technology to protect the identities of its subjects—many of whom are either still at risk of being tortured and killed or are in hiding, awaiting refugee status or a new identity elsewhere. Few instances have proven technology to be both necessary and vital to aid in the retelling of such harrowing stories, but even with the sometimes distracting digital retouching, the power of the stories are not lost.

Many other victims have been relocated to different parts of Russia and Europe, but as Putin turns a blind eye to the genocide happening in Chechnya, many fear that the purge could bleed into other parts of the country. In order to fully flee from being found and sent back to Chechnya, victims must relocate to an entirely new country where they are often not welcomed as refugees (the United States has taken in zero refugees from Chechnya since the purge began in 2017). For this reason, so few stories have been told.

While Welcome To Chechnya draws much-needed attention to a localized atrocity being committed in an often forgotten about part of the world, it begs a greater question: If the Chechen government can attempt to purge an entire province of its gay civilians and get away with it, what is stopping other leaders from starting, or quietly advocating for, similar purges elsewhere?