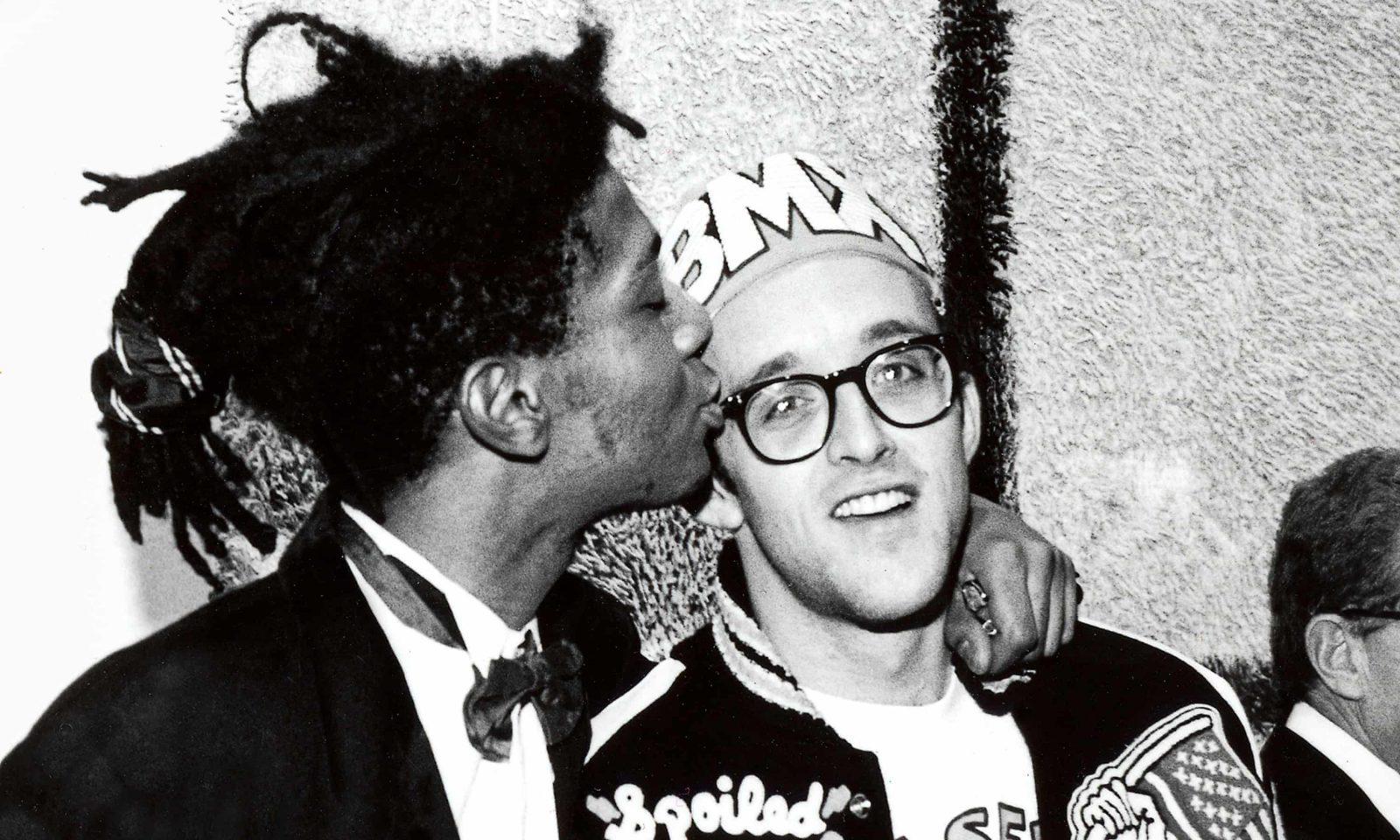 If you are one of many who are locked down or self-isolating during this COVID-19 coronavirus pandemic and are looking for something to help get you through the day, Australia’s National Gallery of Victoria (NGV) is here to help. They are offering a free virtual tour of their exhibit, Keith Haring | Jean-Michel Basquiat: Crossing Lines.

You may have seen a lot of Haring’s work on the internet recently. The 30th anniversary of the artist and political activist’s unfortunate passing from HIV/AIDS complications was this past February, and retailers from Adidas to Pintrill have partnered with the Keith Haring Foundation for collections featuring his truly one of a kind designs.

Haring used his art to champion gay rights and to fight to raise awareness of the HIV/AIDS epidemic, as well as to speak out against the rising crack cocaine epidemic. He honed his style practicing graffiti in the subway stations of New York City and become a key figure in the burgeoning New York New Wave art scene.

Haring’s style was characterized his simple yet highly dynamic designs. Each work contained his signature style of outlined figures layered in highly complex and intricate layouts, capturing the kinetic energy depicted in the pieces with each stroke.

Basquiat was a dynamic figure who, like Haring, was a graffiti artist turned painter that was a leader of the New York art scene. However, the similarities end there as their visual styles are very different. As a homeless runaway, Basquiat took to graffiti and social commentary under the pseudonym, Samo. He enjoyed a meteoric rise to stardom through his arts education, dedication and his relationship with Andy Warhol.

The talented artist struggled with his demons and ultimately died of a heroin overdose at the young age of 27. The tragedy of his death retroactively highlights the angst that he captured in his paintings. His rebellious messages fighting against racial and class struggles were perfectly captured by his gritty combination of words, colors and images.

Haring and Basquiat make for a perfect pairing for several reasons. Firstly, they were not only contemporaries, but friends. Basquiat reached out to Haring for support as he tried to get off of heroin and Haring was there for him. They frequented the same parties and were around a lot of the same people.

Secondly, the two artists were born from the same moment in time: the unique era where New York City was redefining itself. They became household names while they captured the zeitgeist of the city’s fringes. Their contributions to the art world were both visually appealing and emotionally triggering, delivering messages that their city needed to hear at the time. Those messages were crafted in such a timeless manner and they captured such universal truths, that lessons can still be gleaned from their works today.

The virtual tour from the NGV will open Saturday, April 4th as a part of the gallery’s ‘Channel’ program. You can enjoy the Haring/Basquiat virtual exhibit and check the NGV Channel’s entire catalog here.

You really have nothing better to do, so why not educate yourself on two of the most influential visual artists of the late 20th century?

Published in Art and Entertainment