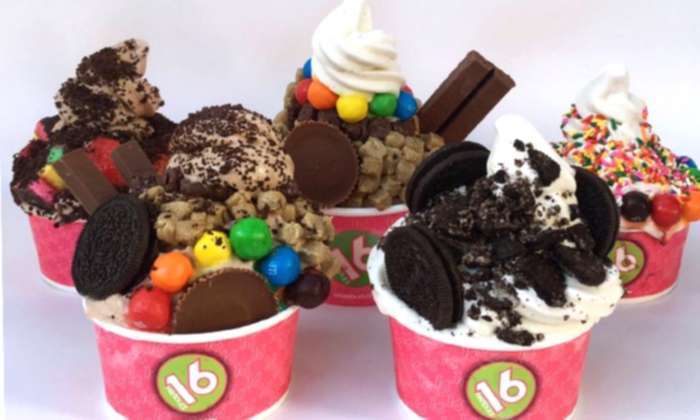 Happy national frozen yogurt day! It seems like a cruel joke to make a day dedicated to cold treats in the middle of the winter, but that won’t stop anyone. Not even vegans.

16 Handles, the popular frozen yogurt chain with locations up and down the east coast, announced recently that it will now offer a selection of vegan flavors. The company saw a demand for such an item and worked to bring it into fruition. Just in time for the new year, 16 Handles released a vegan alternative to its most popular flavors. The yogurt alternative is made from cashew milk and comes in a growing variety of flavors. The company also announced that it plans to release a new flavor on the 16th of each month. “Since the very beginning, New Yorkers have embraced 16 Handles because of our commitment to quality, innovation, and inclusiveness,” the company said in a press release announcing its new line of vegan flavors.

Members at 16 Handles will also continue to recieve double points at the yogurt shop on the 16th of each month. The company has worked hard to be the number one choice among New York yogurt shops for the last ten years. 16 Handles has dozens of locations throughout New York, New Jersey, and even Florida. Members can access their points through the company’s app, which is available on the app store.

16 Handles is working hard to bring more unique flavors to its locations. Created by an in-house chef, both its vegan and cream-based flavors are made with only high-quality, all natural ingredients. The new flavor, unveiled in January, is Chocolate Hazlenut Truffle. The flavor is made with high-quality cashew milk,  hazlenuts and all-natural cocoa. The flavor will also launch alongside vegan belgian chocolate truffles to add as a topping to the flavor. In addition to frozen yogurt, 16 handles offers a variety of smoothies, ice cream, gelato, sorbets and cakes.