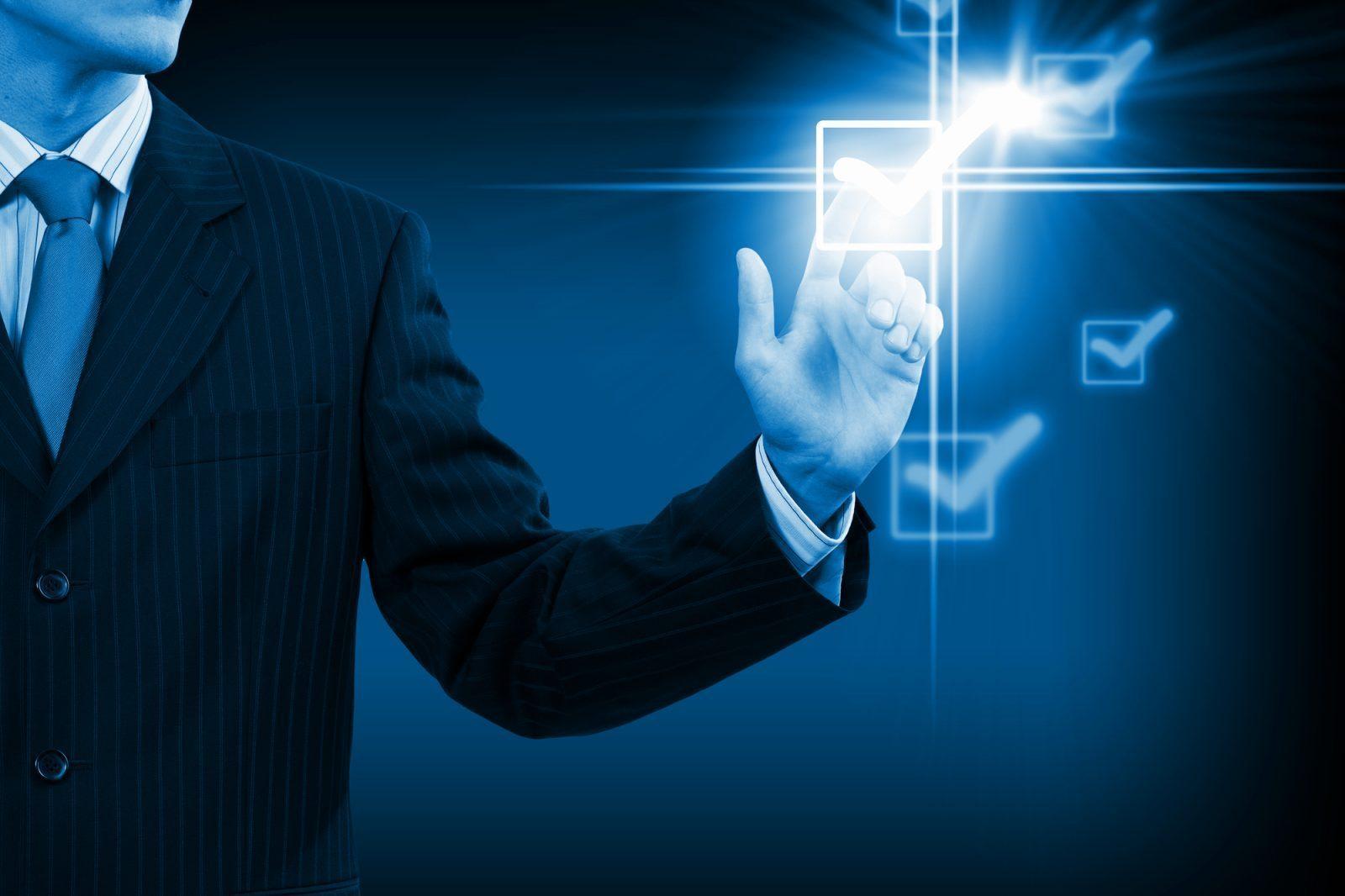 Last Wednesday, the U.S. Department of Justice announced that George Nader, a Lebanese-American businessman and witness named in the Mueller report, was among eight people charged with conspiring to conceal the source of excessive contributions to groups supporting Hillary Clinton’s 2016 presidential campaign. Now, while a legal indictment is not a finding of guilt, it still requires the named individuals to be proven guilty beyond a reasonable doubt.

Prosecutors said that Nader conspired with Ahmad “Andy” Khawaja, the owner of an online payments company, to conceal more than $3.5 million in donations to the groups. These “donations” provided Khawaja with direct access to Clinton, and a visit to the Oval Office with President Trump, according to an investigation by The Associated Press last year.

While the indictment, unsealed on Tuesday, which Grit Daily has obtained and reviewed, does not name Mrs. Clinton as the candidate who received the donations, it does refer to a “female” candidate along in addition to donor records indicating Khawaja gave Democrats and political action committee supporting Clinton millions of dollars.

But at the end of the day what the Mueller report is showing the world that the current system by which political contributions are made, managed, and monitored needs to be re-shaped…literally for the public good.

In light of this news, I reached out to a mobile app company based in my hometown of Austin, Texas, that recently launched its own political contribution app purposely 12 months prior to the 2020 election, in efforts to help broaden the donor base, but ensuring that those who contribute are not battling against the influence of big money in the political sphere.

With the U.S. 2020 election just 11 months away and having launched to the public November 4, Change4Change (C4C) is currently in discussions with various political campaigns to be used as case studies from January through March 2020—making the platform available only for their supporters during this upcoming election cycle.

Change4Change, Inc., now available on all iOS devices throughout the U.S., was constructed to literally democratize the political fundraising process. The app will be available to Android users in early 2020.

But where did an idea like this come from?

Think back to the 2009 U.S. Supreme Court case Citizens United v. FEC, in which the High Court addressed how money could be spent in elections and by whom. Essentially, the 5-4 decision held that it is acceptable for corporations and labor unions to spend as much as they want to convince people to vote for or against a candidate—but did not affect contributions.

In other words, it was (and is) still illegal for companies and labor unions to give money directly to candidates for federal office, because these funds (not contributions) were not being spent in coordination with a campaign—they “do not give rise to corruption or the appearance of corruption.”

But for those familiar with the case know very well that this left a very grey area for “anonymous expenditures” and not “contributions” to come into play, basically leaving room for individuals to devise new ways by which to secretly provide funds to these candidates (either directly or through other darker channels).

“After the [Citizens United] ruling allowing unlimited ‘dark money’ into the political process, I knew there had to be a better way for people to fight back,” Nik Kulkarni, the co-founder and CEO of Change4Change told me.

Curious as to how the mobile app works, Kulkarni explained that users download the app and sign-up for an account, and then are immediately prompted to choose the democratic politicians and political campaigns they support.

Once specified, the app lets users automatically round up their debit and credit card transactions to the nearest dollar, contributing that spare ‘change’ directly to the candidates and campaigns they’ve selected. Users of course have the freedom to support a single campaign or choose to contribute to multiple campaigns with each transaction.

Whether we are talking about younger voters or millennials, one of the major problems with the current political campaign financing system is the sense that an individual’s vote does very little to impact the campaign. False.

While these feelings of disempowerment are not without merit, voters can easily and effectively contribute their pocket change regularly towards the candidates working for them—where they can track these funds.

I asked JC Otero, the company’s co-founder and chief operating officer about how our current political atmosphere yields the necessity for an app like this, regardless of one’s political views. He emphasized the undervaluation of those individuals who donate significantly smaller contributions than recurring donors:

“Big money has been influencing politics for far too long,” he explained.

“Political fundraising for the most part is antiquated, inefficient, and lacks the scalable infrastructure to raise small contributions from more supporters. Campaigns on average have 5-10% of their supporters contribute funds at least once and much smaller percentage as recurring donors. With such a small percentage of campaign supporters making financial contributions, it should come as no surprise the reliance on large donors.”

Conceptually speaking, a mobile app of this nature is designed to flip that approach, by providing a mechanism and platform for voters to seamlessly contribute small amounts of money to any number of political campaigns they support regularly.

Grit Daily: Can you explain the process of linking your bank account and how everyday transactions help “contribute” to the platform?

JC Otero: If a user has not linked their bank account, when they click on a candidate to be added to their round up list, they will be prompted to link their account using an end-to-end encrypted 3rd-party integration partner with access to over 19,000 financial institutions. Additionally, they can contribute one-time donations with a credit or debit card. Assuming an account is linked, a user can add as many candidates as he or she wants to their round up list. We then monitor the amounts of each transaction in the linked account and round-up each one to the next whole dollar.

For example, if you buy coffee for $3.78, for that transaction, $0.22 will be rounded up to go towards your selected candidates. Once this aggregate change exceeds $5, the user’s linked account is debited and distributed to all the candidates on their round-up list. Change4Change holds back a small processing and platform fee, and sends the vast majority of funds to the campaigns, along with all the FEC-required information to update their campaign donor ledger. As a user, you can turn rounds-up on and off with the click of a button (on the dashboard), and all past contributions are available in your user history

GD: How do you intend on adapting the functionality of C4C’s app post-2020 election?

JCO: After the 2020 election, C4C will add non-profits as options for users to direct their funds to outside of elections. Simultaneously, more local elections nationally will be able to leverage the platform.

GD: With the controversy and heavy scrutiny by lawmakers and regulators surrounding Russian election interference and other potential data privacy exploitations, how does GDPR play into your application and how will the CCPA play into this come January?

Nik Kulkarni : Currently, the app is only available to individuals living in the United States, so GDPR is not currently applicable to what we’re doing. As far as CCPA, given that we are a relatively new company, the current requirements for CCPA stipulate that a company must have revenues in excess of $25MM annually, have more than 50,000 users, or derive more than half of their revenue from selling consumer data.

The first two points do not apply to us, and we do not sell or even share our users’ data to any 3rd parties, aside from providing campaigns with the FEC-required information for donations. When we do cross the 50,000 user threshold, we have systems in-place to remain compliant with CCPA, like allowing a user to understand what’s being collected, whether or not their data is sold (it’s not), opt-out of the sharing of that data (default), request us to delete their information from our database (right to be forgotten), and of course we would never discriminate against anyone wanting to exercise their privacy rights.

GD: How do millennials and younger voters play into your ecosystem?

NK: C4C was designed specifically to get millennials and younger voters more involved in the political process. Generations X, Y, and Z are more comfortable than ever connecting their financial information on their phones – look at apps like Acorns, Venmo, PayPal, ApplePay, CashApp, and dozens of others. Millenials are the #1 adopters of these applications. Younger voters have historically under-participated in the political process, though they are extremely passionate about making a difference. Change4Change provides them a way to get involved without breaking the bank.