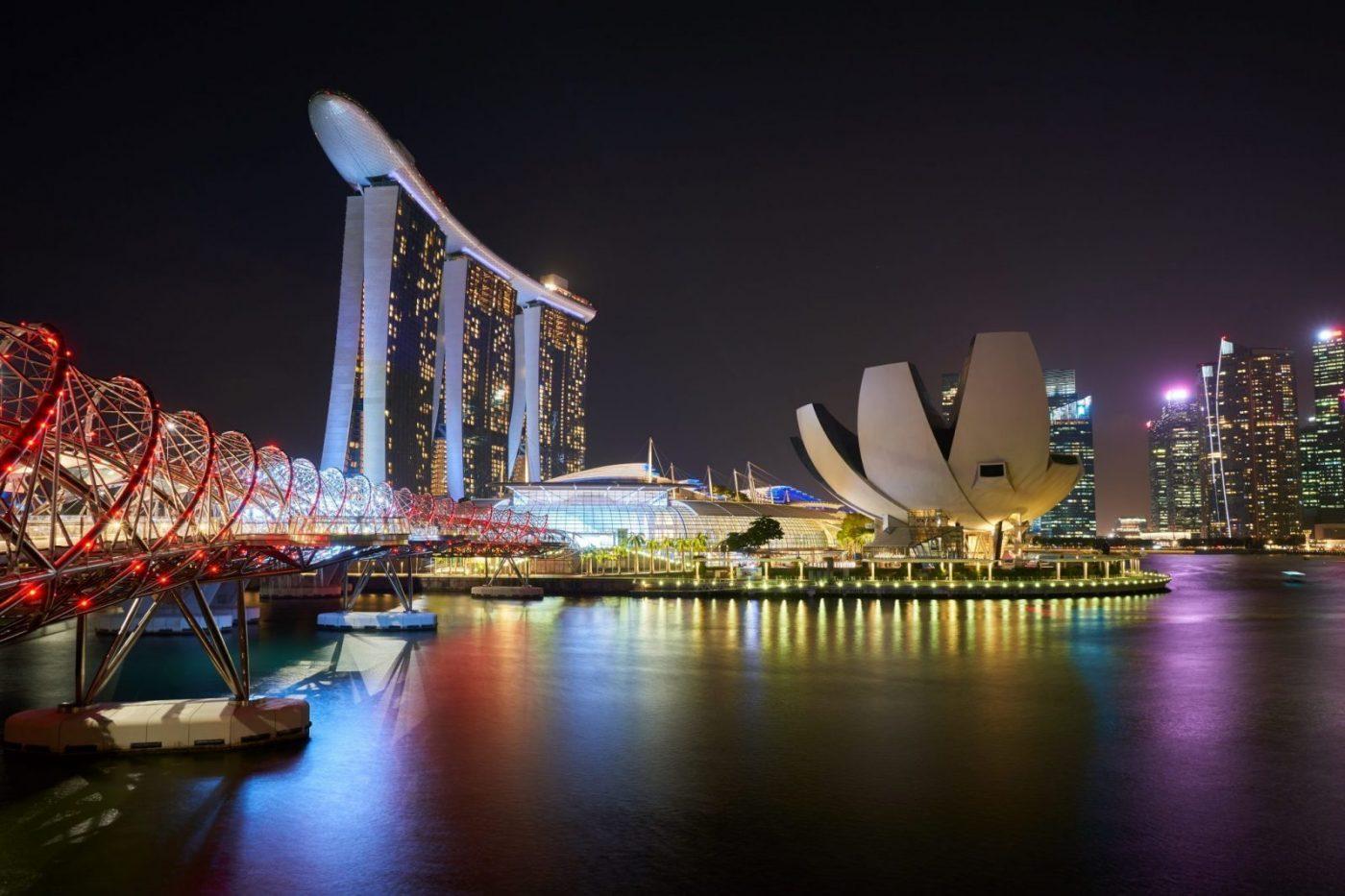 Amidst Economic Trade War Between the U.S. and China, Southeast Asia’s Automotive Industry Has Promise

The US-China trade war will not end anytime soon, because the cost to both sides is at this point, minimal. For Southeast Asian countries, this won’t stop growth in the automotive industry.

According to Professor Tan Kong Yam, the co-director of the Asia Competitiveness Institute Research Centre at the Lee Kuan Yew School of Public Policy, manufacturers have been hit hard across Europe, South Korea, and Japan as a result of the “tit-for-tat” tariffs that the U.S. and China have thrown at each other.

The robust growth in Southeast Asia in the automotive industry comes as a breath of fresh air for automakers, who are seeing a slowdown in the world’s top two economies. While the global automotive industry has been doing well the last several years, tracking a relatively steady recovery after the downturn in the early 2000’s, and has been on an upward trajectory since 2015. Industry analysts expect the Southeast Asian auto sales to also slow down this year, as the effects of the U.S. and China trade war will begin to spill over into the regions which are heavily reliant on exports to China.

The Era of Economic Surrender Is Over

Southeast Asia is quickly becoming one of the most dynamic and industrialized regions in the world. Contributing to this rapid development, is the growing car market driven by an increase in demand for automobiles. The additional injection of new technologies are also paving the way for strategic partnerships, which look to improve the mobility of Southeast Asians.

According to media reports, vehicle sales in Southeast Asia jumped six percent in 2018, for the third straight year. This robust growth in 2018 was great news for automakers, with the aggregate of new car sales in Singapore, Indonesia, Thailand, Vietnam, the Philippines, and Malaysia, registering over $3.57 million sales.

By the end of 2019, it is estimated that this number will reach 4.29 million units, according to HIS Markit forecasts, though with the current trade war between the United States and China, this could slow down sales. The U.S. goods trade deficit with China was $419.2 billion in 2018, an 11.7% increase over 2017, according to data from the U.S. Census Bureau.

The world’s top two economies have engaged in this trade war that began a year ago as a tariff fight, eventually finding its way into other sectors such as technology. Over the past few months, Washington has accused Beijing of intellectual property theft, something China has always denied, which along with other issues have been covered in their trade negotiations.

On Thursday, the U.S. and Chinese deputy trade negotiators resumed face-to-face negotiations for the first time in nearly two months. Several rounds of negotiations between the two sides have so far failed to yield a breakthrough.

Although the rate of growth is likely to slow in the U.S. and Europe due to the current economic disputes, it is fair to assume that automotive markets could shift away from well-established markets in Japan and Korea, and more towards developing and emerging markets.

Sales of new cars in Southeast Asia’s six major markets increased for a third straight year in 2018, rising 6% and breaking the previous record set in 2013.

Thailand marked a 20% jump in sales to 1.04 million units on the back of a robust economy. Automakers competed fiercely in the second-largest car market in the region to lure customers with low-interest financing and other enticements.

Fortunately for prospects in Southeast Asia, many of those developing markets exist in the region, particularly in populous and urbanizing countries like India and Indonesia.

Indonesia is currently projected to show a sharp rise in consumer demand for personal vehicles as they are in the middle of an extended period of strong employment numbers and general economic growth. With sales growing 7% to 1.15 million units, the total among the six nations, which include, Malaysia, the Philippines, Vietnam and Singapore, came to a record 3.57 million units.

While China’s rapid expansion seems to be showing signs of slowing as its economy establishes and stabilizes, India’s economic growth is speeding up, effectively balancing overall economic growth for the region.

Southeast Asia is also entering into a period of rapid urbanization and modernization. China is already the world’s number one market for electric cars and electric mobility, a trend which is expected to continue for the next few years.

Despite the current economic sanctions hurting trade figures in China, the country is not anticipated to experience a significant economic downturn or a significant decline in its automotive industry or consumer demand.

Investment and government spending, particularly in large-scale infrastructure projects like the Belt and Road Initiative , is currently projected to compensate for trade short-falls, although the continued fluctuations in tariffs do make the situation somewhat volatile.

The Age of 3D Printing

As technological innovations such as 3D printing come about, it has the potential to bring about savings in labor and smarten up supply chain logistics across Asia. 3D printing is already seeing robust growth  globally, including Southeast Asia.

Last October, HP Inc. launched a research facility in Singapore with Nanyang Technological University (NTU) that focused on digital manufacturing technologies and 3D printing.  Opening with an $84 million U.S. investment, the HP-NTU Corporate Innovation Lab was the US vendor’s largest university research partnership worldwide and first for the Asian region.

Another major innovation in Singapore is the recent 3D printing planet, opened by German engineering firm, Thyssenkrupp. Emulating the TechCenter in the Asia Pacific region, Thyssenkrupp will focus on polymer and metal additive manufacturing technologies, while serving new customers in a new region and benefitting from the country’s aptitude in manufacturing technology.

Integrative network technology will also be of increasing importance in this region, especially in the premium market, as 26 pilot smart cities have been chosen from participating ASEAN member states, indicating a national and regional commitment toward innovating and planning for more modernized cities. With those innovations will come increased demand for advanced manufacturing and integrative commuter vehicles.

Partially because Southeast Asia is more vulnerable than other global regions to the adverse effects of global climate change, this is a region that will see more focus on environmental regulation. Environmental regulation and the innovation needed to meet demand and regulatory standards are expected to be one of the significant hurdles for the next decade.

Existing corporations  are currently providing a good model for maintaining an environmental focus, like Giti Tire Group, while still taking care of investors, employees, and consumers. The balance for the automotive business needs to be on meeting environmental requirements without sacrificing global competitiveness.

Rather than viewing the environmental challenges of this region as problematic, the automotive industry should embrace the challenge in anticipation of global changes to the entire industry as consumer habits and environmental regulation both change.

Another hurdle currently is the high price of oil and gas throughout Southeast Asia, another reason this region is a particularly good prospect for electric and hybrid vehicles. As gas and oil prices increase, the

OEM innovation is critical. Southeast Asia is also a good location for meeting manufacturing needs in this respect, however, as the region is focused on innovation and urbanization on a large scale and is becoming increasingly welcoming of forward-looking companies and manufacturers.

From 2020 on it is expected that consumer demand, particularly in small vehicles, will concentrate on emerging and urbanizing markets, particularly in Southeast Asia as the region is developing into a steady market force.

It should be remembered that almost every nation in Southeast Asia is currently employing market-price pressure to reduce vehicle ownership and the resulting street congestion, and street congestion is a significant factor in consumer demand.

However, vehicle ownership is still consistently increasing in Emerging Asia, and while those price-based market controls mechanisms are reducing ownership slightly, they are not currently a significant barrier for the consumers most likely to invest in vehicles. Indonesia is a good example of this, with approximately 60% of the population citing a desire for a new vehicle in the next 2 years. Price pressure would have to increase significantly to make a meaningful difference in consumer demand over the next few years.

Because Southeast Asia was largely emerging and becoming more economically stable during the shaky years of the early 2000s, the region is now in a strong growth position moving into the next decade. For now, China is still a driving force behind the demand for electric vehicles and funding for electric vehicle innovation, but India and Indonesia are both gaining economic strength and stability, making them good future markets.

Overall, prospects in Southeast Asia are good. Factors to consider are the high ratios of corporate debt to GDP, particularly in China, as well as economic inequality throughout the region. Consumer demand strongly favors smart vehicles and connectivity innovations, and while environmental innovation is currently favored, it is also expected to be an increasing regulatory requirement as we move into the next decade.

While there are certainly some risk factors, as in any emerging region, Southeast Asia is now well-positioned as a growing consumer market and a manufacturing center for the automotive industry.

Published in Entrepreneurship and News