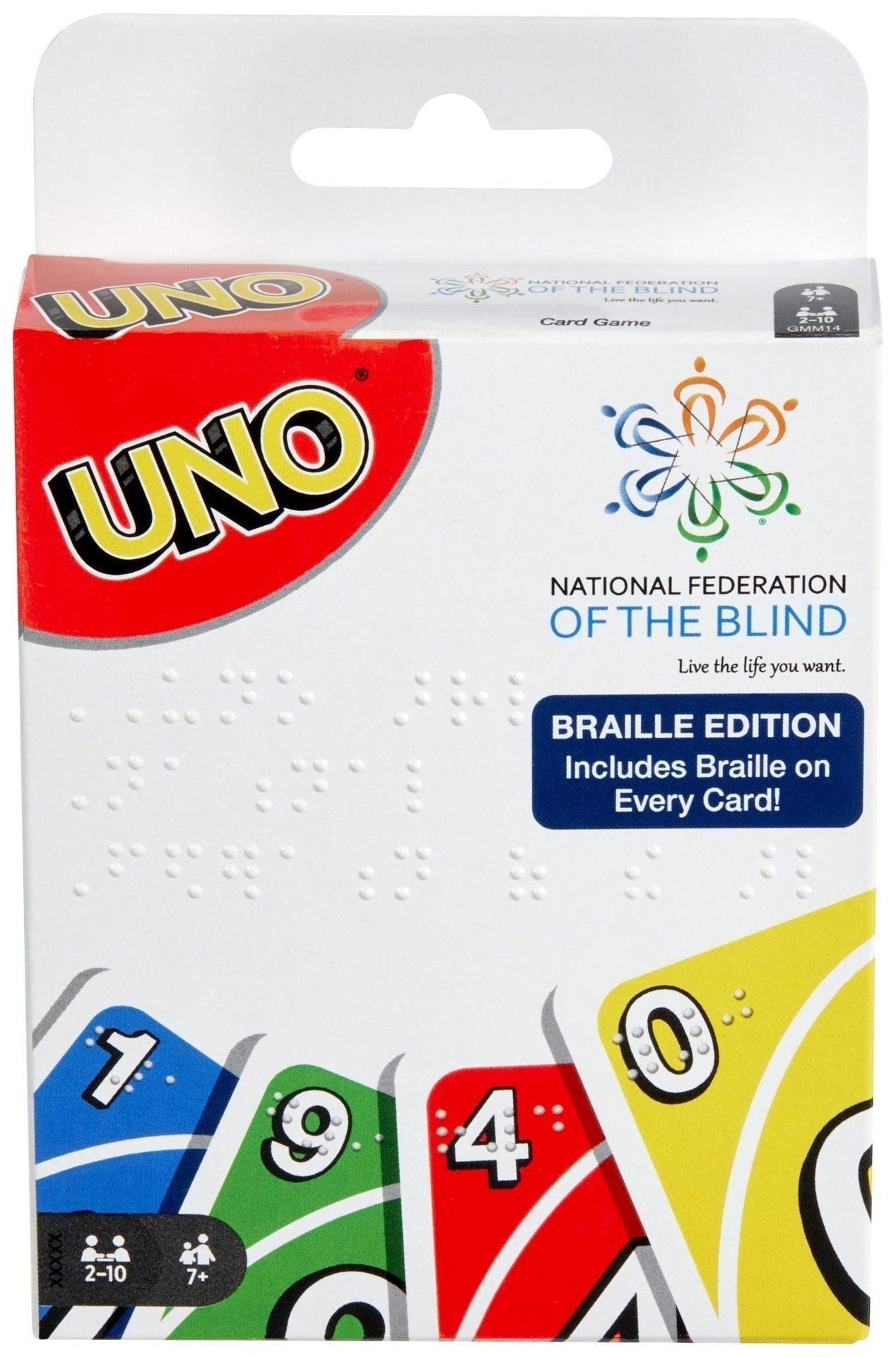 On Monday, UNO®, the number one card game globally* by Mattel (NASDAQ: MAT), announced the debut of UNO Braille, the first official UNO card deck featuring braille. The new game will make game play widely accessible for the more than 7 million blind and low-vision Americans in the U.S.

Designed in partnership with the National Federation of the Blind, the oldest and largest organization of blind people in the United States, UNO Braille features braille on the corner of each playing card to indicate the card’s color and number or action.

“With the launch of UNO Braille, we’re making a real impact on a community that has been underserved by providing a game that both blind and sighted people can play together,” said Ray Adler, Global Head of Games at Mattel. “We are proud to have UNO Braille on-shelves and to be making UNO more accessible and inclusive to even more families.”

Its packaging features braille on the front and back for clear identification, and directs players to UNOBraille.com where they can find play instructions featuring .BRF (braille readable files) for download. Players can also access voice-enabled instructions through Amazon Alexa and Google Home.

“UNO Braille is doing more than making this beloved game more accessible. It’s also helping promote the importance and normalcy of braille by putting it in places people might not expect, and integrating it into the play of blind children,” said Mark Riccobono, President of the National Federation of the Blind.

“The fact that a blind person is now able to play a classic game of UNO straight out of the box with both blind and sighted friends or family members is a truly meaningful moment for our community. I look forward to enjoying UNO Braille with my own family and I know that blind people across the nation will embrace this important and exciting step toward more inclusion and accessibility.”

This isn’t the first time UNO has re-imagined its classic game play to expand inclusivity. In 2017, UNO introduced UNO ColorADD – the first accessible card game for those with color blindness.

UNO Braille is available through Target stores nationwide and on Target.com for $9.99. Visit UNOBraille.com for more information.

In Partnership with the National Federation of the Blind, UNO Braille enables blind and sighted to play together, making game play widely accessible

The National Federation of the Blind (NFB), headquartered in Baltimore, is the oldest and largest nationwide organization of blind Americans. Founded in 1940, the NFB consists of affiliates, chapters, and divisions in the fifty states, Washington DC, and Puerto Rico. The NFB defends the rights of blind people of all ages and provides information and support to families with blind children, older Americans who are losing vision, and more. We believe in the hopes and dreams of blind people and work together to transform them into reality. Learn more about our many programs and initiatives at www.nfb.org.