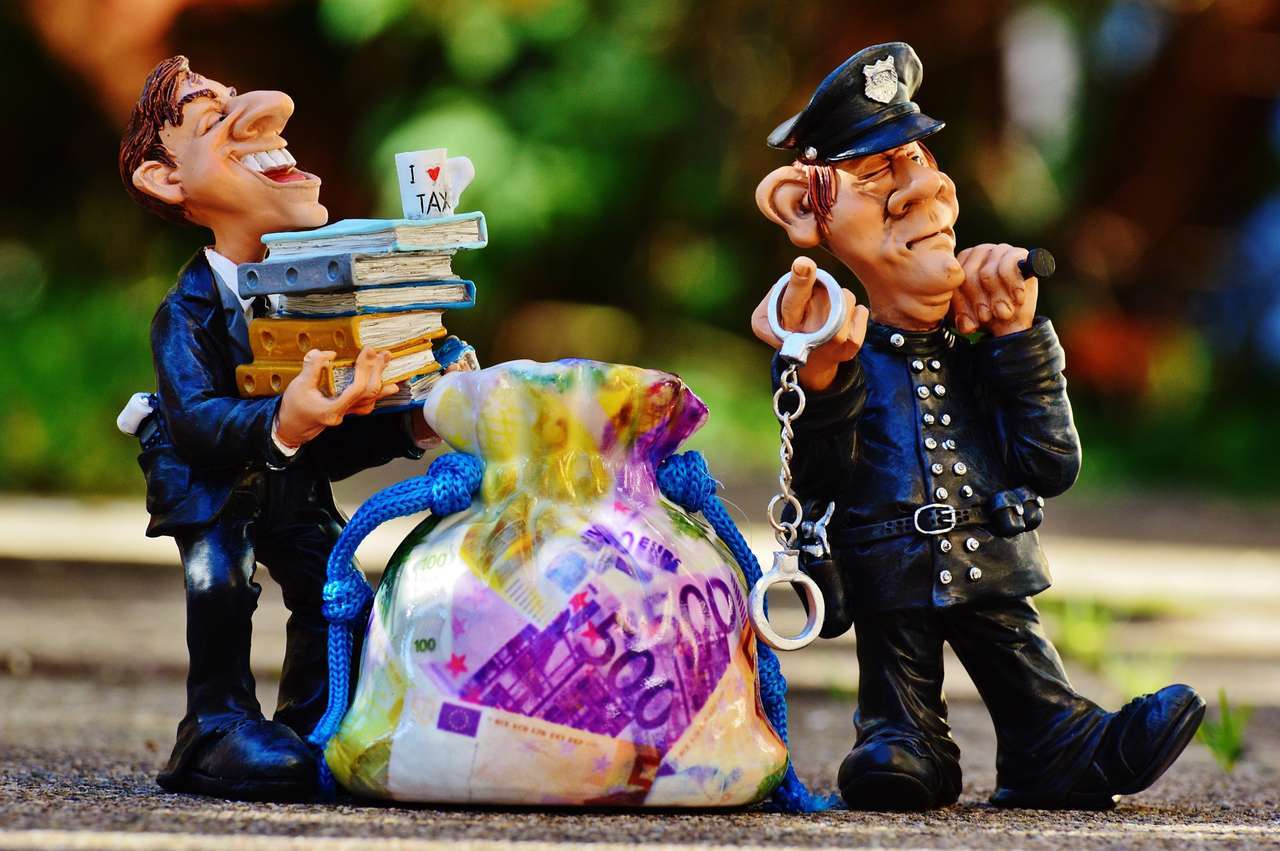 Ukraine’s “corruption” could be its biggest asset

Corruption could be Ukraine’s its biggest asset? Yes, I truly believe that.

Unlike pretty much everyone in Ukraine and around the world, I do not want to fight corruption. I want to make it irrelevant.

History is full of innovations that have made culturally entrenched ideologies and previously monopolistic industries irrelevant. Here are just a few major examples that come to mind: The light bulb vs. the kerosene lamp; Ford’s T-Model vs. a horse and buggy; Netflix vs Blockbuster video rental; Amazon vs. bookstores; digital payments vs cash; capitalism vs communism; religious freedom vs being forced into one; equal rights of minority groups vs no rights at all. The list can go on and on.

These trends are irreversible with one major trend. The speed of transformation is accelerating. The State is in the best position to take advantage of an opportunity that benefits all its citizens.

I compare corruption to cancer. It starts very small. Slowly but surely it spreads out throughout your body until it is too late and every cell in your body is infected by it. Amazing advances in modern medicine allow us to intervene. If the cancer is localized but if it reaches the stage IV or metastatic phase, it is usually too late to fix it.

Ukraine’s corruption, following the cancer analogy, is entering its most advanced and lethal phase. If corruption was an Olympic sport, Ukraine would be on the podium every year. If the Nobel prize or the Oscars were awarded based off corruption, Ukrainian politicians would be global superstars. If corruption was a driver of positive economic growth, Ukraine would be in top five best places to live in the world. Instead it is one of the poorest countries in Europe today.

Let’s look at corruption through an entrepreneurial point of view. Problem, need, or want is a prerequisite for the opportunity, solution, or disruption.

In today’s Ukrainian society, corruption is a problem at all levels. The country needs to get rid of it as 40 million people want to live without it. But the standard approach to fight corruption did not and will not work in Ukraine.  The country needs a radically new approach to the address problems at hand, along with the need and wants of its citizens. Ukraine needs a disruptive approach.

Ukraine occupies the 130th slot out of 171 countries in the 2017 International Transparency rating, right behind Sierra Leone. To be fair to Ukraine, corruption exists everywhere. What separates Ukraine from the rest of its  “competition” is a level of sophistication and how culturally ingrained corruption is throughout society.

It had 100 years to mature and prosper. It is everywhere: parents of toddlers bribe daycare directors to get their child into preschool; parents of a university-bound teenager bribe administration officials to get their child into the school; students pay professors to get a passing grade without ever attending class or writing a paper; patient’s families give “gifts” to doctors to get quality care; business owners give loan officers a 10% kickback to get a loan after it’s approved; management of restaurants bribe health inspectors to pass an inspection. To describe other highly sophisticated schemes of corruption such as tax fraud, currency, gas, road contracts, government budget appropriations, and utilities subsidies would require a tome.

So, one must ask, how can a problem this big become an asset? Where is the opportunity? How do you disrupt something so ingrained in society?

Today’s corruption will only become an asset for Ukraine if the country uses it as a highly effective “before and after” marketing campaign as seen in many different industries. Here is corruption in Ukraine before, and here corruption in Ukraine after. Reaching the “after” stage must begin somewhere that leads Ukraine to a top global ranking. Imagine- 131st place in 2017, to 120th in 2019, to 97th in 2020 — all the way to top 10.

The “after” part is a major business opportunity for entrepreneurs in all industries to make a global name for themselves. Just think of a company’s reputation and valuation if it can solve 90% of corruptive practices in your industry?

Furthermore, opportunity will come if we make corruption irrelevant rather than fight against it. Technology and entrepreneurs must lead the way. Simply moving all government activities to a digital platform will simplify the bureaucratic process. It will create transparency between levels, which will allow for significantly less opportunities for corrupt officials to thrive.

Realistically, Ukrainian government officials simply do not know how to implement this change. Luckily, entrepreneurs can provide the country with ready to go solutions for each sector of the government. In fact, most solutions already exist today.

To create social pressure, bloggers and social media influencers along with all presidential candidates must start a bipartisan social campaign of a “Do not give – Do not take” mentality with emphasis on public shame to those who are not part of it.

Shortly after, Ukraine must get rid of cash currency. Corruption at any level is driven by officials with intentions of not-so-kosher activities.

Stinky, dirty, and full of germs cash is the an “oxygen” for corruption.

In China, for all practical purposes cash is gone from circulation. Chinese scooters and  taxi drivers use digital apps to charge their customers. Flea market vendors in the United States are being paid through Square similar to how you can buy a joint with a credit card in Amsterdam. Unfortunately in Ukraine, cash is still king. The second step is getting rid of this fundamental tool of corruption.

Next, there must be a reduction in the cost and complexity of doing business. Recently I had an informal meetings with numerous owners of startups and “SMEs” across the country. I can attest to their pain and my first personal operating experience in Ukraine shocked me.

We set up a Ukraine based company to host a Horasis China meeting in Kyiv. The preparation for the two-day event started on August 1st and lasted all the way until the start of November. The highly successful event which hosted 350 investors from 30 different countries planned in three months using basic operations produced knee high stack of paperwork.

We had to pay lawyers, the notary public, accountants, and the company’s director just to be in compliance. Keep in mind, this was only on our side of the transaction. Although an important one, this was just one event one many which are needed.

Companies spent almost 30% of their budget and time on compliance with convoluted and conflicting government regulations. Just imagine the opportunity cost if 30% of capital and human resources were spent on operational efficiencies and growth rather than compliance. The current administrative system is an immensely conducive environment for corruption. Let make things simple and easy for businesses of all sizes.

And here comes the  opportunity for radical transformation. I personally experienced it. I grew up in a corrupt society. My teenage years in Soviet Union taught me to create and execute a scheme is honorable thing to do. For example, during my days in cooking school, part of the program was practical application of theory I learned in class. Before job assignments, I was told by upperclassman the best place to work was around meat. In order to get there, I had to become friends with and “take care off” the office clerk who assigned jobs.

On the first day at the job, the director of the establishment called me into the office to give me an “orientation” and explain my “specific role” on the team. I was assigned to be a butcher. I was supposed to take meat off the bone when half of a cow arrived. Roughly, 25% to 30% of that cow went directly into the “back” door — of course, meat was highly valuable commodity in Soviet times — to be sold on the market or to take care of bureaucrats higher up. My system immersion started early — when I was sixteen.

When I crossed the United States border as a refugee in 1989, my mental approach to earning income did not change at all. My early days in the States I spent actively looking for schemes until it hit me. In America, it makes no economic sense for me.

I can generate great income and quality life for myself by doing the “right way.”

Another major plus, I did not have to look over my shoulder for the authorities or my supposed colleagues. I can sleep soundly. Bam, I was transformed. I never looked back. I started on my own path towards the American Dream.

I truly  believe that Ukraine reached that societal “tipping point.” Every day, in Ukraine, we see stories on TV and informational portals of the mental transformation by news stories of corrupted officials being taken away. There is a “shame on you” stigma that starting to penetrate society.

Now, it is up to Ukrainian entrepreneurs to give the people and the government of Ukraine the tools to create an opportunity that will accelerate the transformation. For Ukraine, it would not take much to turn our biggest liability into our biggest asset. Let’s deprive corruption of oxygen, while simultaneously starting a  societal movement that will elect strong leaders at the top of it. Let’s get both done this year.

Published in Cyberspace and Technology, Life and News

Henry Shterenberg is a Columnist at GritDaily. He is the CEO of GTP, the Global Transformation Platform.