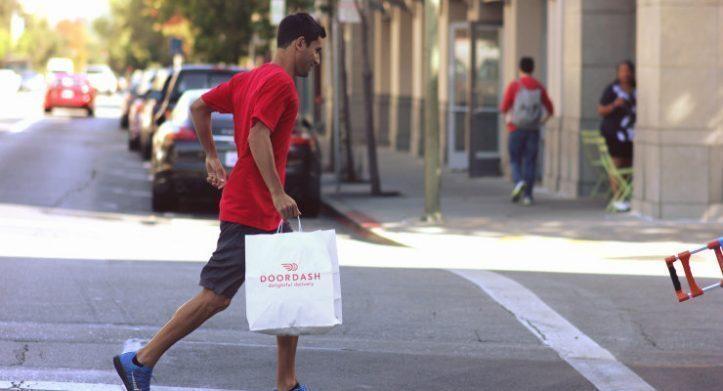 Ride-hailing giants Uber and Lyft are teaming up again — this time with restaurant delivery service DoorDash to fight California’s AB 5, a law that would force gig-economy companies that survive on contractor labor to register their drivers (or dashers) as employees and offer them benefits, Vox reported.

Like the “fellowship of the ring” minus the ring

The coalition, the Protect App-Based Drivers and Services campaign, is attempting to place a referendum on the 2020 California ballot that would give voters the choice to exempt ride-sharing services from the law. That would presumably include DoorDash, which is not a ride-hailing service but essentially iterated Uber’s business model, employing drivers to escort food instead of passengers from A to B on demand.

The press conference announcing the referendum initiative was a surprising political display. Instead of leaning into unsavory narratives about executives and white-collar employees from corporate milking gig workers for their labor without providing benefits, the companies aimed to put a different face on the anti-AB 5 campaign by enlisting ride-hail drivers and the founder of Father Against Drunk Driving to present the campaign. One driver said the “flexibility” of ride-share drivers’ work is “at risk” should they become employees.

What happens to those benefits?

While receiving benefits would mark a major improvement in the lives of many contractor drivers, there are risks to AB 5’s passage into law without an exemption for ride-hailing companies. For one, the companies themselves will sustain massive extra costs that may lead to downsizing and higher fares for riders. Also, the referendum campaign is prepared to make concessions to drivers if they remain contractors. The companies are offering to pay drivers 20% more than minimum wage, 30 cents per mile to sustain vehicles, and a small stipend for health care.

But thousands of ride-hail drivers mobilized to lobby on behalf of AB 5. One labor union leader said the corporations involved in the referendum fight are trying to remain “above the law.”