Twitter exploded this week when Latvia elected this ex-Soviet dissident

Count one win for Grit Daily’s Latvian friends — me among them. On Wednesday, May 29, Egil Levits (age 63) won the majority of the Latvian parliament votes (61 out of 100), becoming the 10th president of the Republic of Latvia. He surpassed two other candidates – Didzis Smits (44) was backed by anti-establishment populist […]

Count one win for Grit Daily’s Latvian friends — me among them.

On Wednesday, May 29, Egil Levits (age 63) won the majority of the Latvian parliament votes (61 out of 100), becoming the 10th president of the Republic of Latvia.

He surpassed two other candidates – Didzis Smits (44) was backed by anti-establishment populist lawmakers. He is an economist and former head of the fisheries association, who became a lawmaker last year. Smits won 24 votes in the election.

Several opposition parliamentarians nominated Juris Jansons (43), however he managed to gather only 8 votes despite being a lifelong public servant and Latvia’s current human rights ombudsman.

Egil Levits was born in 1955 to Jonas Levits, a Jewish Soviet dissident and Ingeborg, a Latvian poet with German roots. In past interviews, Levits has mentioned that he has no relatives on his fathers’ side as they were all killed during Holocaust, but his maternal grandparents were among the 42 000 Latvians sent off to Siberia during the 1949 Soviet deportations. In fear of the same destiny, his mother decided in favor of a home birth and did not register Egils birth for the 4 years of his life.

His father was allegedly called in for questioning by KGB several times before the Latvian patriot family was expelled from the former Soviet Union in 1972 due to being perceived as a threat to the Communist regime. Thanks to Mrs. Levits having relatives in the country, the family managed to relocate to Germany, where the future president learned fluent German and obtained law and political science degrees at the University of Hamburg.

About 10 years after finishing studies in Germany, the patriotic urge took over and Egil Levits decided to move back to his homeland to enter politics. Levits is known for actively participating in the restoration of Latvia’s independence after the collapse of the Soviet Union, he co-wrote the Declaration of Independence of Latvia, approved on May 4, 1990.

Egil Levits is married to his long time wife, a medical doctor, with whom he has two adult children – a son and a daughter. He lives a private life away from the public eye and most of all, enjoys spending his free time with family in the countryside of Latvia, where according to him, he enjoys long walks and talking to the regular people.

“I will be president for the whole of Latvia — for those who live in the country and those who live abroad, for the poor and the better-off,” Levits, 63, said in his first official public announcement after being elected president.

Egils Levits has seemingly already earned a high level of trust and expectations from the Latvian people.

Moments after being elected, Twitter exploded with tweets such as “Finally we will have a reputable president” and “Congratulations to all of us with an intelligent president.” May president Levits successfully prove these positive traits to be true to both, the Latvian nation and the world. 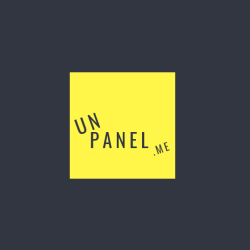 Ieva Sibilla Strupule is a Columnist at Grit Daily. She is an entrepreneur with a business degree and work experience in due diligence, fintech and traveltech. Ieva Sibilla is a Latvian native and her true passion lies in her work for positive social change to engage audiences and encourage real action in the country. Currently she serves as a board member of Global Shapers Riga, an NGO initiated by the World Economic Forum.