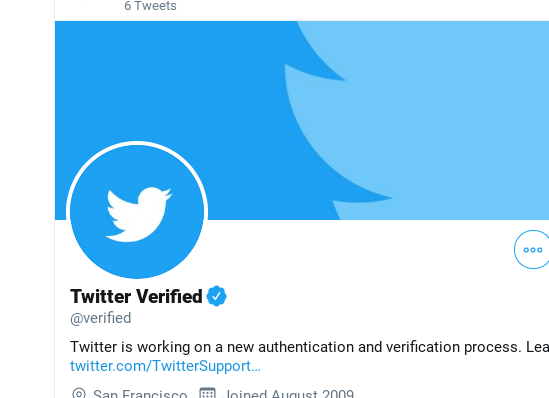 Twitter Support announced in a thread over the weekend that it would be prioritizing blue check verification for accounts that are associated with field experts related to the COVID-19 pandemic. Accounts belonging to figures in the scientific or medical community would be eligible for rushed verification as the platform attempts to combat the spread of misinformation related to the virus.

With conspiracy theorists, fake news organizations, and other figures with questionable agendas go viral with fake advice related to the pandemic, both the CDC and social media sites are having to rethink their misinformation strategies to keep the public informed. Twitter, which has long had a hard time keeping the spread of misinformation at bay, found an entirely new approach in the wake of the COVID-19 pandemic.

The company’s logic is that by rushing verification on accounts belonging to pivotal experts in the scientific and medical communities, users would share and engage with only the valid information, thus decreasing the spread of fake information. “PSA about what we’re doing to Verify Twitter accounts that are providing credible updates around #COVID19: we are working with global public health authorities to identify experts and have already Verified hundreds of accounts, but there’s more to do and we could use your help,” said Twitter in a statement on March 20th via the @TwitterSupport account.

Twitter’s verification process is about who you know, not how much you need the blue check mark.

It’s no secret that the unspoken way to get a blue check verification on Twitter requires a sort of upper echelon social circle often reserved for career networkers in some of the world’s major cities. What started as a way to verify one’s identity on social media slowly turned into a way of socially ranking whether or not a person is noteworthy. But now the platform is being used for a new reason: to verify scientific and medical information.

Misinformation is nothing new for Twitter, which faces unique challenges in combating its spread online.

Twitter faces its own unique problems with combating misinformation on its platform, especially in politics. Platform manipulation, which proved to be a major problem in the 2016 election, is rampant on the social media site which is focused on building conversations with likeminded strangers. In the past, Twitter has shut down misinformation campaigns run by intelligence agencies in other parts of the world that aim to alter the political conversation happening here in the United States.

In many cases, bots created by certain groups pose as everyday people within a target demographic and use similar verbiage to mimic their conversations and manipulate beliefs. During the Hong Kong protests, a string of accounts created by Chinese officials were found to be posing as American Trump supporters to try and shift the narrative of the protesters in Hong Kong in China’s favor.

Not unlike other political situations, the Coronavirus outbreak poses its own unique challenges in combating misinformation as it circulates social media. The company hopes that this new strategy would allow for officials to get a new advantage over spreading factual information, separating the real experts from the fakes.