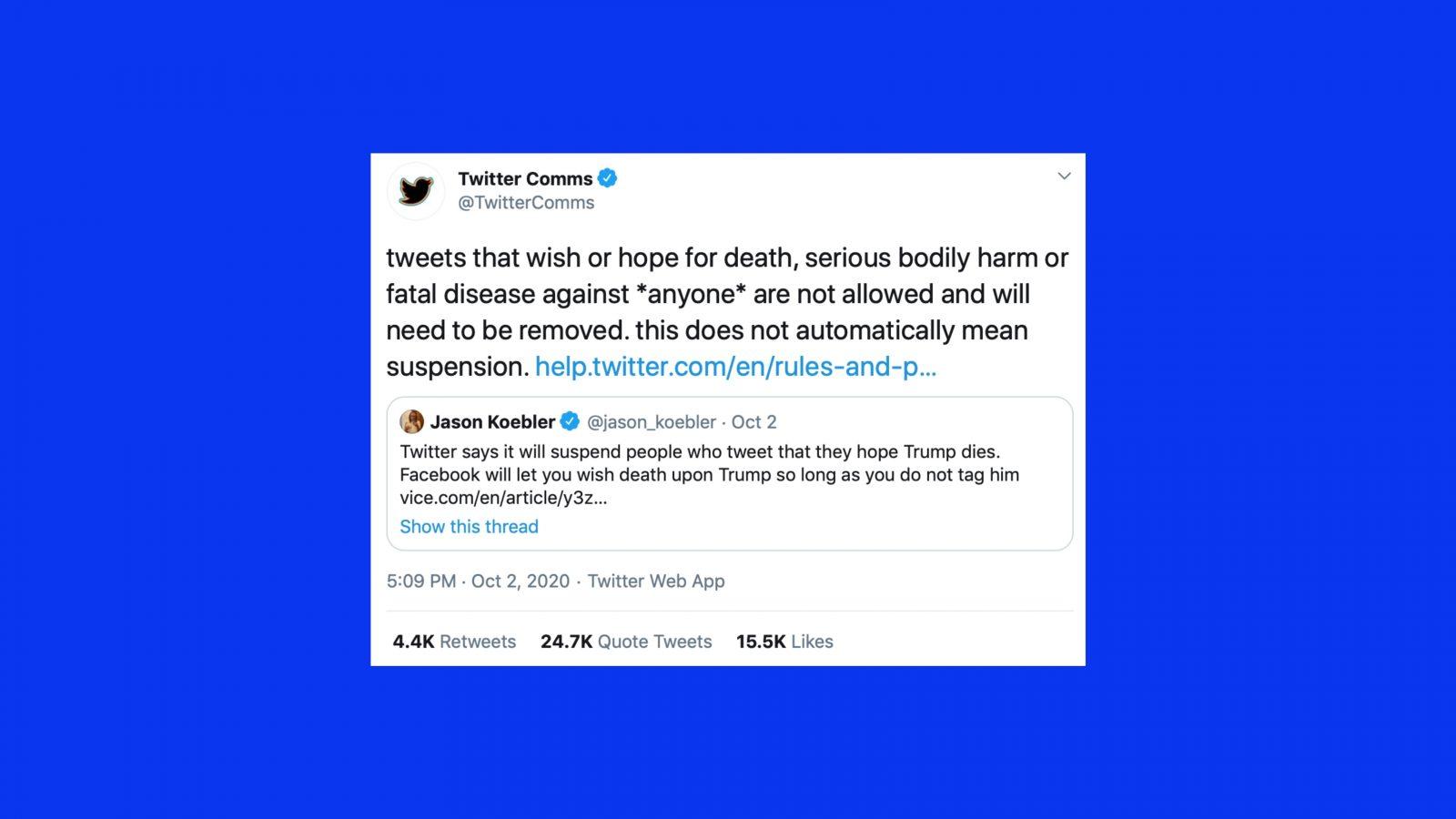 Twitter Comms announced late last week that it would be suspending accounts that wish death upon anyone as an outpour wishes for President Trump were posted on the app in the wake of his COVID-19 diagnosis. Users, especially those like Representatives Alexandria Ocasio-Cortez and Ilhan Omar were quick to point out that these rules were never applied prior to President Trump’s diagnosis, and enabled Twitter users to send hate speech and violent threats to users—especially people of color—in the past.

“Tweets that wish or hope for death, serious bodily harm or fatal disease against *anyone* are not allowed and will need to be removed. this does not automatically mean suspension,” wrote the company in a Tweet on the Twitter Comms account on October 2nd, shortly after President Trump’s diagnosis went viral on the platform. Users took to the platform en masse to express their thoughts—not all of which were positive—about his positive COVID-19 test result.

Almost immediately users pointed out the double standard in monitoring an account as watched as the President’s, but not enforcing those rules on users that harass or bully other users on the website. Representative Alexandria Ocasio-Cortez immediately fired back by questioning Twitter on how long this practice has been in effect. “So…you mean to tell us you could’ve done this the whole time,” said the Representative in a Tweet. Many other users echoed the same sentiments, adding that Black and Brown users on the platform have experienced violent threats and ill-wishes on a regular basis for quite some time now.

Twitter responded with a statement on its official Twitter Safety account, which handles issues of safety and terms of use violations. “We hear the voices who feel that we’re enforcing some policies inconsistently. We agree we must do better, and we are working together inside to do so,” the company wrote. Twitter also promised to work on amping up its ability to detect hate speech and remove it automatically, making it easier to remove content that people have not reported. This, however, is a double edged sword, as it means that social media companies might then encroach on censorship.