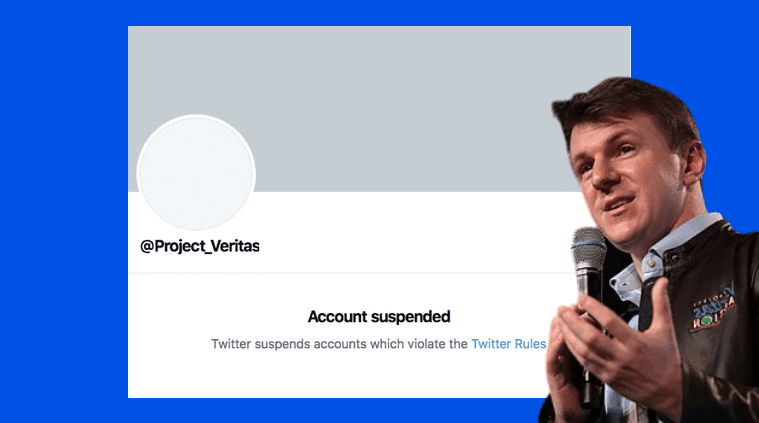 Twitter users noticed on Thursday that the company appears to have suspended the far-right activist group Project Veritas. The group, which was founded in 2010 by James O’Keefe, is known to release deceptively edited videos to push far right rhetoric on social media. Most notably were videos from the early 2000’s that attempted to wrap Planned Parenthood in controversy by illegally recording phone calls and private visits within Los Angeles clinics.

More recently, Project Veritas pushed several videos that contributed to the voter fraud conspiracy theory in the 2020 Presidential Election. One video alleged that Congresswoman Ilhan Omar was behind ballot harvesting in Minnesota, but the subject of the video later revealed that he was offered a bribe to say that he was illegally harvesting ballots. The subject also noted that Project Veritas edited two separate videos together to make it look like he was boasting on social media about illegally harvesting ballots on behalf of Omar.