You Can Buy Jack Dorsey’s First Ever Tweet As An NFT For Only $2.5 Million

By Julia Sachs
GRIT  DAILY ®
The Premier Startup News Hub.
Grit Daily News is the premier startup news hub. It is the top news source on Millennial and Gen Z startups — from fashion, tech, influencers, entrepreneurship, and funding.
You Can Buy Jack Dorsey’s First Ever Tweet As An NFT For Only $2.5 Million
By Julia Sachs

Twitter CEO and founder Jack Dorsey is currently auctioning off his first Tweet as an NFT, or Non-Fungible Token, which currently holds a highest bid of about $2.5 million USD as of Thursday afternoon. Dorsey’s NFT represents the latest in a series of celebrities, CEO’s and artists that have jumped onto the NFT craze that’s […]

Twitter CEO and founder Jack Dorsey is currently auctioning off his first Tweet as an NFT, or Non-Fungible Token, which currently holds a highest bid of about $2.5 million USD as of Thursday afternoon. Dorsey’s NFT represents the latest in a series of celebrities, CEO’s and artists that have jumped onto the NFT craze that’s taken off in the last several months.

Dorsey announced the NFT, which is his first ever Tweet that simply reads “just setting up my twttr” on March 5th as an auction hosted on Valuables by Cent. He later clarified that the auctioned proceeds will be converted to Bitcoin, which he’ll then send to Give Directly Africa Response as a donation.

Likely, Dorsey decided to auction off his first Tweet as an NFT to raise awareness about the digital goods during a critical time when people can learn about them early enough to profit off of the movement. Education on how to buy and sell NFT’s is still scarce, and only people involved in arts or technology seem to be having these conversations (though Clubhouse is making it more and more accessible to learn about these topics by the day).

NFTs and Blockchain technology have the opportunity to create changes in the wealth around the globe, but with education on the topics relatively unattainable, it could end up helping the rich stay rich into a new generation of technology.

Dorsey has been a vocal advocate for decentralization in the past, and has even mentioned wanting to decentralize Twitter to avoid a lot of the issues that plague the company today—namely, arguments around the amount of power it holds as a centralized communication tool. Dorsey argues that decentralization is the future of technology, and that internet users should learn about things like decentralized finance early on in order to take advantage of it while it’s still a fairly young technology.

The advances in DeFi (decentralised finance) are undeniable and it’s certainly becoming more and more mainstream as celebrities begin to join the party. The likes of Elon Musk backing Dogecoin and accepting Bitcoin as payment for those buying Tesla’s, Mark Cuban investing in Mintable, and of course Beeple’s NFT artwork selling for $69m at Christies, it really puts our industry in the spotlight and raises the profile and value of NFTs.

The one issue with all this media attention however is it’s only shining a light on one particular element of the Blockchain and people are beginning to see NFTs alongside art, and so there’s a common misconception that NFTs are art, but they’re so much more than that.

The key to what makes an NFT so incredible is the authenticity it guarantees as once an item is minted on the blockchain, that’s it. It is forever held in the same way it was minted. For example, say you minted 10 officially licensed Godzilla 3D animated figures, there would only ever be those 10 Godzilla 3D figures. You can’t add more of the same, you can’t destroy them, and they will last forever, so their value will only ever increase, because as more and more people switch onto the NFT market, the demand will increase.

Blockchain technology has enabled artists to reclaim their freedom in selling their work, and everyone from digital designers to musicians like the Kings of Leon and Grimes are jumping into the NFT world to sell their creations.

Uber And Lyft Will Exchange Information On Banned Drivers

When Will Impossible Foods IPO? 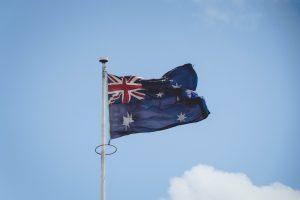