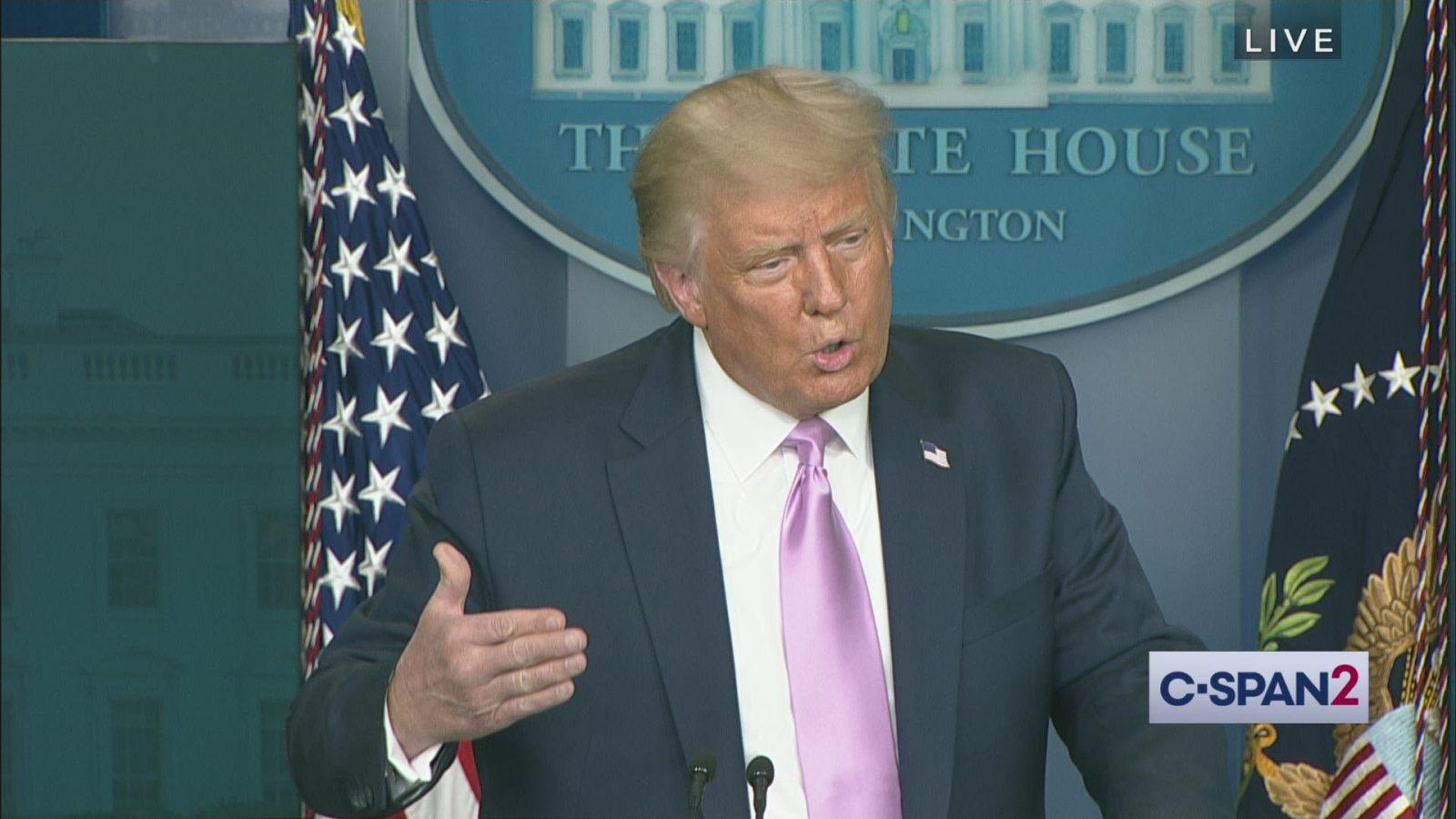 “I heard that these are people who love our country,” President Trump said in a White House press briefing on Wednesday afternoon when asked about QAnon, the right-wing conspiracy theory that has made headlines in recent weeks for its role in spreading harmful disinformation related to the 2020 election. Within hours, believers of the conspiracy theory began praising the President on Facebook, claiming that he confirmed the theory’s accusations that he is saving the world from an elite ring of pedophiles that torture children to harvest their blood in satanic sacrifice.

The President has long been associated with the conspiracy theory as many of its followers believe that he was the chosen leader that would bring something they refer to as “the storm,” an exposure of the world’s political and entertainment elite that are involved in a human trafficking and torture ring of children as young as six months old. What started as a conspiracy theory sparked on 4Chan, the controversial message board with little oversight, quickly evolved into a right-wing propaganda machine as it picked up steam on social media in 2020.

After co-opting the #SaveTheChildren movement on platforms like Facebook and Instagram, the ethos of the conspiracy theory were able to effectively convince the masses that President Trump is secretly going to rid the world of pedophiles, specifically those in the Democratic Party. When a right-wing QAnon supporter named Marjorie Taylor Greene won her primary election in Georgia earlier this month, President Trump praised her for the win and welcomed her in as the likely winner of the congressional election for her heavily red 14th Congressional district.

Until Wednesday, however, President Trump had never acknowledged the baseless conspiracy theory directly. “Well, I don’t know much about the movement other than I understand they like me very much, which I appreciate. But I don’t know much about the movement. I have heard that it is gaining in popularity and from what I hear it’s — these are people that — they watch the streets of Portland — when they watch what happened in New York City in just the last six or seven months, but this was starting even four years ago when I came here. Almost four years, can you believe it?” said President Trump at the White House on Wednesday afternoon.

President Trump’s praise of the conspiracy theory comes during a time of heightened sensitivity toward its message and followers. On Wednesday Facebook removed as many as 10,000 accounts, advertisements, groups, and hashtags related to the theory in attempt to control the rapid spreading of political disinformation related to its message. Last year, the FBI categorized QAnon and #Pizzagate, an offshoot of the theory, as a domestic terror threat after two murders were linked to the theory, which many of the followers call a “movement.”

The theory is widely considered baseless by many, and followers of the theory are known to string together half-truths and suspicions to contribute to their narrative. Ellen DeGeneres, for example, is currently under investigation from Warner Media for alleged mistreatment of employees on her show, but QAnon supporters have co-opted the headlines about the investigation to fit their accusations that Ellen is involved in child trafficking and worked alongside the disgraced financier Jeffrey Epstein.

QAnon’s association with political disinformation makes it a major threat to the 2020 election, and Trump’s allegedly blind support of its followers means that the President is playing with fire by contributing to the problem rather than condemning it. While it was right for the question to be asked—especially as social media sites like Facebook struggle to control the QAnon fire—asking about the conspiracy theory without the disclaimer of its more violent side set President Trump up to be able to praise the movement. For a group of people sifting for any ounce of validation, the question did little more than encourage QAnon supporters to continue their work under the guise of patriotism.