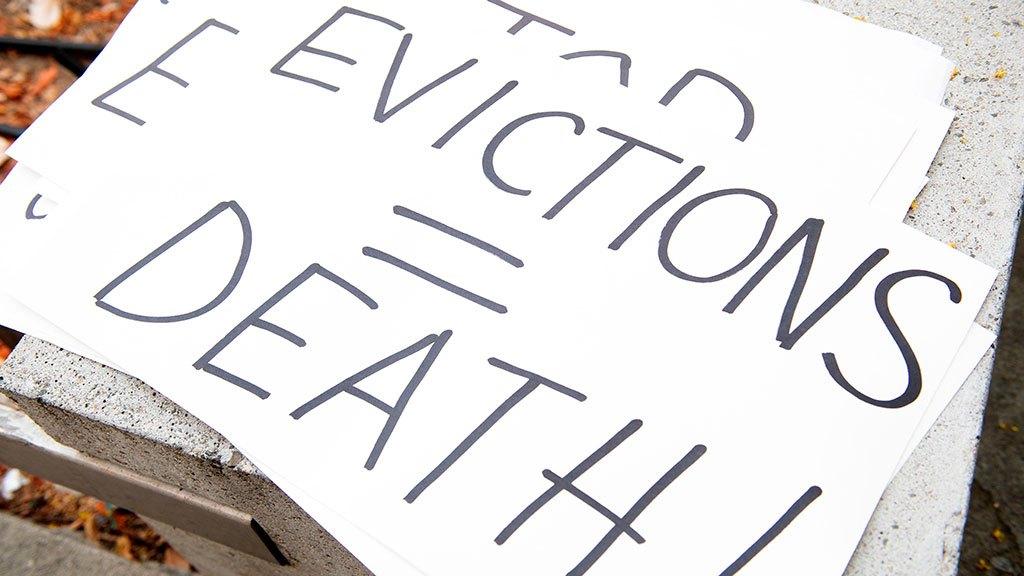 As of August 24th, the Congressionally approved eviction moratorium had officially ended. This vacuum of protective legislation has left upwards of 30 million Americans at risk of being evicted. In the midst of a health crisis disproportionately targeting BIPOC, these same groups now face the threat of eviction. With Congress ceasing to protect millions of Americans from economic catastrophe, the White House took it upon itself to deliver recovery.

On August 8th, President Trump staged a press conference touting the White House’s unilateral efforts to protect millions of desperate American households. One of these proposals was to investigate the potential need for an extended eviction moratorium to halt the spread of COVID-19. The proposal initially presented as a comprehensive ban, turned out to be a pledge to look into eviction protections.

However, to the surprise of many, on September 1st the President announced a highly controversial and unusual eviction ban. The new eviction protections are coming directly from the CDC and involve a plethora of means-testing and time-consuming requisites.

The new ban makes it illegal to evict any individual making less than $99,000 (or $198,000 for a joint-filing couple) in 2020. Tenants must pay their rents; however, they can live in their housing units until 2021. Additionally, to qualify for protections a tenant must prove their 2020 income will be less than the set threshold, that they’ve sought all potential sources of federal housing aid, and that they are unable to make rent payments due to a pandemic-related job loss or expense. Lastly, it is the responsibility of local courts to adjudicate eviction filings. However, the federal order should protect all those who qualify for the protections.

Diane Yentel, President and CEO of the National Low Income Housing Coalition has penned “As we have said for five months, the very least the federal government ought to do is assure each of us that we won’t lose our homes in the middle of a global pandemic: the administration’s action would do so and will provide relief from the growing threat of eviction for millions of anxious families. But while an eviction moratorium is an essential step, it is a half-measure that extends a financial cliff for renters to fall off of when the moratorium expires and back rent is owed. This action delays but does not prevent evictions.”

Although the ban has received sparse praise from the President’s allies, far too many questions and concerns still remain. Including why this measure took so long to enact while millions fear homelessness? A growing concern is what will happen once this ban ends and all accumulated rent becomes due in 2021.

Yentel goes on to stress the importance of Congress and the White House coming back to the negotiating table and agreeing on a plan with upwards of $100 billion in emergency rent assistance. Without such preventive measures in place, the unilateral actions of the White House only help prepare millions for potential homelessness. No additional government support for millions of unemployed households appears likely from Congress in the foreseeable future. How will these households be able to afford rent payments later? Unfortunately, while the administration appears unwilling to solve such problems –they remain on the minds of millions.