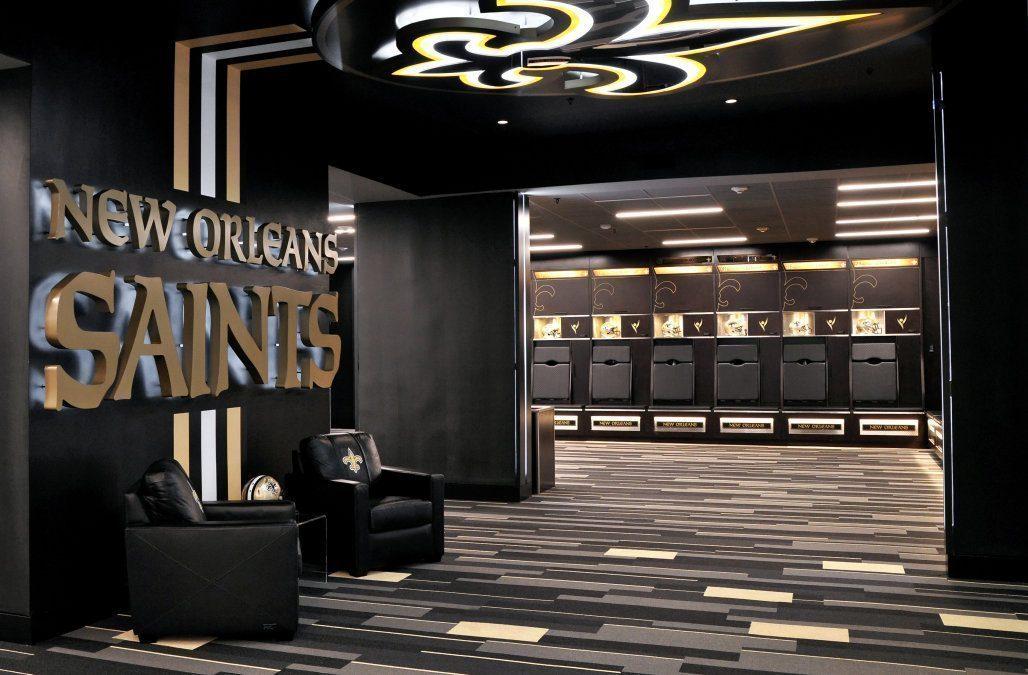 One brand you’ve touched as early as this morning and might not even realize it. And no, it’s not coffee — but nearly as ubiquitous. Worked out at an Orange Theory or SoulCycle this morning?

Are you one of the dozen New Orleans Saints players who read Grit Daily?

That locker that secured your gear during that morning work out class was probably a Hollman. Some of the biggest companies that care so much about aesthetics and brand equity swear by them. But the unavoidable fact is they’re a part of every day life.

Grit Daily took a behind-the-scenes look at an oft-taken-for-granted brand securing your wares to better understand what makes the Hollman brand so different — and what makes it tick.

Grit Daily: “Lockers overlooked” is an understatement.  How did you get into this market?

Travis Hollman: I got into this market through my family’s business. My dad started in 1976. He entered the locker market, kind of by mistake in 1986. I took over the company and bought it from my dad in 2011. It is a market that is often overlooked.

If you start walking around town, you will notice that from every athletic club to every doctor’s office, to the Apple store to Target and Google, to Facebook and Nike there are lockers. We send at least one semi-truck to New York City weekly.

More than 50 or 60 semi-trucks go to NYC each year. The rate has been constant now for the last seven or eight years.  At Equinox and SoulCycle we’re doing the new Peloton training facility. We also do all the New York Athletic Clubs, New York Health and Racket, and other New York sports clubs.

We do cycle bars and Barre Methods. We do Orange Theories,  Goldman Sachs, and JP Morgan. We’ve done One City Place, which had 46 floors of lockers. We’ve done the World Trade Center, the M Group and even The Empire State Building.

We have lockers in all of those places, and it’s one of those little things that people don’t think about. If you start looking around, and even after reading this you’ll notice them everywhere.

GD: Who do you compete with and is there a competitor out there you consider to be the best?

TH: We have a huge advantage. Our largest competitor in the market sells what we sell in one month, in a year.  So were that much more successful than our closest competitor.  With that being said, it  allows us to build a plant.  Our plant makes up 360,000 square feet.

Our other competitors have plants that are in between 20,000 and 30,000 square feet. All of our machines are new and all our hinges are soft-close as well. We are also able to buy stuff in bulk — for example, we buy one truck a day full of wood, which we use for Millameed and we do eleven bundles per truck.

One of our closest competitors buys one bundle a week, which allows us to use the best materials possible to design a locker that is the best in the business. We also have a research and development department that consists of three people. We are always looking at new materials, and designs. We also put different materials together to create an environment that is right for each new space we are creating.

GD: What all goes into the process of a locker design?

TH: It depends what you’re trying to create.

If you’re creating a workspace design you’ve got to know the functionality and the part of the country they live in.  For example, in New York you would have a different sized locker. It also rains more often and they have heavier coats.  You’re probably not taking bicycles to work in New York when it rains.

Down in the south, there are more bicycles and a need for helmet storage, a more moped storage, which isn’t what someone would  have in New York City. It all depends on part of the country. You’ve got to know the parts of the country and how everything fits in the locker. You also have got to know the design’s intent, which is why some people like their lockers to blend to the walls and why others like them to stand out.

It depends on what branding you’re after and how you want to accomplish the look.  At Apple, we like to call the coloring  “Apple white” and it is kind of a part of their décor. Over at Google, we do a red glass and the same with The New York Times because they want to stand out.  At Facebook, we did a scrappy type of wood paneling.  It just all depends on your branding and what you want to accomplish with it.

TH: They’re overlooked. The locker is a personal space inside of somebody else’s business. If you are a member of a country club, you pay $100,000, all you get is a locker.

If you’re on the Rutgers football team,  and you come to play there, your only personal space is a locker. It is where your personal belongings like your phone, iPad, wallet, watch, pictures of your girlfriend and whatever else you’d like. It’s a personal space and in most situations, it’s the only personal space that you’ll have inside that building.  So it can become a big deal.

We just recently designed a new locker room for the Dallas Mavericks. Dirk Nowitzki had been with them his entire career and asked for his locker to be removed gently. He wanted to take it home as it was the only locker he had ever used.  It’s about creating a space that feels personal as well. Lockers are more personal than people give them credit for.

GD: Your family has a role with Bravo TV. Share your experience about that.

TH: My wife is filming Season 4  of “The Real Housewives of Dallas,” so they’ve been filming in my house now for four years. They started filming the other day and It’s been very interesting. She’s a person who comes out and doesn’t fight on TV.

She comes off real sweet, so I’m very proud of her. It’s been fun. You get to do things you don’t normally get to do—you get to go backstage at concerts, you get to meet people you would otherwise never get to meet. Every once in a while, we’ll get invited to a nice, brand new restaurant and everything is complimentary and they get you seats. All of that is fun, but you also get to impact your community, which she does a very good job of.

She was actually a complete match to be a donor for bone marrow for a woman she didn’t know. She went to the hospital and stayed there for two days, while they took blood out of her with a peg tube in her neck. She actually saved the woman’s life. The woman was 43 years old with 2 kids, had cancer—leukemia.

My wife has since done work for those effected by leukemia and she is also a spokes model for the cause. She brings national attention to it. She got thousands of people to sign up to have their cheeks swabbed in order to see  if they matched to be a possible donor.

At the same time while help putting this together, she potentially saved another life at the same time. She still would’ve saved a life without being on the show, but she was able to get a lot of people involved. She mentioned, a long time ago, that she tried to commit suicide and when she told that story on TV, that night, she had a mother get a hold of her and said, “Hey I was going to kill myself today.”

I wrote the suicide letter and I didn’t do it because I watched the show that night. I was going to leave my two children and my husband and take my own life that night.” There are ways you can impact people on TV that you would never imagine.

I’m very proud of Stephanie because she’s so delightful. The way she portrays herself on the show is how she really is and that is probably the best part about the show, in my opinion.