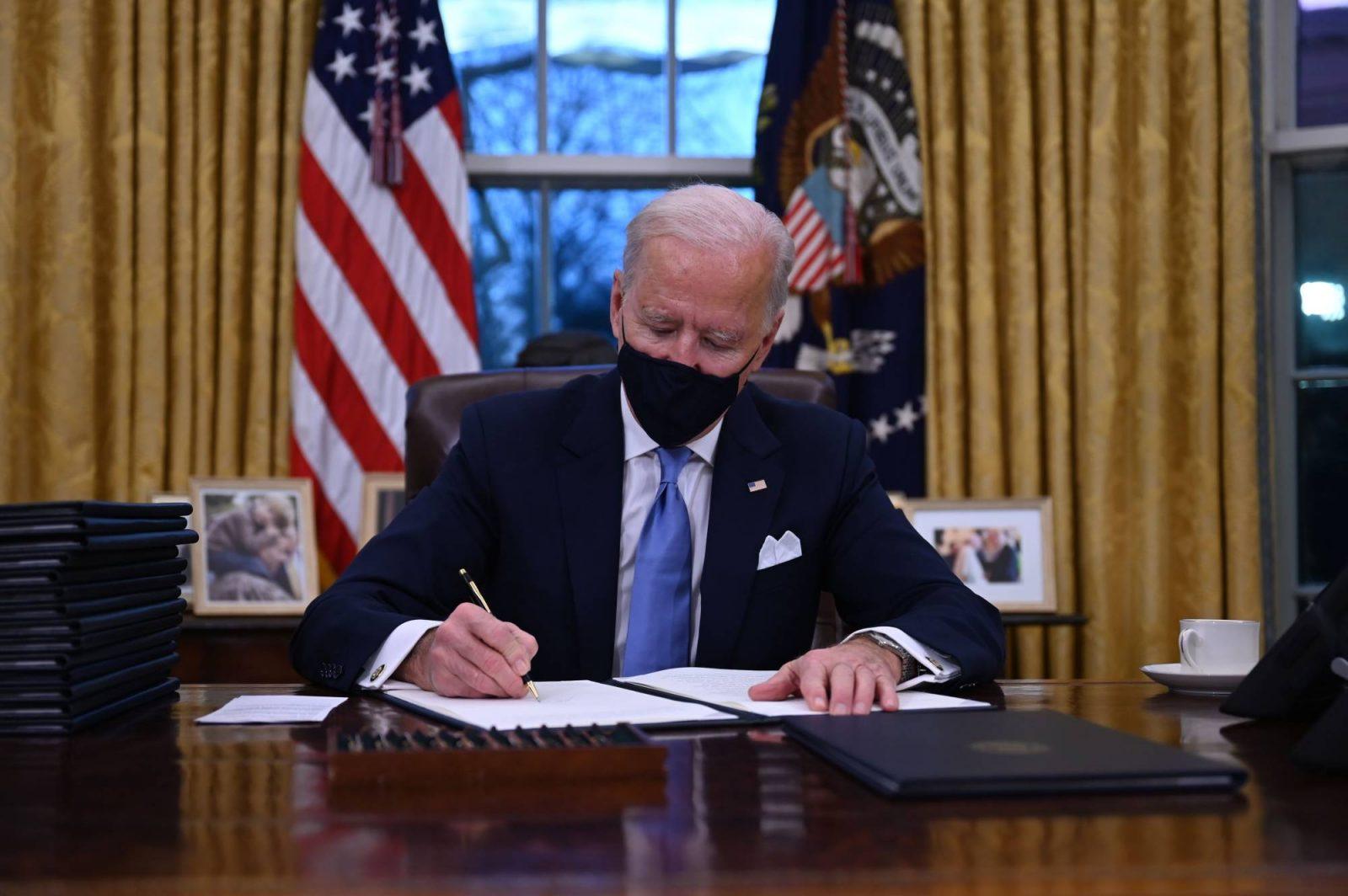 The travel industry has been pretty vocal in response to the latest executive orders to come out of the White House.

The U.S. Travel Association was among the first to commended Biden for lifting a Trump Administration travel ban. U.S. Travel President and CEO Roger Dow stated “the repeal of the travel ban from certain Muslim-majority countries is the right move.”

Dow also welcomed Biden’s focus on policies that will encourage the return of the travel industry and jobs in the sector:

“The CDC’s inbound testing requirement is the key to reopening international travel and it adds another important layer of safety. If the testing requirement is going to work on a global scale, it has to be flexible and reflect where testing resources are available and where they’re not. The executive order would allow for flexibility if it’s needed.”

The U.S. Travel Association also praised the mask mandate that is now a requirement for interstate travel stating that it is “in line with the industry’s health and safety guidance and consistent with what countless travel businesses are already doing to protect travelers and workers.”

They Still Have Concerns

However, they did raise some concerns over administration’s quarantine requirement, saying it was it “unnecessary” and would be “difficult to enforce.”

“The executive order on travel also leaves many important questions unanswered. We believe a mandatory quarantine requirement for international travelers could be extremely difficult to enforce—and unnecessary in light of required testing and the many other protections now in place. In the domestic environment, where there aren’t defined ports of entry for travelers, mandatory testing and other requirements are also impractical and could divert scarce public health resources away from other priorities.”

“We appreciate the Biden Administration’s decision to implement a federal face-covering mandate for all domestic modes of public transportation, including airports and commercial aircraft. The safety and wellbeing of passengers and employees are always the top priority of U.S. airlines. We recognize that face coverings are a critical measure in our multi-layered approach to protecting the traveling public, which is why U.S. airlines have been vigorously enforcing face-covering requirements since April 2020. We welcome the federal mandate as an additional layer of support, which will strengthen our flight crews’ ability to enforce face-covering requirements for the duration of the pandemic.”

Airlines 4 America also expressed their appreciation of the executive orders which will move the country and the industry forward with a “framework for testing” but also showed signs of hesitation about the new quarantine requirement stating they remained “hopeful” that recognition would be forthcoming stating testing can be used to resume travel without quarantines which they say “often prove[s] ineffective.”

What do Flight Attendants have to say?

Airlines have been long awaiting a national mask mandate to ease the pressure they face with passengers who are unwilling to wear a face covering. With a mandate in place the requirement is no longer just “airline policy,” which theoretically could differ from airline to airline, but now becomes a standardized regulation enforced across the board. The Association of Flight Attendants (AFA-CWA) President Sara Nelson also issued her views on the mask mandate.

“What a difference leadership makes! We welcome President Biden’s nationwide approach to crushing the virus and lifting us out of this pandemic.” The “executive action on a mask mandate for interstate travel, including airports and planes, will provide much needed back up for Flight Attendants and aviation workers on the frontlines.”

The AFA first called for an aviation mask mandate in an April 23, 2020 letter to then Secretary of Transportation Elaine Chao and Secretary of Health and Human Services Alex Azar.

Although many travel organizations oppose quarantines and COVID-19 related entry bans, sources are reporting that on Monday, January 25, Biden will reimpose entry bans on most non-U.S. citizens coming from the U.K., Ireland, 26 European countries and Brazil. Most of these restrictions were initially imposed in mid-March 2020 by former-president Donald Trump, although arrivals from Brazil weren’t barred until May 2020. Just before leaving office, Trump ordered that those bans be lifted, but President Biden’s proclamation will reverse that decision. The White House has not commented on the reinstatement of the entry ban.

The restrictions prohibit most non-U.S. citizens who have been in any of the specified countries within the past 14 days from entering the U.S. There are provisions to allow permanent U.S. residents and their family members, and certain other non-U.S. citizens, to return to the United States under the order.

Published in News, Transportation and Travel