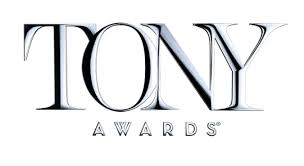 The 74th Annual Tony Awards Have Been Delayed

The Tony Awards will have to wait. The 74th Tony Awards was scheduled for June 7th, but it’s been delayed. Presumably, it’ll return to the New York City’s historic Radio City Music Hall when a new date is officially set. The delay, of course, is due to safety and concern over the coronavirus.

Presenters the Broadway League, the American Theater Wing and CBS are working together to settle on a new date after the lockdown ends. For the last 42 years, CBS has been home for the Tonys. In a statement, representatives for the awards show stressed the importance of healthy and safety for the Broadway community:

“The health and safety of the Broadway community, artists and fans is of the utmost importance to us. We will announce new dates and additional information once Broadway opens again. We are looking forward to celebrating Broadway and our industry when it is safe to do so.”

Another Loss for Broadway

The Tony Awards lead to huge promotion and ticket sales. Whatever shows or performances get honored, it leads more publicity and attention from consumers. Broadway has remained closed since March 13th. The hope was to resume performances on April 13th, but now, The Broadway League is considering extending the shutdown. They’re following the guidelines established by the Centers for Disease Control. The Broadway League have said they’ll do whatever the Center of Disease Control says:

“We are currently in discussions about the most recent recommendations from the Centers for Disease Control (CDC) and are prepared to follow the direction of any mandated closures from city, state, and health authorities. We continue to closely monitor the changing situation daily.”

The closing of Broadway is leading to massive losses. It’s the first major shutdown of Broadway since 2007 when a strike was happening. Leading up to the shutdown, ticket sales weren’t suffering too much, surprisingly. The only shows that saw a dip in sales were the huge productions, Frozen and The Lion King, which host huge audiences. Theatergoers were understandably wary of watching a show with large crowds. People were still going to the theater despite the initial threat of the coronavirus, though. Some theaters and show producers, such as Scott Rudin, were even offering discounted tickets for available seats.

No ticket sales is resulting in a loss of over $100 million. However, that number will go higher if the shutdown continues past April 13th. Thankfully, insurance will cover some theaters, but crew members, actors, and other employees are at a loss. The hope is that Congress and local governments will assist with paid leave, health care, and unemployment.

Broadway earns over $1.8 billion dollars every year. It’s a huge tourist attraction for people all over the world. Following the shutdown, most shows will return and resume, but some less fortunate productions, especially off-Broadway, won’t.

The new spring Broadway productions are all postponed. Many high-profile productions await the reopening of Broadway. 1917 director, Sam Mendes, directed another play called The Lehman Trilogy, but it’ll have to wait. The brilliant actor and playwright Tracy Letts (Killer) has a new play, The Minutes, that is delayed as well. David Mamet’s American Buffalo, which stars Sam Rockwell and Laurence Fishburne, is pushed back, too. New musicals such as Mrs. Doubtfire and Diana (based on Princess Diana) are in the same boat. Stay tuned for more news on Broadway and the next Tony Awards.