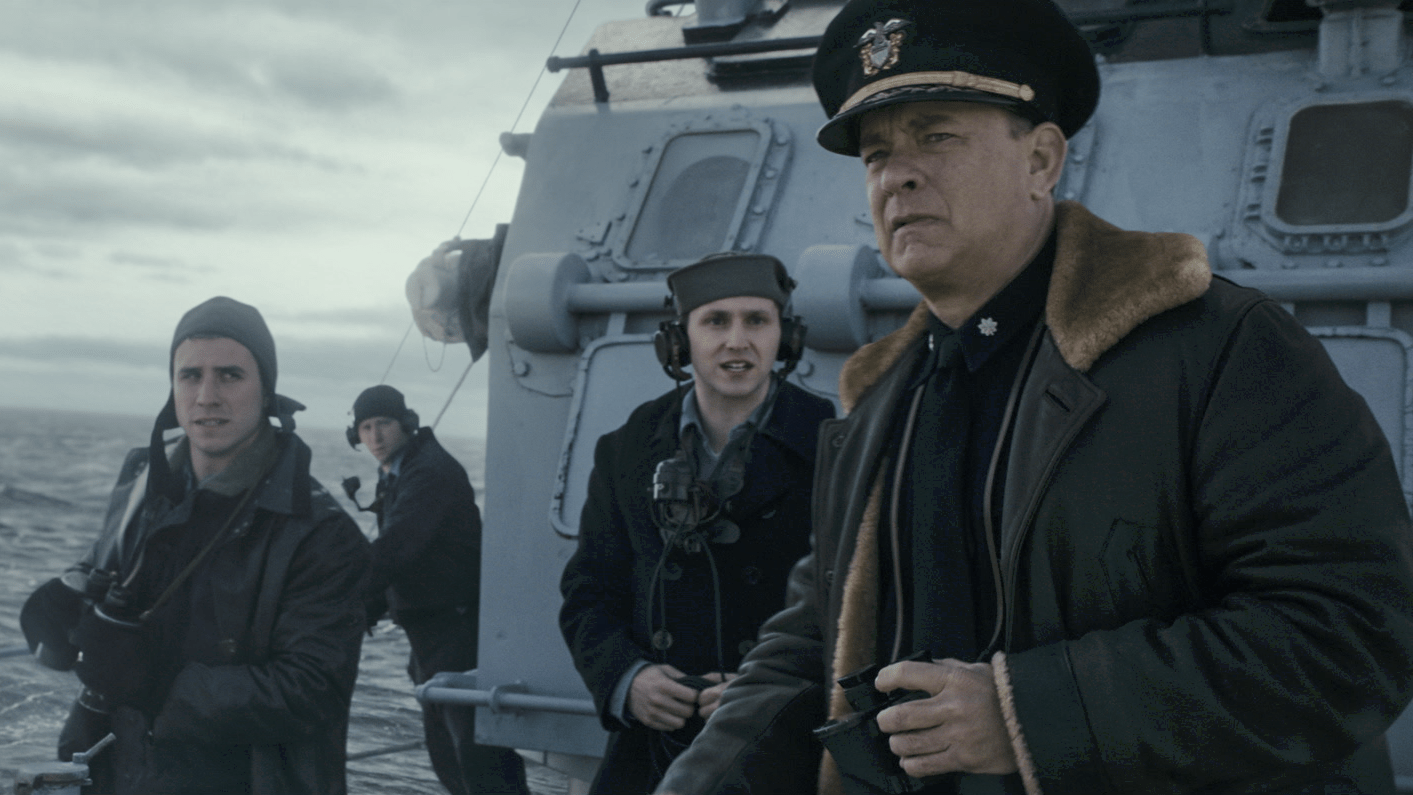 We all know Tom Hanks is America’s dad. If ever an actor was to run for office again, we could all get behind the kind and compassionate Hanks, right? Maybe that’s a stretch, but there’s pure goodness about Hanks and the roles he often chooses that places him in a power position in our collective minds. Again, he’ll play a figure of authority in an upcoming summer war drama, Greyhound, which Mr. Wonderful wrote himself.

It’s a World War II movie. Hanks didn’t direct the movie, but Aaron Schneider (Get Low) did. Hanks having penned the script is awfully intriguing, though. He’s an exceptional writer in his own right. Sure, he misfired with Larry Crowne, but Hanks is human and nobody hits nothing but net. Having made That Thing You Do!, anything that involves Hanks beyond acting catches attention.

First off, the sound design is fantastic in the trailer and just as captivating as the images. The trailer almost sounds like a horror movie or a Transformers movie. It sounds big. For a trailer nearly three minutes long, it does an exceptional job maintaining intensity. Whoever cut this marketing material deserves a raise.

Given what the story is about, it should look and sound like a horror movie, even if Greyhound goes for a PG-13. Considering the summer release date and big budget, that sounds likely. PG-13 war movies can be done tastefully and respectfully, such as Dunkirk.

Older audiences will likely flock to Greyhound, as they did to Sully and other American hero stories told by Hanks. It’s a great piece of counterprogramming in the summer. With Hanks, the story, and release date, it is an event movie in itself, but it’ll be a nice breather from superhero-sized destruction.

The only question mark is Schneider, who’s only ever directed one movie, Get Low. It’s been 11 years since he directed Robert Duvall in the fine drama. It was a promising debut, but it was a promise we haven’t been able to see Schneider deliver on. Perhaps he couldn’t get another movie going after Get Low, considering the stories he’s interested in don’t get made or sell easily to audiences. Since Hanks is the star and face of Greyhound, the movie shouldn’t have any trouble reaching mass audiences around the globe.

The fact that Hanks wrote Greyhound is what makes it promising. It’s a shame throughout his career he hasn’t written and directed more, especially since he made such a spectacular debut with That Thing You Do! The history nut has produced and told other war stories, such as Band of Brothers and The Pacific, but Greyhound is the first produced film he’s written that he hasn’t directed. There’s such sincerity to Hanks as a writer, persona, and storyteller, so the genre suits him. He has the compassion needed for a story such as Greyhound.

If anyone is curious about Hanks’ skills as a storyteller, check out his book of short stories, “Uncommon Type: Some Stories.” It’s filled with delightful tales and writing. The typewriter fiend knows how to tell a good story, both in front of and behind the camera. At least we have a Tom Hanks movie to look forward to this summer. That’s never a bad thing.

In the early days of WWII, an international convoy of 37 Allied ships, led by captain Ernest Krause (Tom Hanks) in his first command of a U.S. destroyer, crosses the treacherous North Atlantic while hotly pursued by wolf packs of Nazi U-boats.