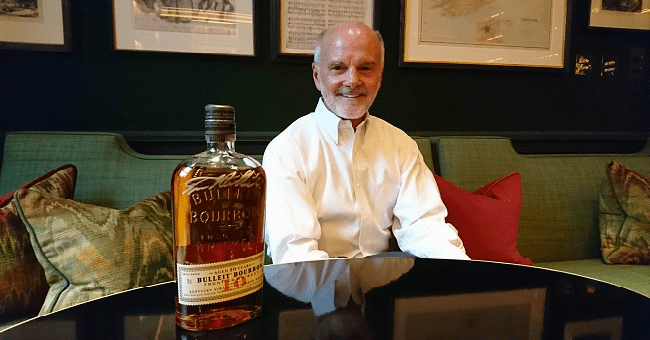 In 1987, Tom Bulleit, fulfilled a lifelong dream of reviving an old family bourbon recipe by starting the Bulleit Distilling Company.

Inspired by his great-great-grandfather Augustus Bulleit, who made a high-rye whiskey between in the mid 19th century, Tom left a successful law practice and risked everything to fulfill his lifelong dream of reviving the family business.

The Legend of Bulleit Burbon

A tavern keeper in 1830s Louisville, Kentucky, Augustus Bulleit was dedicated to a single goal: the creation of a bourbon unique in flavor. After experimenting with countless varieties, he finally came upon a bourbon with the character he had long sought after.

One fateful day, while transporting his barrels of bourbon from Kentucky to New Orleans, Augustus Bulleit vanished. What happened is still unknown, and his creation nearly disappeared into history along with him.

“You have to be bulletproof to be an entrepreneur to a very considerable extent. To a lot of people will say: that won’t work.

So, you have to be able to have the resilience and the toughness to keep on keepin on.

The first few years were a tough grind. In the bourbon industry, it takes years to age your product before you have anything to sell.

Tom hit the ground, because he had no money at the time, selling directly to bartenders – the gatekeepers to sales in the liquor industry. He traveled the country, convincing bartenders that they needed to carry his bourbon.

Bulleit found it to be a tough task, as the culture of the late 1980s was centered around a vodka culture. Not only did he have to convince bartenders to carry his liquor, but also that there would be patrons to buy it.

A World-Class Bourbon, Holding to its Roots

To this day, Bulleit Bourbon is distilled and aged in the Bulleit family tradition. High rye content gives it a bold, spicy character with a distinctively smooth, clean finish.

Their aging philosophy is simple: they wait until our bourbon is ready.

As Bulleit enthusiasts know, rye has always been their cornerstone.

The brand grew and today is the 4th largest Bourbon brand on the planet and Tom Bulleit is a member of the Bourbon Hall of Fame.

To grow the brand, even more, Bulleit knew it would be important to grow distribution channels. In the liquor industry, just a few major players hold most of the industry distribution.

The Bulleit brand was acquired by Seagram in 1997, and was later acquired Diageo, the largest global liquor distributor.

Earlier this year, Tom Bulleit launched his memoir: “Bulleit Proof: How I Took a 150-Year-Old Family Recipe and a Revolver, and Disrupted the Entire Liquor Industry One Bottle, One Sip, One Handshake at a Time”.

Tom Bulleit sits down with me, Jeremy Ryan Slate, on the latest episode of the Create Your Own Life Show.

Published in Brands, News and Podcasts