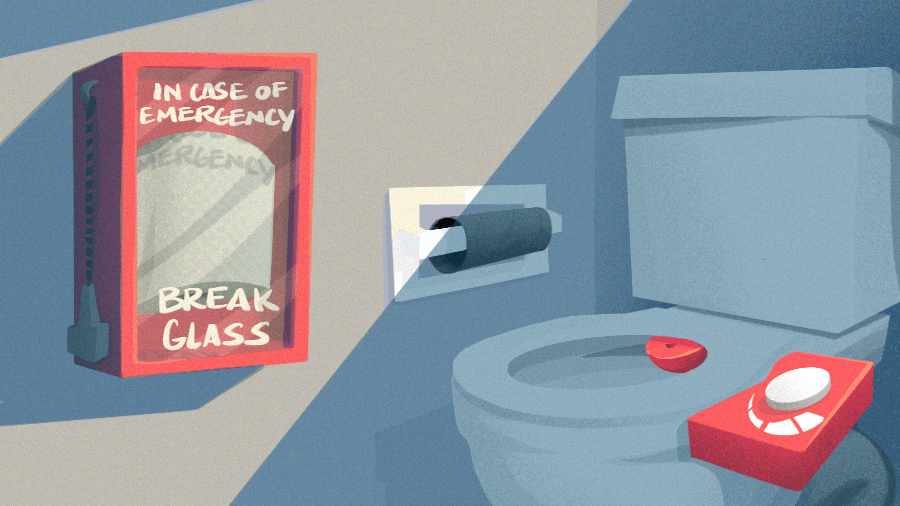 As stores limit toilet paper purchases in response to customers buying it in large quantities, some people are turning to an alternate method of cleaning: bidets.

For those who don’t know, a bidet is an attachment used for cleaning oneself with water after using the restroom. While they’re popular in other countries, they’re not standard in the United States, a country with an affinity for toilet paper.

But with the outbreak of coronavirus–the World Health Organization declared COVID-19 a “pandemic” on Wednesday–people have been hoarding toilet paper. Some stores are sold out of toilet paper, while others, like Costco, are limiting how many packs consumers can buy.

Meanwhile, toilet paper startup Who Gives A Crap has sold out of its inventory in Australia and the U.S., and is expecting to sell out in the United Kingdom by the end of the week.

And as some people panic shop, others have pointed out that they can avoid running out of toilet paper altogether with a bidet.

Tushy, a direct-to-consumer bidet startup, has seen an uptick in sales since toilet paper has been flying off store shelves. The company sells $79 bidets that can be attached to toilets.

In fact the company’s revenue from bidets has tripled this past week, and “shows no signs of slowing,” Tushy CEO Jason Ojalvo said.

“I think it’s definitely the toilet paper hoarding, no question,” Ojalvo said in an interview with Crunchbase News. He added that he thought it’d be the “hygiene angle” that would sway people to buy bidets.

“We’re noticing a lot of articles about the toilet paper shortage and it’s not until the comments that people say ‘get a bidet’,” Ojalvo said.

Sales for the company’s bamboo toilet paper has also doubled, but it hasn’t seen the surge in popularity like Tushy’s bidets have. The company isn’t as known for its toilet paper and doesn’t advertise it as much, Ojalvo said.

Tushy, which is based in New York, has $2.9 million in funding, from investors including Unorthodox Ventures and Propulsion Capital, according to Crunchbase.

The company hasn’t experienced a surge in sales because of a crisis before, but it did experience it when the Metropolitan Transportation Authority pulled Tushy’s ads from subways, and the New York Daily News wrote about it. “Saturday Night Live” mentioned the incident in a news segment, and Tushy saw a spike in sales.

Just as toilet paper from large brands like Charmin and Cottonelle are flying off shelves, toilet paper startups are seeing demand skyrocket, too.

Toilet paper maker Who Gives A Crap, which makes environmentally-friendly toilet paper, saw its sales grow 12x in Australia last Tuesday, and then saw a 20x increase in sales the next day, co-founder Danny Alexander said in an interview with Crunchbase News. It sold out of inventory in the country last week.

“We had virtually no time to react,” Alexander said. “By the time we caught up to the number of sales we had to turn off sales.” The company has paused sales to individuals who didn’t already have a subscription, but is still selling and distributing to subscribers.

Who Gives A Crap has had a few brief times where it’s been out of stock, but never from panic buying. In fact, the company has never seen anything like this, Alexander said.

“As a company that makes something that everybody needs and nobody wants to run out of, we try to never run out of stock,” he said.

Published in Business and Consumers