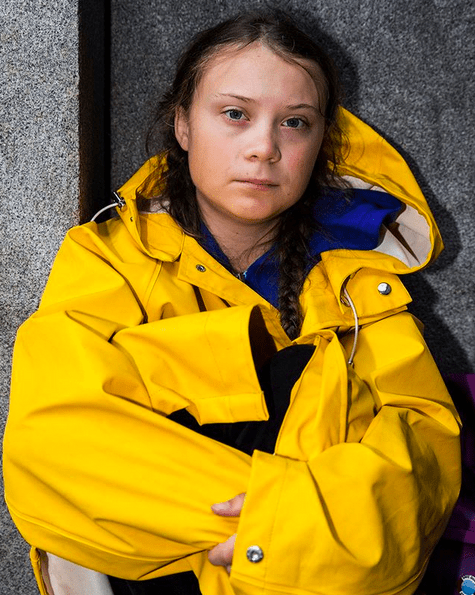 Teen activist for climate change awareness Greta Thunberg has been named the person of the year in TIME Magazine’s annual award. The young activist beat out nominees such as U.S. Speaker of the House Nancy Pelosi, President Donald Trump, the Hong Kong pro-democracy protestors, and even the anonymous whistle blower that sparked the 2019 impeachment proceedings of President Donald Trump. At just 16, Thunberg is the youngest person ever to be awarded the TIME Person of the Year award.

TIME met with Thunberg weeks ago for the interview that would be released with her award announcement. The article, which describes Thunberg’s travel process by boat, caught her boarding a sail boat en route to Madrid, Spain for the European Union’s annual climate conference. Thunberg, who spoke at the protest, played a pivotal role in representing the world’s youth—the group that will take the brunt of climate change.

“By clarifying an abstract danger with piercing outrage, Thunberg became the most compelling voice on the most important issue facing the planet,” says TIME of the teen activist. Thunberg began her path toward becoming an icon of climate change activism back in 2018 when she skipped school to protest inaction toward climate change in front of the Swedish parliament. Just a year and a half later, Thunberg is speaking in front of notable figures at the United Nations, making television appearances, and traveling the world to promote action toward climate change.

But don’t be mistaken by Thunbergs travels. Air travel, while fast and affordable, is a large contributor toward climate change . Each flight passenger traveling between the United States and Europe creates no less than 1 ton of CO2e (about 10 yards of a football field’s worth) during their flight. Check an extra bag? Even more (I implore you to calculate your last flight here). To offset that, Thunberg travels only by sail boat—a timely but efficient way of traveling.

Thunberg’s Goals Are Not Overnight Change, But Effective Change

Thunberg’s passion is not necessarily in seeing major change overnight. The issue of climate change, while urgent, is also complex. While more efficient, for example, Tesla’s all-electric vehicles still create somewhat of a carbon footprint because the power to generate the electricity must come from something. But each step toward a greener future is an improvement, and Thunberg is dedicated toward creating as many small steps toward improvement as possible.

Greta Thunberg spoke at the European Union’s annual climate conference in Madrid this week to urge EU officials involved in the Paris Agreement to promote drastic changes in the near future.

“We are desperate for any sign of hope,” said Thunberg at the climate conference in Madrid “I’ve given many speeches and learned that when you talk in public you should start with something personal or emotional to get everyone’s attention, say things like ‘our house is on fire,’ ‘I want you to panic,’and ‘how dare you.’ But today I will not do that, because then those phrases are all that people focus on. They don’t remember the facts, the very reason why I say those things in the first place,” Thunberg said.