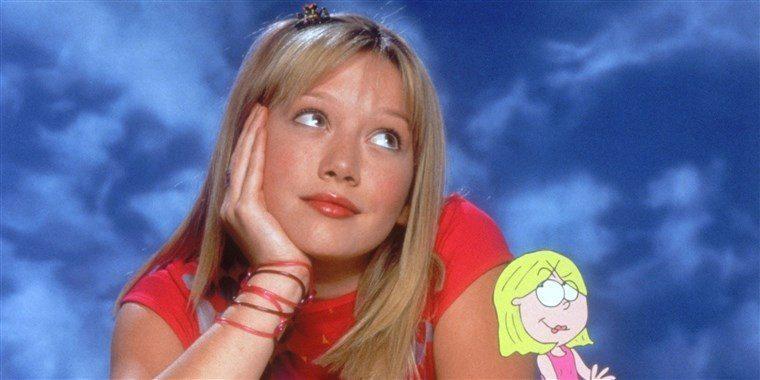 Calling all fans of scrunchies and glitter lip gloss: Lizzie McGuire is coming back to grace us with her presence on the Disney+ streaming service at some point in the [hopefully] near future. Fans of the early 2000’s children’s masterpiece will get the chance to catch up with Lizzie McGuire, played by Hilary Duff, as she returns to her breakout role once again. This time, though, Lizzie is navigating life in her late 20’s alongside some new friends and foes in the professional world, and Brooklyn. The reboot (technically sequel?) was announced in late August at the D23 Expo to increase excitement for Disney+ before it launches in November.

Details about the project have been fairly secretive on Disney’s side, with Duff seemingly serving as the official spokesperson for the new show. “SURPRISE!!! I’ve been trying to contain this excitement for a loooong time while this has been in the works! I am beyond excited to be home again, back with my girl ♥️…and into her 30’s,” wrote Duff in an Instagram post that was published in late August. Fans have been eager to hear confirmation that the series would be returning since last fall, when Duff revealed that there were talks of a Lizzie McGuire reboot between herself and Disney.

Lizzie McGuire became one of The Disney Channel’s most popular shows when it aired between 2001 and 2004, with a full-length feature film that hit theaters in 2003. The show followed 13-year old Lizzie McGuire through the everyday struggles of middle school in the early 2000’s—clear plastic home phone and all. Alongside her were her two friends, Miranda (Lalaine) and Gordo (Adam Lamberg), and an animated version of herself that narrated her inner monologue. The show was the first Disney Channel series to have an accompanying movie that had a theatrical release, which saw teenage Lizzie heading to Italy on a school trip where she gets confused for a local pop star and becomes an overnight sensation. The success of the film sparked the idea for Hannah Montana, another one of Disney’s most prolific franchises in the last couple of decades.

Today, many of Lizzie’s young fans are grown and navigating the world of adulthood and urban life in the same way that they were navigating elementary and middle school when the show was airing every week on The Disney Channel. For this reason, the reboot is fittingly placed in the adult world, where Duff’s character will be navigating the professional world and living in Brooklyn. “She is still dealing with that 13-year-old no-holds-barred animated Lizzie that’s constantly babbling in her adult Lizzie head,” Duff said at the D23 Expo announcement for the series reboot. “So she has to deal with that. But I think that’s what’s going to make it really special,” she continued.

Where Does It Pick Up?

“She’s older, she’s wiser, she has a much bigger shoe budget, which is super exciting. She has her dream job. She has kind of the perfect life right now,” Duff elaborated in the announcement. All we know so far about the show is that it takes place in Brooklyn for some time before Lizzie moves back to Los Angeles, and that she has a boyfriend, but it’s unclear who that boyfriend might be. The show, which will premiere on a yet-to-be-announced date on Disney+, is currently in pre-production and has not started filming. Other members of the original cast have not been confirmed, either, and Disney has not announced what the name of the new show will be.