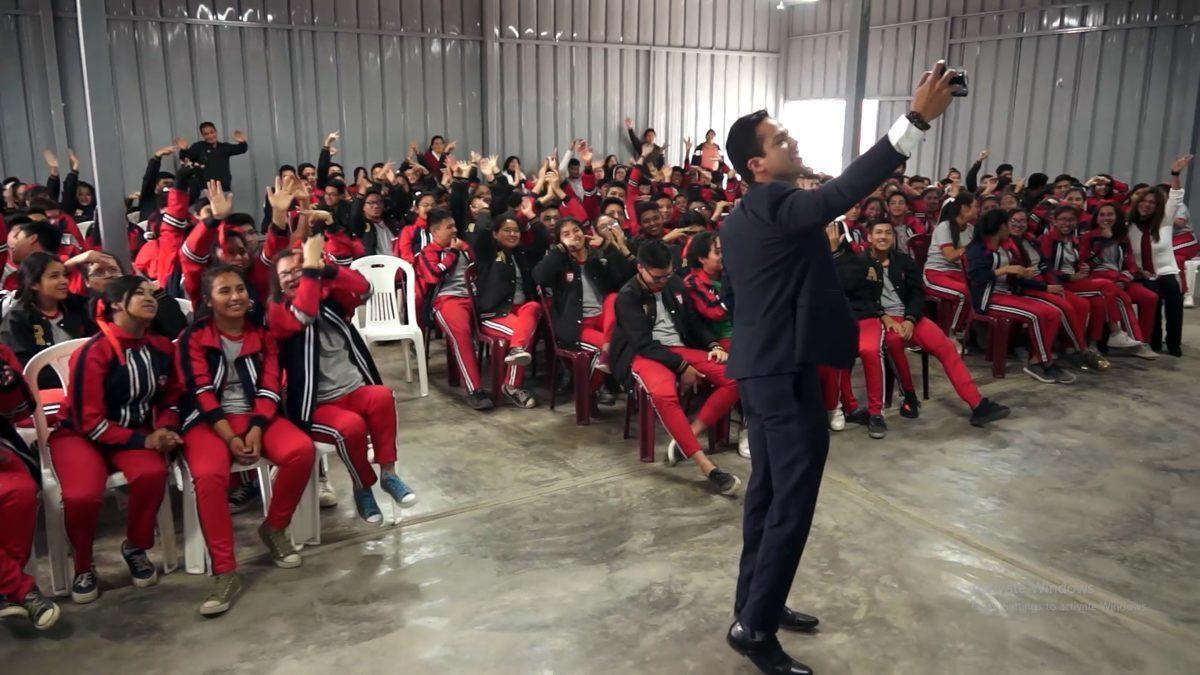 Tony Selvagio’s company provides a practical solution to corporate e-waste, but he also takes it a step further.

He started eSmart Recycling after seeing the need almost six years ago for a company that could deal with old computers and other electronics that corporations didn’t use anymore.

Through trial and error, Selvagio saw that companies also had a hard time finding a way to give back that didn’t require a whole mountain of time and effort.

“They didn’t know how to [give back] other than the traditional ways of sponsoring an event or something like that,” he said.

Today, they recycle e-waste for companies and they take some of the resources and profits and invest in computer labs for kids.

The first recycling job that he had allowed him to see how excited that company was about helping kids who needed it.

“They were all thrilled,” he said, “The company was happy, the non-profit was happy, I felt good and I felt like I was helping fill the problem.”

How it works is that eSmart takes a portion of the money from each pick-up. They put that money into creating technology labs for middle school-age kids.

“We keep the company in the loop and we calculate so we tell them, ‘hey, out of this pickup that we did that time we were able to fund this program right here,'” Selvagio said.

He said that although most of the work they do is in the Tampa Bay area they have done work nationally and internationally.

They process half a million pounds of electronics a year on average and this year they are projected to exceed that.

ESmart Recycling’s computer labs benefit children who otherwise wouldn’t be able to afford a computer or may not have access to one.

He said that to have the biggest impact, he looks for organizations with some infrastructure already in place. Selvagio ensures that the organization can provide a physical room for the computer lab, he looks at how old the children are and they take a look at who runs the organization.

“Are there good people running this organization where we can come in and really support their initiatives?,” he asks.

Considering these factors allows eSmart to create a larger impact from each computer they donate.

They are developing educational programs for middle school children to teach them about entrepreneurship and other practical life skills that schools sometimes leave out.

They have gifted about 1,600 computers and laptops to children since they started.

Selvagio began this company in 2014 when the buildup of e-waste was a newer issue.

He knew that once he thought of Tampa as home he wanted to start his own business here, therefore, he started looking for a need to fill.

“When you’re in Latin America, a least where I grew up, you don’t have that job security and it’s not set up in the same way that you see here in the states,” he said.

Originally from Venezuela, entrepreneurship was more of a given than a question for Selvagio.

“Most of the people that you knew that were sort of successful, they had their own little small business,” he said.

He moved to the United States at 24 and after meeting his wife and realizing he was going to call Tampa home for the foreseeable future, he started eSmart Recycling just three years later.

“I wholeheartedly believe that the only way to tackle most of the social problems that we have right now is through an actual business model,” he said.