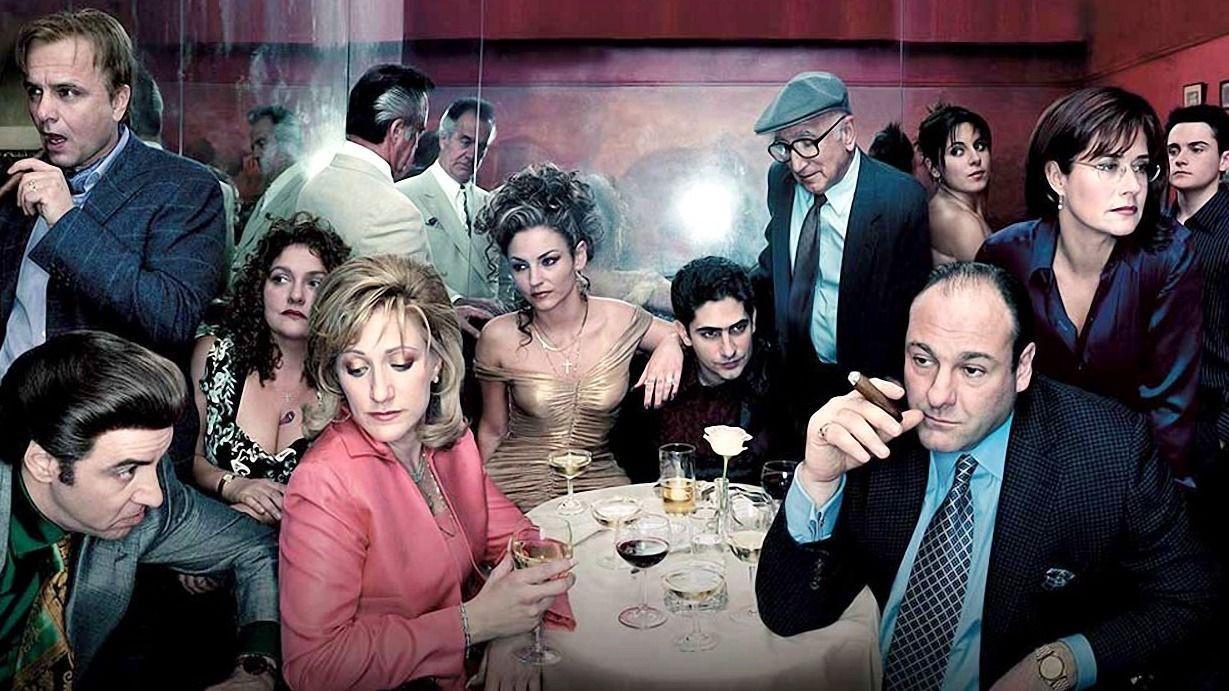 David Chase Wrote a Coronavirus Scene for 'The Sopranos'

For a moment, let’s remember a great scene from season two of The Sopranos. Christopher, after being shot, is in a hospital bed and lucky to be alive. In the hospital lobby, “the family” is waiting it out and staying supportive. A mobster awakes, raises his head, and sees the great Uncle Paulie thoroughly using hand-sanitizer. The mobster rolls his eyes. Now, that moment plays like gangbusters. Uncle Paulie was always right to take care of himself.

David Chase was and presumably still is working on The Sopranos movie, which was originally scheduled to come out later this year. Due to the coronavirus, the prequel got pushed back to 2021. In the meantime, Chase has written a new scene for the series. Can you imagine how some of the show’s classic characters would handle the current pandemic? Well, now we don’t have to imagine it now, because Chase has done it for us.

So if Tony Soprano (James Gandolfini) survived the polarizing season finale, which implies he’s either going to die right then and there or another day anyway, he wouldn’t be happy under lockdown. In fact, he’s angry enough to think the President has a point about getting back to work. Tony’s unsurprising thoughts on the matter were revealed on a new episode of Talking Sopranos, a podcast featuring Michael Imperioli and Steve Schirripa. Chase wrote a new scene with the characters, and he was kind enough to let the duo read it on the podcast (via Vulture).

PAULIE WALNUTS: Man, people call me a germaphobe. Big laugh. Now all I’ve got to say is: See, motherfuckers? And I knew some fuckin’ thing like this was going to happen. I saw the Holy Mother at Bada Bing.

TONY SOPRANO: Sports betting? Fucking gone with the wind, along with professional sports. Me and my friends are dying over here. The president might have a point. Let’s get business and manufacturing going again — by Easter, May Day, whatever the fuck.

MEADOW SOPRANO: I should’ve gone to medical school. I feel so bad about my decision.

CHRISTOPHER MOLTISANTI: I’ve been to Hollywood. Out there they should call it the swine flu.

ADRIANA LA CERVA: I’d volunteer or something. I feel so bad. I’ve been crying a lot, but I got an underlying condition. Irritable bowel syndrome, right? I can’t reach my doctor to find out if that would exclude me passing out masks or something.

DR. MELFI: I’m on the second line over the hospital. When and if those brave docs burn out, I’m out next.

A.J. SOPRANO: At one time I wanted to work for Trump. You believe it? Fuck me, dude.

CARMELA: We’re not doing well with the quarantine in our house. It’s making me face the music that this is a dysfunctional family. But it’s keeping my husband in, which is good.

So, is Tony Alive?

This scene does raise the question: So, did Tony survive the finale? Chase’s scene kind of, sort of tells us he did, if we take it seriously. Whether Chase really thinks Tony survived or not, it really doesn’t matter. It’s one of the least interesting questions about the classic HBO show. The meaning of the finale is so clear that it’s hardly ambiguous. The question of if Tony survived that final moment doesn’t matter. Tony’s death at the barrel of a gun, we all know, is probably how he’s going to go. It is his end.