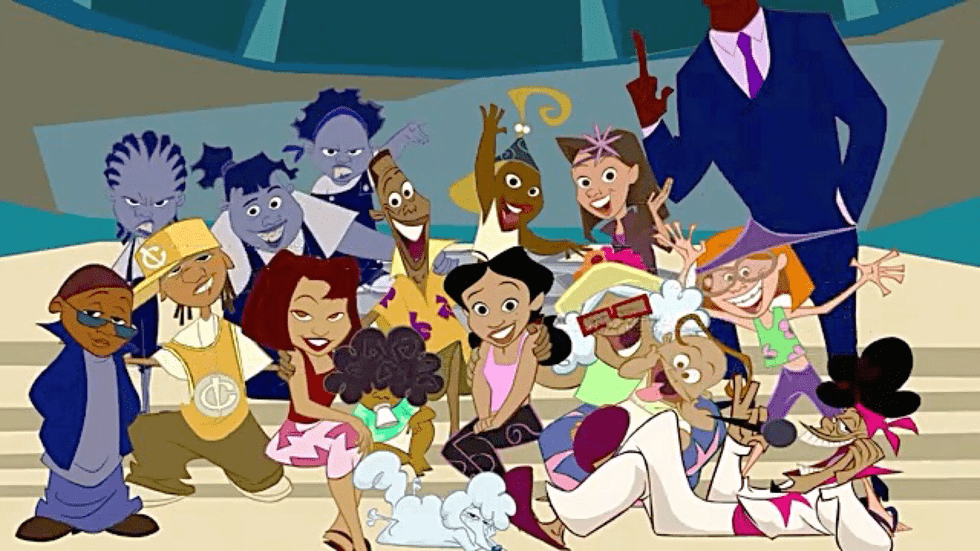 Disney fans are absolutely losing their minds over The Proud Family surfacing on Disney+ recently. It is, without question, the best New Year’s surprise ever.

And don’t try to hide it. If you’re a millennial, teen, and/or tween from the early 2000s, The Proud Family undoubtedly had a special place in your heart.

The Proud Family was an animated Disney Channel cult favorite, running from 2001 – 2005. It’s theme song was legendary, sung by Destiny’s Child and Solange.

This recent addition to Disney+ adds to the delight and absurdly nostalgic support surrounding Disney Channel’s Original Movies (DCOM). Evidently enough, that excitement is plain and clear for all to see across the Twitter sphere, and we would be the ones that truly appreciate this opportunity to revisit 14-year-old Penny Proud, her parents Oscar and Trudy and of course — Suga Mama.

But The Proud Family was special to Disney Channel viewers for a myriad of reasons, beyond just its superb theme song and dynamic characters, voiced by Kyla Pratt, Tommy Davidson, Paula Jai Parker, Jo Marie Payton and Tara Strong.

At the time the series ran, Hollywood experienced a very large void in diversity. What this show did was shift the traditional Hollywood culture by showcasing animated African-American and Latinx characters every day for kids to watch.

Today, we’ve already begun to see more adaptations with these types of character with Disney and Pixar films such as The Princess and the Frog, Moana, and Coco.

Sometimes, to truly be able to roll into a new year — and in this case a whole new decade — we have to bring along with us the things that made our lives magical in the past.

Rumors have also been flying that a brand new season with all new episodes of the beloved series would be surfacing some time soon on Disney+ — potentially joining in on the excitement of the Lizzie McGuire revival.

The Proud Family was a series that went above and beyond to celebrate diversity. Albeit — sometimes to a fault. Some viewers that have gone back and watched those episodes that were seemingly celebratory about cultural differences now as adults have realized that they are somewhat problematic.

Still, though — watching The Proud Family as a kid was one of the first times that I can recall a cartoon bringing such representation to a young, sassy black girl and her wacky suburban family that was near impossible not to resonate with, regardless of race or culture — and a whole 8 years before The Princess and the Frog‘s Tiana became the first black Disney Princess.

The Proud Family Movie (2005), to a rapturous response from we Disney fanatics, is also available for streaming through Disney+.

I, for one, am stoked that this gem of a Disney Channel original series is back in our lives. Especially since I have burned through all of the Disney Channel Original Movies twice over.

You can only listen to Zenon utter “Zetus Lapedus” so many times, am I right?