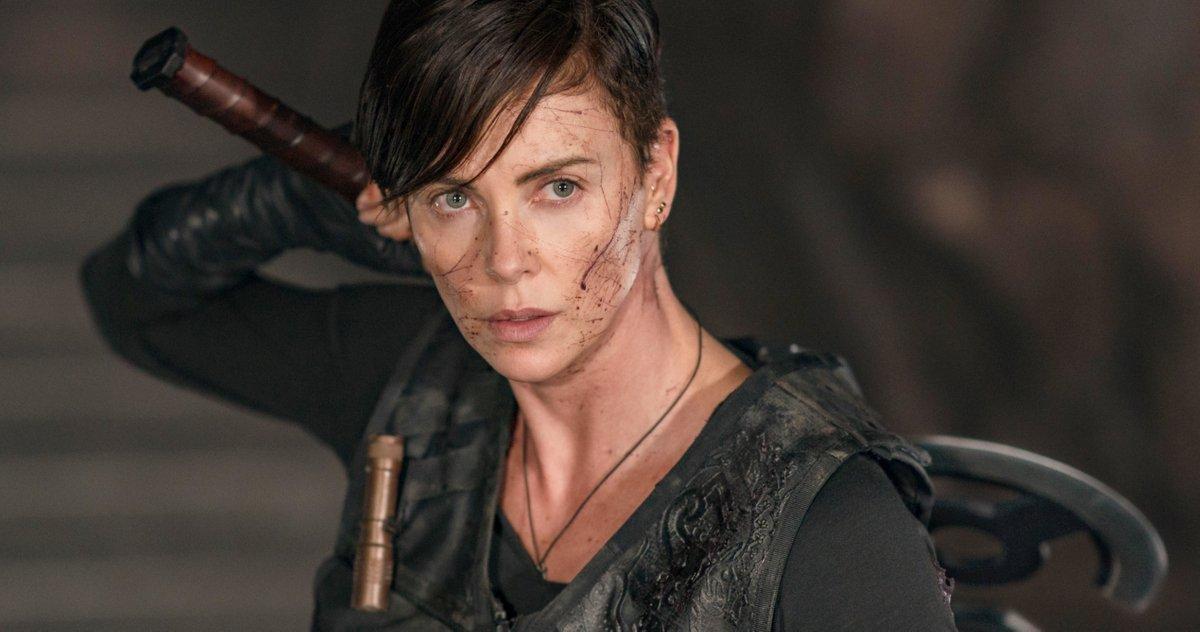 The Old Guard is Netflix’s first major action movie to deliver the goods. The streaming service hasn’t produced the best of the best when it comes to large-scale, movie star-led action movies. Bright was a major hit for the streaming empire, but it was also a serious flatline of a movie. Gina Prince-Bythewood’s action movie, on the other hand, gets the job done with compelling heroes and hard-hitting practical action.

Charlize Theron leads a group of mostly immortal mercenaries who’ve been kicking ass and taking names for good across the planet for centuries. Eventually their time runs up, they stop healing, and they die. Until they do, though, they keep fighting and killing. It’s all they do. Theron is the leader, Andy, who’s grown tired of dying and living forever. She’s ready to throw in the towel until her team gains another immortal, Nike (Kiki Layne), a marine killed in combat who returns to life to join the team. A creepy billionaire in pharmaceuticals, played by Harry Melling, wants to steal their genetic makeup, save lives, and mostly, make money.

Theron is a great driving force for The Old Guard. She leans into the anti-hero side of Andy in her performance. She’s not overly heroic, sort of jaded, and done with the superhero life. That tiredness matched with complete dominance in an action scene makes for a compelling gruff protagonist. It’s a strong role for Theron, who’s especially a blast to watch in action. When Theron is cracking smiles during a fight on an airplane, it’s her movie star charisma just elevating the action and the rest of the movie.

A Big Dose of Practical Action

Gina Prince-Bythewood, who previously directed Love & Basketball and Beyond the Lights, shoots all of the action with such clarity. Even when the heroes are in a darkly lit environment, Prince-Bythewood makes every move and punch trackable, and more than that, exciting. Every set piece is unique in its own way. With heroes who can’t exactly die, it adds a fun twist to all the shootouts and hand-to-hand combat. The premise just gives the action a little extra flavor. Prince-Bythewood rarely relies on CGI for any major action, too, making The Old Guard a refreshingly old school action movie that’s always tangible.

The Netflix movie has a bit of a “men on a mission vibe,” you know, shades of Predator and team-oriented action movies from the heyday. Prince-Bythewood’s picture has the crisp and clean action and buddy dynamics that define those movies, but she trades machismo for vulnerability. It’s a muscular action, but it places vulnerability above machismo.

The characters are played as real people who happen to have an extraordinary gift or curse, depending on how you look at it. They’re not stock action heroes; they’re all fearful, doubtful, or substantial enough in their own way. The Old Guard shakes up a common action movie formula by bringing it today’s world with sensitivity and inclusivity, plus all the heavy-hitting action audiences want. It’s a rare inclusive action movie; it’s not a complete hetero sausagefest.

The Big Movie of the Summer

Seeing the way things are going, The Old Guard might be one of the few if the only major, star-driven action movies of the summer. The chances of theaters reopening looks uncertain, so Netflix may have on its hands the one big action movie of the summer. Thankfully, it delivers. There’s a lull here and there, but for the most part, The Old Guard is a B action movie that delivers exactly what it needs to and more. Finally, Netflix has produced a large-scale popcorn movie that satisfies.