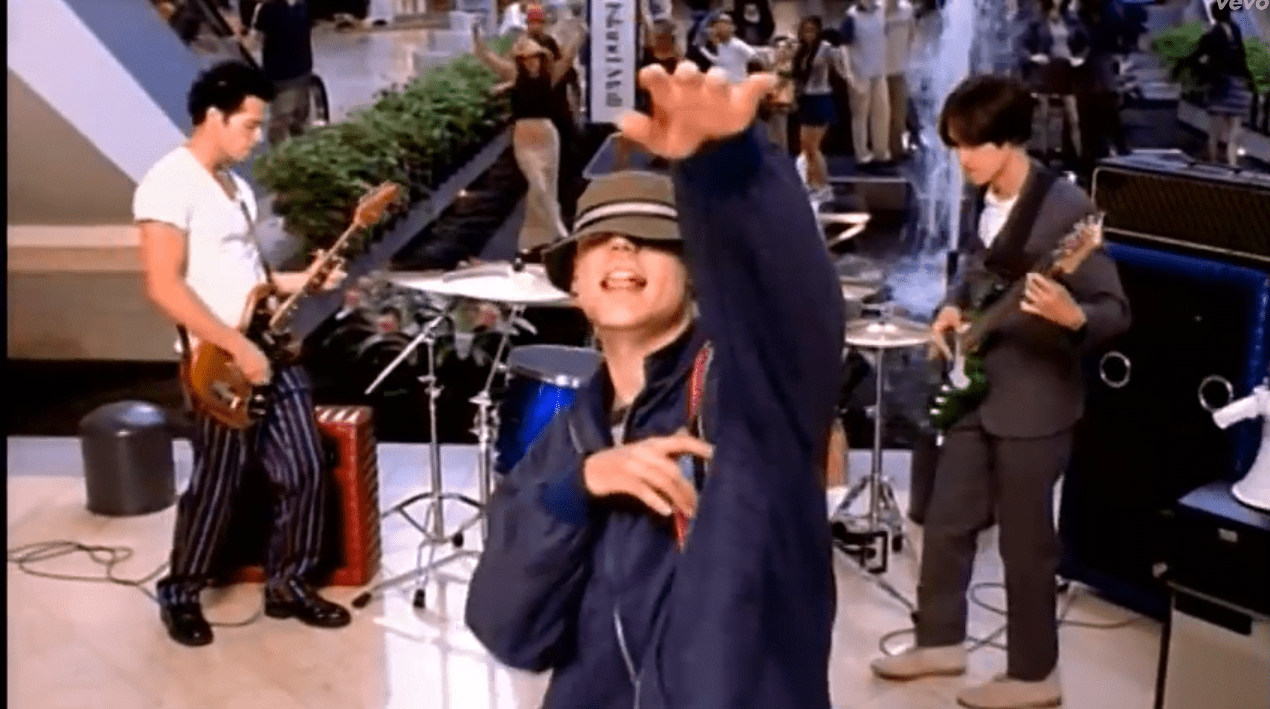 The New Radicals Are Reuniting for the Biden-Harris Inauguration​

If you were a child of the ‘90s, you more than likely have memories of “You Get What You Give.” Probably fond memories, too, as it’s one catchy and hopeful song that, personally, I still return to every once in a while for both nostalgia and feel-good reasons. As anyone familiar with the song knows, the band behind it, the New Radials, quickly called it quits. The band only released one album and haven’t reunited since. Now, that’s about to change.

The New Radicals are reuniting for the Biden-Harris administration’s virtual “Parade Across America.” “If there’s one thing on Earth that would possibly make us get the band together, if only for a day, it is the hope that our song could be even the tiniest beacon of light in such a dark time,” New Radicals’ frontman Gregg Alexander said in a statement. “America knows in its heart that things will get bright again with a new administration and a real plan for vaccines on the way. That’s the message of the song… this world is gonna pull through.”

The song holds deep personal meaning for future President Joe Biden. Biden’s late son, Beau, would find comfort in the song’s encouraging lyrics. “During breakfast, Beau would often make me listen to what I thought was his theme song, ‘You Get What You Give’ by the New Radicals,” Biden once wrote. “Even though Beau never stopped fighting and his will to live was stronger than most – I think he knew that this day might come. The words to the song are: This whole damn world can fall apart. You’ll be ok, follow your heart.”

Alexander considers it an honor to perform the song again at the inauguration. He knows how much the song means to Joe Biden. “Performing the song again after such a long time is a huge honor because we all have deep respect for Beau’s military service and such high hopes for the unity and normalcy Joe and Kamala will bring our country again in this time of crisis,” Alexander added.

It is the first time New Radicals have performed in 22 years. The band’s “Maybe You’ve Been Brainwashed Too” is an exceptional pop-rock debut. Of course, it’s most famous for “You Get What You Give,” a song that just never gets old. It’s of its time but not dated. The already iconic music video set in a mall brings back all kinds of pleasant memories too for, again, ‘90s babies.

When the New Radicals broke up as fast as they did their fans were surprised. The band ended just as they were beginning. Long story short, Alexander did not enjoy the success. He felt the band was becoming a part of “the machine,” didn’t enjoy the touring or publicity, and never felt fully comfortable on a stage. The limelight and demands of the music industry just weren’t for him. He wanted to work in the shadows and just create, which he’s been doing ever since the New Radicals broke up.

The New Radicals’ frontman is now an Oscar-winner, in fact. He wrote songs for the lovely film, Begin Again, which got him his Academy Award. Alexander has remained a prominent songwriter through the years, writing for Adele and other hit artists. Often, Alexander writes under pseudonyms. Understandably, he just wants to make music without any of the credit or blame. 22 years later, for the New Radicals, performing at a historic inauguration is quite a triumphant return for a band the ‘90s will never forget.