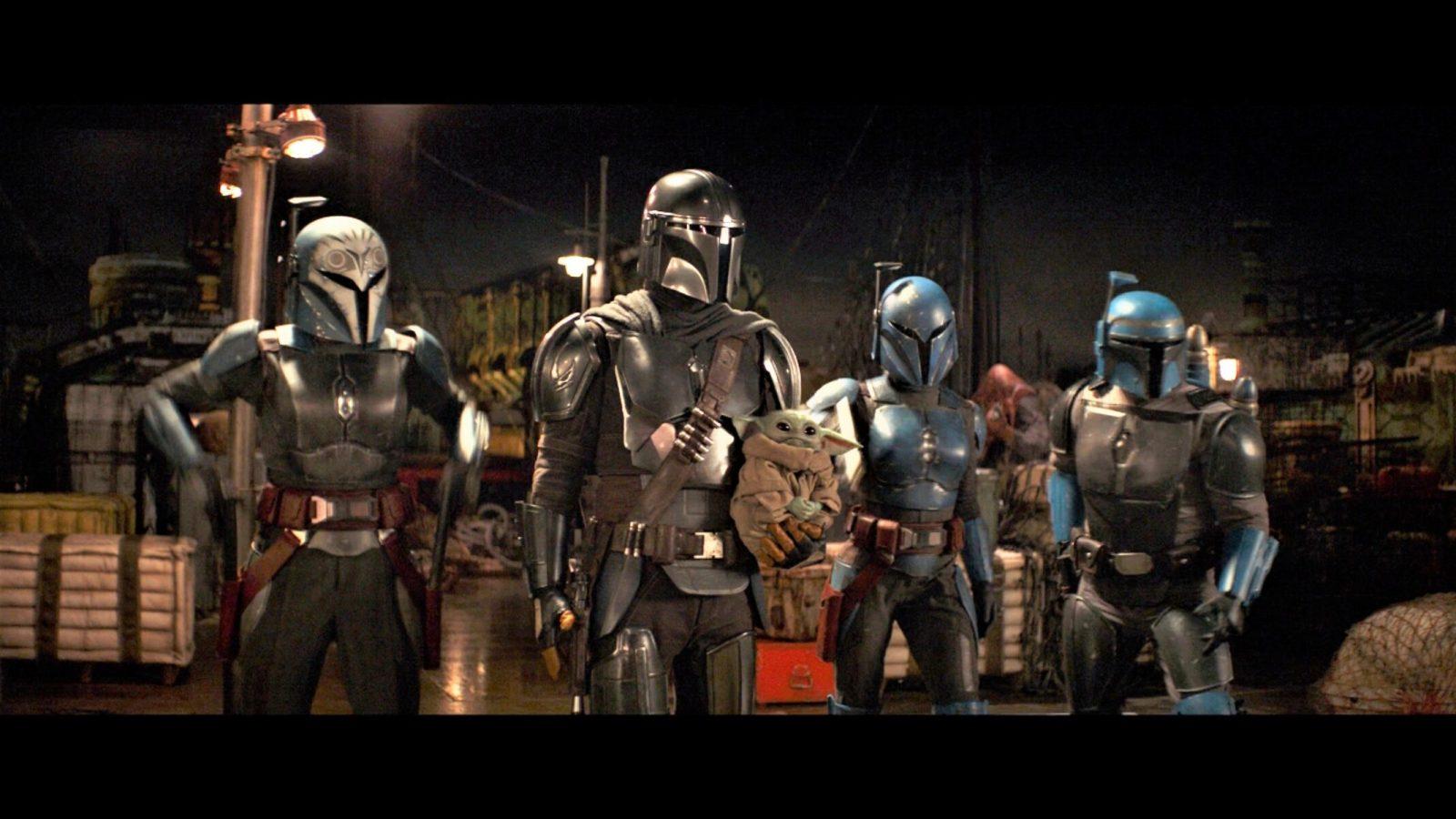 Ahsoka Tano Finally Gets a Mention in Chapter Eleven of The Mandalorian.

*Spoiler Alert: This recap contains spoilers for The Mandalorian*

Welcome back to season two of The Mandalorian! This episode is titled, “The Heiress” and finally brings in Ahsoka Tano. We begin in a similar manner to last episode, with Mando nearly crashing the Razor Crest into the Trask moon.

It’s not exactly the smoothest of landings but thank goodness Baby Yoda is still cute. In a touching moment we see the Frog Lady look around anxiously for her husband on the docks. It’s great that you don’t need words to feel the joy she does when she reunites with her Frog Husband.

The Frog Husband leads Mando to a contact who claims to know where Mando’s fellow Mandalorians are. After a hilarious scene where Baby Yoda’s chowder almost eats Baby Yoda, a Quarren fisherman tells Mando he can take him to other Mandalorians but they’ll have to go by boat.

This plan turns out to be a giant trap. Once again a sea creature attempts to eat Baby Yoda, but only because the Quarren fishermen basically toss him into the mouth of a TERRIFYING mamacore creature. Mando dives in, desperate to save Baby Yoda, but that just makes matters worse for a heroic duo. The fisherman bar up Mando’s only means of jumping back onto the ship, convinced they have Mando’s beskar armor in the bag.

NOTE: This episode has several major Star Wars: The Clone Wars references. (It’s another great animated show that’s available to stream on Disney Plus.) The first reference arrives to save Mando.

Bo-Katan (Katee Sackhoff, reprising her role) and her brigade save Mando and Baby Yoda. Yes, they’re Mandalorians, and yes, they do take off their helmets! Mando asks where they got the armor from and Bo-Katan is like, “Do you KNOW who I am?” I don’t want to spoil too much of Bo-Katan’s story from The Clone Wars but essentially she is the titular “heiress” of the episode. She wants to claim what’s hers: the throne of Mandalore and the Darksaber. (The black lightsaber Moff Gideon used in the first season finale.)

Bo-Katan and company end up saving Mando’s butt again from more angry Quarrens who want revenge for the boat Quarrens who tried to kill Mando. Bo-Katan tells Mando she’ll give him the information he needs about nearby Jedi, but like any Mandalorian episode, he has to do something for her first.

Mando leaves Baby Yoda with the kindly Frog family and warns him to behave or else he’ll upset the internet again. It’s adorable watching Baby Yoda’s face light up when one of the Frog Lady’s eggs hatch. Leaving Baby Yoda in a safe zone was a wise move, because Bo-Katan wants to raid an Imperial ship full of weapons.

Mando and the Mandalorians easily mow down the Stormtroopers on the ship. Bo-Katan tells Mando she won’t give him the Jedi intel until he helps her take the ship. Meanwhile, the man who appears to be the commanding Imperial officer on board (Titus Welliver) speaks to Moff Gideon (Giancarlo Esposito) and they both say, “Long live the Empire.” It’s just not as ominous without the Imperial March or Darth Vader breathing evilly while Force choking someone.

Anyways, the officer shoots the two pilots in the cockpit and basically starts steering the ship straight into the second nose-dive of the episode. Mando and the Mandalorians (man that sounds like a great band doesn’t it?) finally corner the officer. Bo-Katan questions him on the whereabouts of the Darksaber and the officer is just like, “Peace out y’all,” and kills himself before Moff Gideon can get to him.

Bo-Katan finally tells Mando where he can find his Jedi. The internet collectively gasped when she mentions that Ahsoka Tano is the Jedi that can help Mando.

Ahsoka Tano is without a doubt the most talked about The Clone Wars tie-in the Mandalorian has referenced so far and she hasn’t even shown up in an episode yet! Without being too spoilerly Ahsoka was Anakin Skywalker’s former Padawan and is a major character in The Clone Wars as well as Star Wars: Rebels. Ahsoka Tano truly became a hero of the galaxy in her own right and is definitely a fan-favorite, particularly because of her connection to Anakin before he fell to the Dark Side. (And after, but that’s another story.)

There have been rumors that Rosario Dawson will play Ahsoka but that has yet to be officially confirmed. Ahsoka Tano and Bo-Katan have a history so it makes perfect sense that Bo-Katan tells Mando to find Ahsoka. (Seriously watch The Clone Wars, it adds a lot more layers to the prequels in a dynamic and interesting way.)

It’s hard to believe that Ahsoka won’t make her debut in the next episode. It’s exciting to see how the show will introduce and how she’ll help Mando in his quest to reunite Baby Yoda with his kind. This was by far the best episode of the season currently, and I’m intrigued to see where Mando and Baby Yoda go plot-wise with next week’s episode.

Watch all things Star Wars only on Disney Plus.