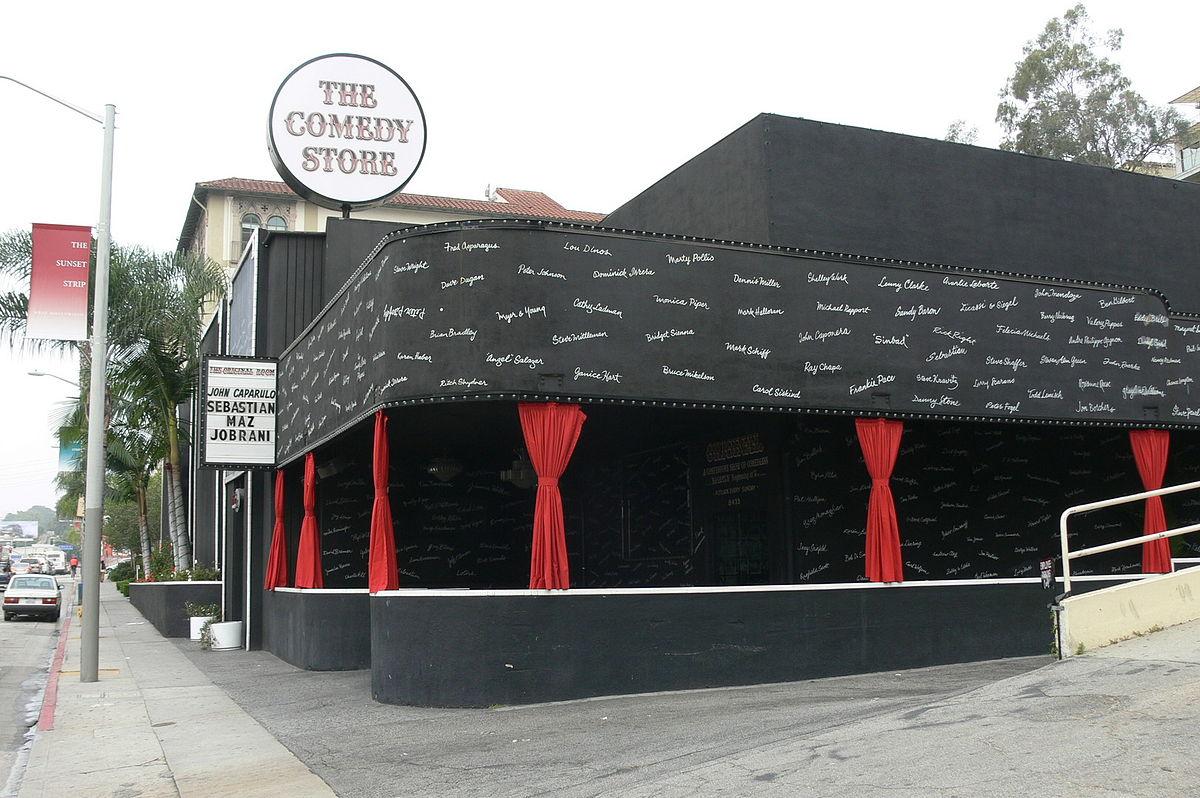 The Comedy Store is Doing a Live Can’t-Miss Benefit

The Comedy Store is one of the great communal experiences in Los Angeles. Right on Sunset Blvd and next door to the old riot house, the comedy store has an incredible history you can feel as you walk in the doors. It’s one of the best places in the country, if not on planet earth, to share some laughs with your fellow man.

Right now, The Comedy Store is closed down due to the coronavirus. Since closing their doors to the public, the owners of the store have done right by their employees and kept them paid. The Store, which was owned by the late Mitzi Shore (an amazing character), wants to continue to keep their employees paid during these tough times. Which is why they’re doing a benefit any comedy fan will want to watch and support.

The Comedy Store has its own podcast, in which regular acts at the club drop in to talk all things comedy. Three upcoming episodes are a benefit for the store and its employees. On Tuesday, April 21st at 5:00 PM (PST) ,some huge comedians will appear on the show to perform and raise money for the good cause.

The Comedy Store will air three one-hour episodes. They’ll be available on Youtube, Apple TV, Amazon Fire, and other major platforms. Audience members will be able to donate to The Comedy Store Family Club.

Here are the episodes and guests planned:

These comedians are some of the main star acts at The Comedy Club. They’re there practically every week if they’re not on the road. Bobby Lee always kills, Tom Segura is one of the best in the business, Bill Burr is Bill Burr, Bert Kreischer is nothing but fun, and Whitney Cummings and Neal Brennan are two of the more thought-provoking high-profile comics out there. We could praise all these guests, including Donnell Rawlings, who gets audiences to laugh over the worst of the worst subjects. He’s a master.

As for that special guest in the episode with Rawlings, let’s hope it’s Dave Chappelle. He drops by the store every once in a while as a “surprise guest,” and he has a long history with Brennan (co-creator of The Chappelle Show) and Rawlings (a star on the Comedy Central classic).

Fun Facts About The Comedy Store

The store first opened in 1972. It’s where so many stars have been born. Robin Williams, David Letterman, Jay Leno, and more first made their splashes in Los Angeles at the store. The club is where comics were discovered and landed spots on the Johnny Carson show. The history doesn’t stop there. Any comedy fan should read “I’m Dying Up Here,” which the Showtime series didn’t quite do justice. There have been some dark chapters in The Comedy Store’s history, which former comic and now filmmaker Mike Binder is now making a doc about.

Another Piece of Comedy Store History

The comedy club was once a hot spot nightclub called Ciro’s. People claimed the club was haunted. Workers saw all sorts of unexplainable acts, such as a chair sliding across the floor by itself. The origin story goes that it was a mob hangout and a favorite spot for one of LA’s most notorious gangsters, Mickey Cohen. More than a few people were murdered at the location. Bullet holes are reportedly still left in the basement wall. The location has a long and dark history that, oddly, is fitting for the comedy club. Laughs and tragedy, what’s more perfect for a comedy club?