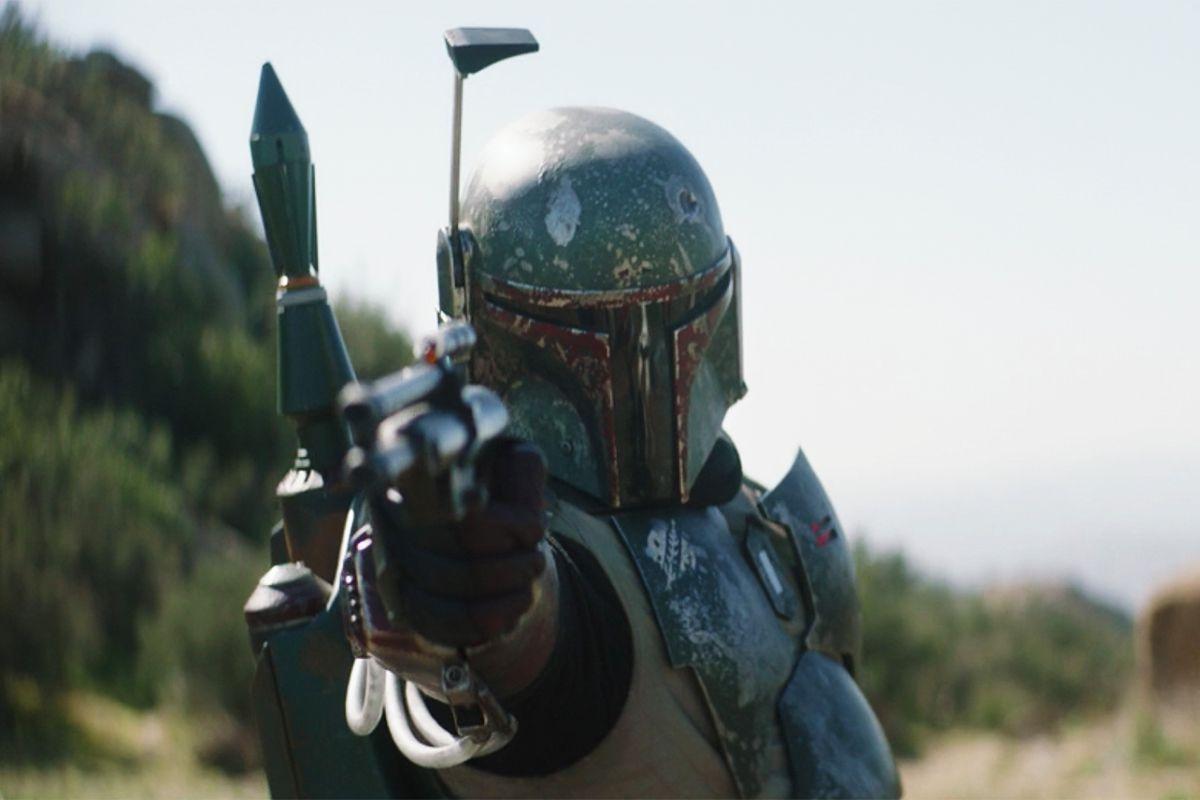 Everything to Know About ‘The Book of Boba Fett’

Boba Fett made a triumphant return in the second season of The Mandalorian. The character made a huge splash, surprising and delighting fans. More Fett is on the way this year in The Book of Boba Fett from The Mandalorian producers, Jon Favreau and Dave Filoni, as well as director Robert Rodriguez.

The iconic character fully returned in episode six of season two. The character and actor Temuera Morrison made a brief appearance in the season premiere, watching and following The Mandalorian. It wasn’t until episode six did the character don his armor alongside scene-stealer Fennec Shand (Ming-Na Wen). He saved her life, so she now owes him a debt. They make for a powerfully deadly team alongside Mando.

The trio struck a deal to help the armored hero reunite with “baby Yoda” after his kidnapping. In the excellent season finale of The Mandalorian, the three work together to beat the odds and win the final round of season two. It was some of the most exciting spectacle from the newest Star Wars stories.

After the credits rolled for season two, Boba Fett and Shand’s future adventures were teased. Their series will debut in 2021, presumably in the winter. There’s no specific release date. Even with the coronavirus, given how the show shoots in sound stages, production should have little trouble this year getting underway. Production of The Mandalorian season two faced few problems during the pandemic, as reported.

The last we saw of Fett, Shand and him taking over Jabba the Hutt’s iconic palace, which was one of the last places we saw Boba Fett in Return of the Jedi. The palace, as all Star Wars fans know, is on Tatooine. It’s where Luke Skywalker grew up and dreamed of a bigger future. Anyway, Fett takes Jabba’s throne and then the title card reveals, “THE BOOK OF BOBA FETT…. COMING DECEMBER 2021.”

Disney keeps their future Star Wars properties under lock and key until they’re ready to announce them. Rarely do serious leaks related to the franchise happen, due to the secrecy and NDAs signed. The Boba Fett was a surprise not spoiled, so that title card was a great shock to fans. “We didn’t want to spoil the surprise during the big Kathleen Kennedy announcement of all the shows [during Investor Day earlier this month], so they let me keep this one a secret, ” Favreau said on Good Morning America. “So this is actually separate from The Mandalorian season 3. But what we didn’t say in that announcement is the next show coming up — what Kathy called ‘the next chapter’ — is going to be The Book of Boba Fett, and then we go into production right after that on The Mandalorian, back with the main character that we all know and love… pretty soon following that. There’s a lot of Star Wars content coming out, I think they announced 10 projects, I think this will be 11.”

Best of all, Robert Rodriguez is involved in the series. Rodriguez has actually been a longtime friend of Star Wars creator, George Lucas. The two have known each other for 20 years. Both of them pushed the boundaries of digital filmmaking, taking it into the mainstream before film all but went away. Rodriguez had a blast in Lucas’ sandbox with all his toys, most of all Boba Fett.

In the original Star Wars trilogy, Boba Fett was just a cool and mysterious character lurking in the shadows. We didn’t know much at all about him, at least until the prequels depicted his childhood and future. The Mandalorian, however, was our first real look at Boba Fett, the code he lives by, and most impressive, how he fights. The Boba Fett action did not disappoint in The Mandalorian. If Rodriguez returns to direct episodes, which is unconfirmed, we know we’re in store for grand action. Mando fights with elegance, while Boba Fett fights like a bull in a China shop.