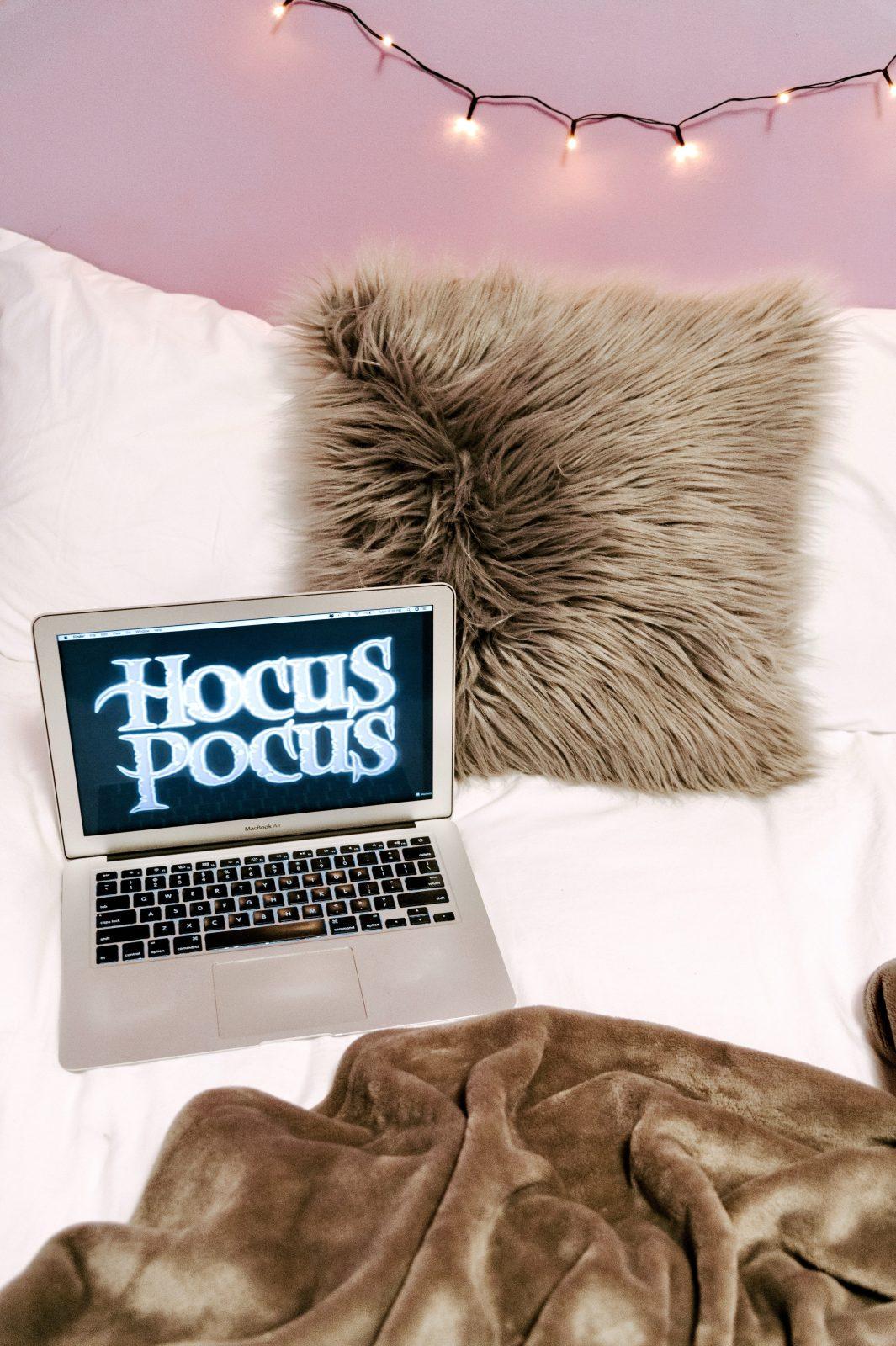 Halloween movies are arguably the best part of Halloween. There is nothing better than turning all the lights off, getting some candy to snack on, and putting on a great spooky movie. Halloween movies are even more important this year when costume parties and trick or treating are not an option in most places. Some of us, however, just aren’t that into hardcore horror. Whether you have kids or just aren’t in the mood for all the gore, here are some of the best ones to help you celebrate the season without getting nightmares.

I am only half-joking when I say that the Addams family may have been amongst my most positive role models growing up. I have been Wednesday Addams for Halloween so many times that I’ve lost count. My dad, my brother, and I would order the DVDs over and over again on Netflix and watch them every Halloween. Also once every few weeks throughout the rest of the year. The Addams family is creepy, kooky, mysterious, and spooky and makes for the ideal Halloween film. There are some spooky moments, some mysterious moments, and some hilarious light-hearted moments to balance it all out. The actors are amazing, the characters are unmatched, and if you aren’t watching this movie this October, what are you even doing with your spooky season?

Like its predecessor, Addams Family Values is pure movie gold. Debbie Jellinsky, played by Joan Cusack, is just such an iconic villain. This is one of those rare sequels that might actually be better than the first movie and the first movie set quite a high bar to begin with. It has all the same hilarious family dynamics and overt eccentricity that the first film has, but with an even bolder plot. Somehow, this film manages to throw all sense of decency aside, but do so without offending anyone. This movie has everything; a summer camp disaster, a serial killer with a fabulous wardrobe, a baby named Pubert, and an unfortunate girl scout. What more could you want in a Halloween movie?

The 90s’ was a really good decade for Halloween movies, and Hocus Pocus is one of those cult favorites that defined the genre. By far the best part of this movie is the Sanderson sisters. Played by Bette Midler, Sarah Jessica Parker, and Kathy Najimy, these three ridiculous, villainous, and long-dead witches rise from the grave on Halloween to wreak havoc on Salem. Hijinks ensue. With such a remarkable cast, this movie became an instant classic. It’s an essential part of any Halloween movie playlist.

If you’re looking for something a little less spooky but still filled with lots of Halloween fun, Hotel Transylvania just might be the perfect movie for you. This one wasn’t around when I was a kid, but it was just in time for my baby siblings, and let me tell you, to this day it is still a crowd-pleaser. It’s one of those rare movies that the whole family can watch and enjoy. There is just enough spookiness to satisfy the Halloween category, but not too much so even the youngest member of your crew can enjoy peacefully.

Alright, with this one were skipping back to the zany, eccentric, and innuendo-filled category of Halloween films. This is a classic play on the old Frankenstein tale, remade and reimagined to be side stitchingly hilarious. The film is directed by Mel Brooks and stars Gene Wilder, so you just know it’s going to be good. You know the story, a misguided doctor finds a way to reanimate a dead body and things go poorly. Unlike the old tale, however, this movie version is filled with plentiful off-color jokes and all sorts.

Pretty Much Anything Directed By Tim Burton

From Edward Scissor Hands (1990) to Beetlejuice (1988), The Corpse Bride (2005) to The Nightmare Before Christmas (1993), Tim Burton is basically the King of Creepy. Even that Alice in Wonderland movie he directed had a little bit of a scary vibe. None of these are technically Halloween movies, but they all have the proper unsettling vibes to perfectly suit the mood. Just type in Tim Burton into whatever streaming service you use and you’re bound to stumble on something perfect for the spooky season.

Well, now that you’ve seen the name, at least half of you will have the theme song stuck in your head for the rest of the day. If that’s not the hallmark of an iconic film, I don’t know what is. This movie has all sorts of supernatural creatures to suit Halloween, but it also has tons of lighthearted and hilarious moments. Bill Murray is, as always, a delight. It’s a total classic worthy of any movie night.

And last but not least, the legendary story of The Great Pumpkin. I’m not sure if this even counts as a movie. Maybe it’s more of a short film? Whatever it is, it is an absolutely essential piece of Halloween programming. I watched this every single October without fail until at least high school. Often twice, once with each parent. It’s happy and fun and sweet. It features all of the beloved Charlie Brown characters as they wander around searching for the famous Great Pumpkin. No holiday is complete without a Charlie Brown special, and Halloween is no exception.