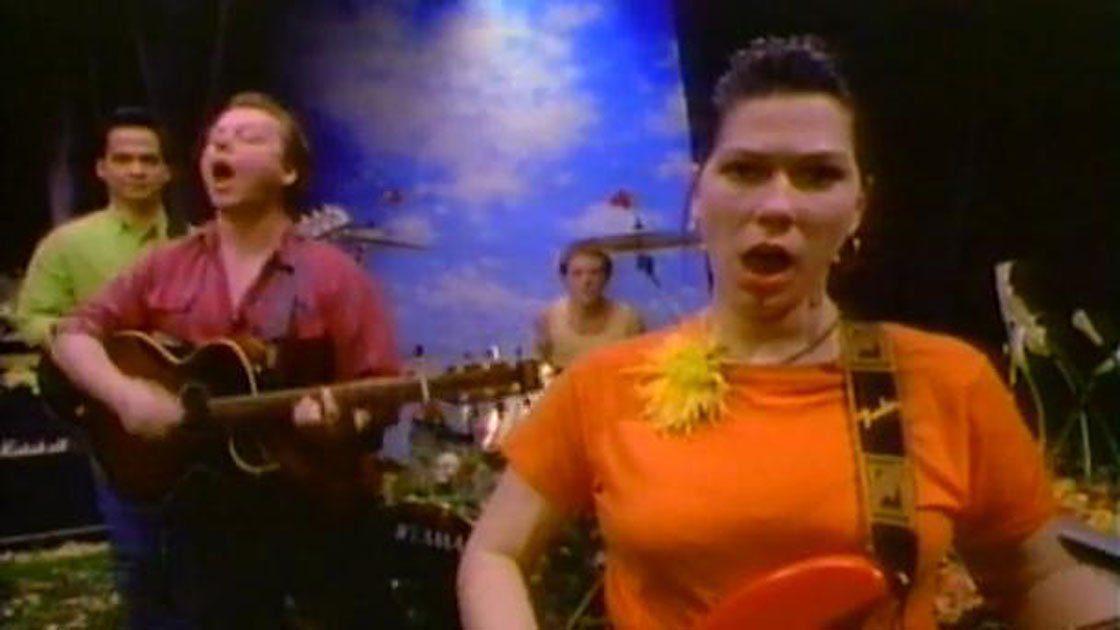 Remember the creepy old days of Peter Sarsgaard? Boy, he knew how to play a proper villain. So much so that his effective on-screen creepiness was once a great Saturday Night Live gag in which he creeped out the entire cast. He hasn’t played too many villains lately, but maybe, just maybe, he will again be in the next Batman movie, titled The Batman. At this time, Sarsgaard’s role is unknown, although Harvey Dent is a rumor. The actor hasn’t confirmed his role, but he has confirmed the obvious: the next Batman movie is a lot like the classic rock band, The Pixies.

Something about the atmosphere of The Batman reminds Sarsgaard of The Pixies, who kind of represent what’s hip and cool about rock music. For those unfamiliar with The Pixies, they had a remarkable run from 1988-1990 with their albums “Surfer Rosa,” “Doollite,” and “Bossanova.” Those albums and their hits endure.

During TCA, Sarsgaard compared the new Batman movie to The Pixies (Source: Cinemablend):

“Matt directing this Batman [is exciting]. The cast is so awesome. It seems different from other Batman movies to me, just with the cast. There’s something about it that has an edge, it’s young. To me, just my perception of it, it reminds me of when I was in college, and I went to go see The Pixies play, and looking around and feeling the vibe at a Pixies concert. That’s what it felt like to me, a song like ‘I Bleed.’ That it has the energy and that sort of thing, and isn’t so specifically targeted to a very young audience, or a very old audience, but has that power of chaos in it…”

The comparison to “I Bleed,” off the album Doolittle, is so damn intriguing. There’s elements of grime and aggression to it that perhaps isn’t far off from the tone writer-director Matt Reeves is going with for The Batman.

Surely no other comic book movie in the history of comic book movies has ever been compared to The Pixies. No question. To clarify, Sarsgaard added there’s an emotion to the band — especially frontman Frank Black’s voice — that he sees in The Batman:

There’s a youthful element to The Pixies, too, especially in their older work. With a younger Bruce Wayne played by Robert Pattinson (Tenet), maybe that hard-edged youthfulness is a part of the character. Whatever the case, there’s something about Sarsgaard seeing The Pixies in a Batman movie of all things that’s promising.

Sarsgaard is one of the many all-star actors appearing in The Batman, which is packed with famous villains from the franchise. Zoe Kravitz is playing Catwoman, Colin Farrell is playing The Penguin, and Paul Dano is playing The Riddler, to name a few. That’s a lot of villains for one movie, but Reeves is a great storyteller. He knows how to pull off epic narratives like the most recent Planet of the Apes trilogy.

The Latest on The Batman

Reeves is currently shooting the film in London and other parts of the world. Unlike filmmaker Christopher Nolan, he’s not going to Chicago or other major American cities for his Gotham. We’ve already seen that Michael Mann-esque vision of Gotham anyway. For Reeves, it sounds like he’s going with a far more gothic Gotham. The movie is a year and a half away, but don’t be surprised if we see a trailer this year during San Diego Comic-Con time.